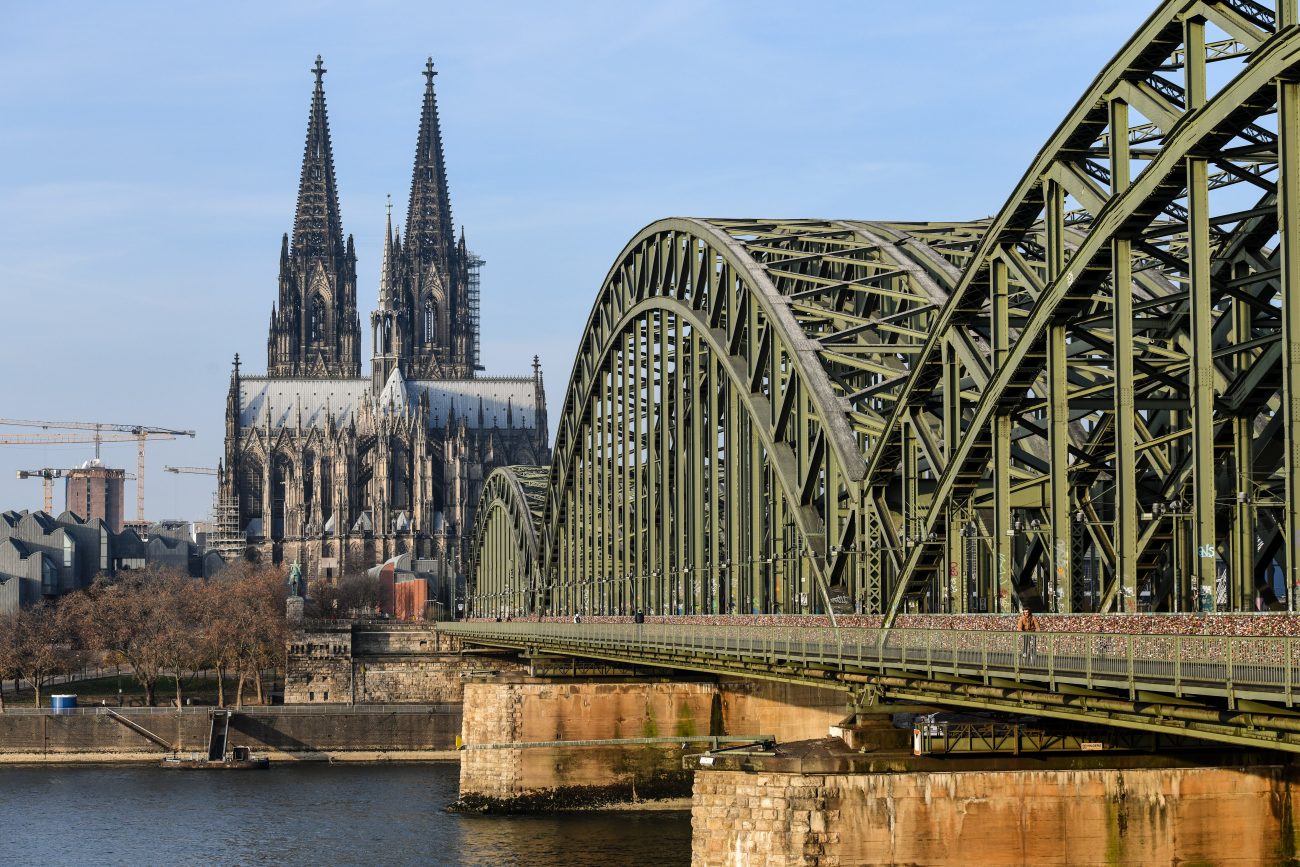 Germany's Cologne cathedral is pictured from the banks of the Rhine River Nov. 25, 2020. In the wake of reports on how clergy sex abuse was handled, Catholic laypeople in the Cologne Archdiocese have demand a local synod. (CNS photo/Harald Oppitz, KNA)

COLOGNE, Germany (CNS) — Catholic laypeople in the Archdiocese of Cologne have called for a local synod to address the ongoing crisis in Germany’s most populous diocese.

“We must make every effort to reestablish a genuine dialogue between the cardinal, senior members of the diocesan leadership and the grassroots of the church,” said Tim-O. Kurzbach, president of the Cologne archdiocesan council of Catholics.

On March 18, the law firm Gercke Wollschläger released a report on how clergy sexual abuse was handled in the archdiocese. The report showed that in 24 of 236 files studied, an investigation found 75 breaches of duty by eight officials, including archbishops, vicars general and personnel managers.

Among those accused of such breaches were Hamburg Archbishop Stefan Hesse and Cologne Auxiliary Bishop Dominik Schwaderlapp, as well as two former archbishops of Cologne, now deceased: Cardinals Joachim Meisner and Joseph Höffner.

Pope Francis has granted Archbishop Hesse, former personnel director in Cologne, a leave of absence from his duties as archbishop of Hamburg. Bishop Schwaderlapp has been suspended from his duties until further notice and has offered his resignation to Pope Francis.

Cardinal Rainer Maria Woelki was not incriminated, but later said, “It’s not just about doing the right thing, it’s about doing everything humanly possible. And I didn’t do that.”

The German Catholic news agency KNA reports the archdiocesan council — which represents laypeople — said it hoped a synod would lead to improved communication and “a new beginning based on sincerity and honesty.” The synod must create a binding framework for the future and address the systemic causes of sexual abuse, Kurzbach said. He added that it should be led jointly by the diocesan leadership and laypeople; everyone involved in the church should be able to participate.

The council called for a working group to be set up to prepare the synod. This group should be composed of equal numbers of representatives from the archdiocesan leadership and grassroots membership; councils, associations and women’s groups also should be included, the archdiocesan council said.

A diocesan synod is defined by church law as an assembly of clergy and laypeople of a diocese convened by a bishop. As a rule, it is usually presided over by the bishop and advises him. The bishop determines the issues to be addressed and decides which resolutions come into force.

KNA reported the only German diocesan synod so far in this century took place in the Diocese of Trier from 2013 to 2016. Some of its resolutions, including the creation of leadership teams for parishes in which clergy and laypeople participate equally in management, were later corrected in response to Vatican directives.