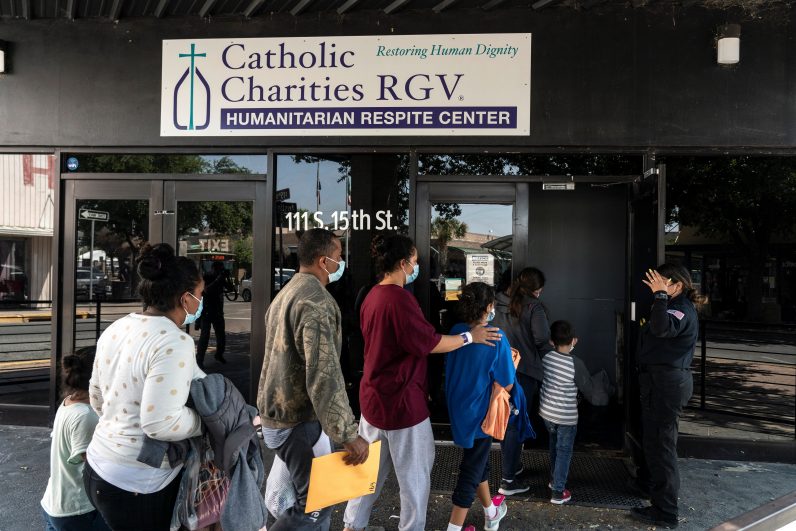 CHALATENANGO, El Salvador (CNS) — Life in the northern mountains of El Salvador is a tranquil as it can get: There’s little traffic but an abundance of tropical birds, fruits and lush hills.

That’s why Laura Melgar, 27, thinks that half of her friends her age whom she went to school with in the village of La Montañita, which borders Honduras in the Salvadoran highlands, have left the idyllic setting.

“There’s no gangs there, thank God,” she said. “But the men leave because they want to build a house, get married. When they’re here, they don’t have anything.”

The main dream for most of them is to head north to the U.S., start earning dollars, sending them home to begin building a house, buy a few animals and land, return and raise a family. But it’s a dream paved with a lot of dangers, sometimes fantasy and often broken promises by those who offer Central Americans in places such as in La Montañita probably their only shot at fulfilling their economic aspirations.

While the poor and middle class in the large city centers such as San Salvador leave because of gang problems, rural dwellers in remote places such as La Montañita are driven to leave because of lack of work and the impossibility of fulfilling their dreams.

The start of pursuing such a dream often starts with a phone call.

Felipe Abrego, of El Salvador’s Diocese of Chalatenango, who has seen countless friends and family leave the agricultural region over the years, said that often townsfolk know of a point person, a “fixer” in town connected to what are commonly called “coyotes,” or smugglers.

The fixer screens the potential migrant and if the person has the money, usually about half of the trip’s cost, “then he or she sends the coyote over” to talk to the would-be migrant to iron out details. 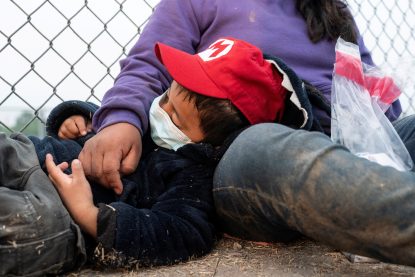 After crossing the Rio Grande from Mexico into the United States to seek asylum, a 4-year-old migrant child sleeps on the ground by his mother while they wait to be transported by Border Patrol in La Joya, Texas, April 8, 2021. (CNS photo/Go Nakamura, Reuters)

One of the “services” on the menu includes crossing the migrant into U.S. territory within sight of immigration authorities so they can apply for asylum once they cross the border.

Others offer to take them as close as possible to the border, but the migrants have to figure out how to get across alone; some smugglers tell them they’ll carry them across on a boat across the Rio Grande if they don’t know how to swim.

But some of the promises border on the ridiculous.

“Some of them have said, ‘You won’t have to cross the desert, we’ll travel by helicopter,'” Melgar told Catholic News Service. “I don’t believe that. I had a friend who left believing that and when I asked him if they really had traveled by helicopter, he said, ‘No, man, it was a lie. They threw me to the desert with a bottle of water.'”

There also was no boat waiting to get him across the Rio Grande as the “coyote” had promised.

Melgar said though the majority of those who leave are men, she has seen a few female friends also head out on the dangerous trek in the past few years and for the same reasons: lack of jobs at home but also lack of men to marry and start a family since so many have left La Montañita.

Even those who have managed to obtain what they wanted, a house and a spouse, in the end have not been able to enjoy their fortune, since keeping that dream alive has required that they stay in the U.S. to earn a steady income.

“Sometimes the wife is left in the house alone caring for (the property) or sometimes the house is built, but no one lives there,” Melgar said.

It’s easy to tell who has a house built with dollars earned in the U.S. since the newer, more expensive structures typically have several stories, tower over the modest adobe and brick homes that are now becoming less ubiquitous in the rural landscape.

They’re also the ones that have no lights on most of the year, no people inside to enjoy them. Maintaining their upkeep in a place without an industry such as La Montañita is a hard, if not impossible, task.

What generates money in the region is buying and selling produce and dairy, sometimes cutting across to Honduras for sales, but it’s hardly a moneymaking venture since the economy is not diverse and the profit margin of the products is low.

The Biden administration, in part of its proposed $4 million plan to stem migration from the region known as the Northern Triangle — Honduras, Guatemala and El Salvador — wants to promote trade and investment as a way to foster jobs that would prevent Central Americans from leaving their home countries. But it’s hard to tell whether it would help those in La Montañita or similar rural landscapes.

Melgar, whose father left the household for 12 years while he went to work in the U.S. to build the family a home, said she, too, has considered leaving. However, she is waiting to see if she can pursue her two passions, English and cooking, at a university the government has promised to build in the nearby city of Chalatenango, although it seems a project that — like many others — has stalled, and with it, her dreams, too, have come to a halt.

“Some of my girlfriends left two years ago,” Melgar said. “They told me to leave with them, but I wasn’t brave enough. All them of arrived OK, but they told me the horrible things they had seen.”

The group, in their late teens and early 20s, took off on foot with a coyote, who made them run across the desert at night, Melgar said.

“They said they had seen skeletons and snakes appearing and disappearing in the dirt,” and while crossing the Rio Grande into the U.S., they saw a woman drown, Melgar said. They also told her how some people had run out of water and they scrambled to scrape drops of water from nearly empty water bottles to save them.

And yet all you hear about is those who make it across the desert alive, you see them posting videos on Facebook while driving cars or with better clothes than the ones they had at home, Melgar said.

“I tell my friends not to post that because all they do is feed illusions,” she said. “That’s not right because there’s also a lot of death.”

Yet the dream of leaving remains a strong one. She said she was dating a young man who told her, “I have a dream: to go to the U.S. Would you like to come with?”

But she said she would never think of attempting it and the only time she was mildly interested was when her girlfriend had fanned her illusions.

“I’m afraid of snakes, I don’t run fast, and I thought, if I go, maybe I’m just off to encounter death,” she said. “I also thought, maybe life is not the way they paint it with the color of roses.”

PREVIOUS: Pope calls all Catholics to be missionaries of God’s mercy

NEXT: Major Vatican conference on priesthood slated for 2022