Irish government to lift ban on Mass attendance May 10 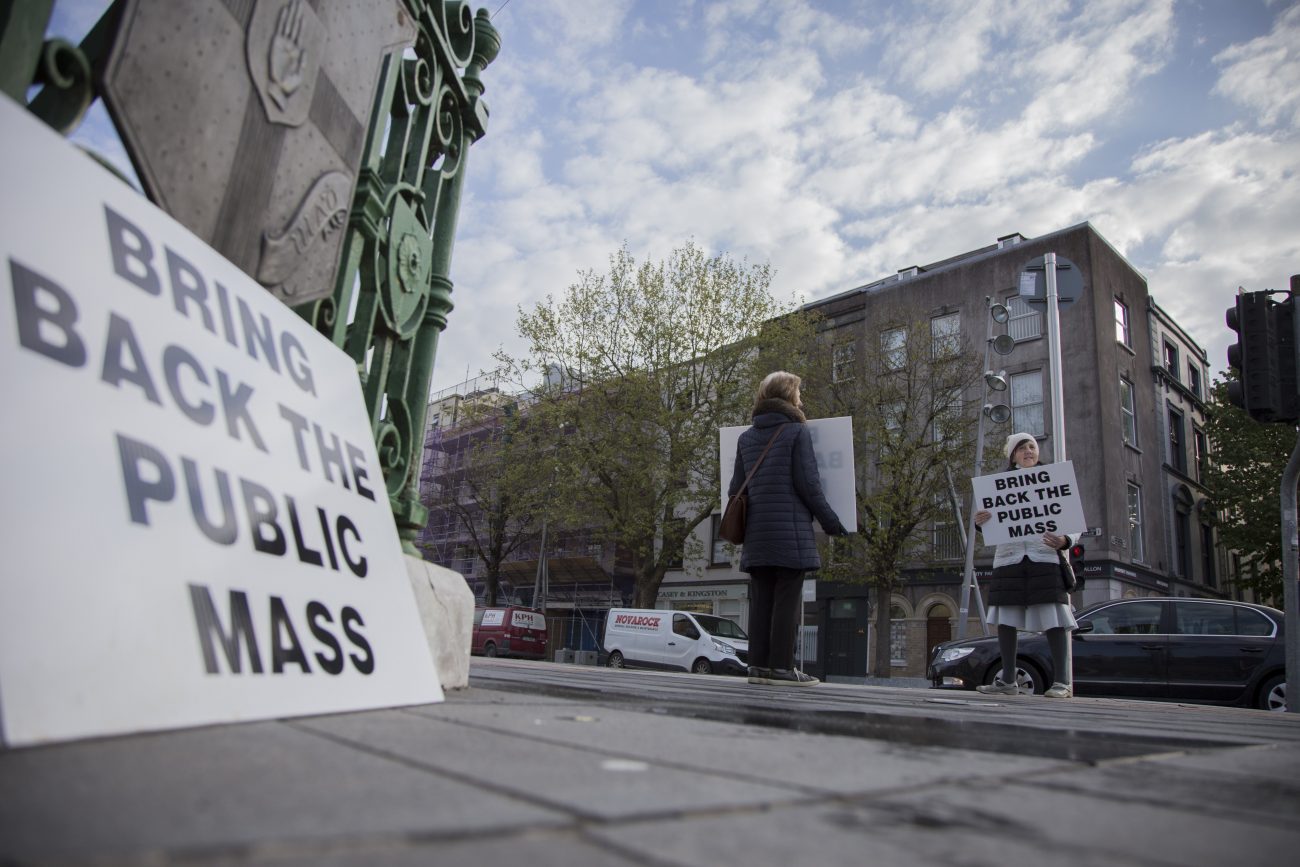 Concerned Catholics protest Ireland's ongoing cancellation of public Mass in Cork City April 29, 2021, during the COVID-19 pandemic. The Irish government has confirmed that a controversial COVID-19-related ban on Catholics attending Mass will be lifted May 10. (CNS photo/Cillian Kelly)

DUBLIN (CNS) — The Irish government said a COVID-19-related ban on Catholics attending Mass will be lifted May 10.

Irish Prime Minister Micheál Martin made the announcement in an address to the nation April 29 as he revealed a new road map for the reopening of society.

Public worship has been banned since Dec. 26 amid increased cases — a move accepted by the Irish bishops’ conference and other faith leaders. However, the government provoked controversy earlier in April when Health Minister Stephen Donnelly made it a criminal offense for a priest to plan a public Mass or a Catholic to leave home to participate in Mass.

Archbishop Eamon Martin of Armagh, Northern Ireland, head of the Irish bishops’ conference, described this move as both “provocative” and “draconian.”

The prime minister announced in a televised address that up to 50 people will be permitted to attend Mass beginning May 10. Up to 50 people will also be able to gather for funerals and wedding ceremonies; however wedding receptions will be restricted to just six people, or 15 people if the reception takes place outdoors.

Ireland had the strictest restrictions on religious services in Europe and currently remains the only jurisdiction in the European Union where a ban on people attending ceremonies exists.

Three of Ireland’s 26 dioceses straddled the border with Northern Ireland and, north of the border, public worship has been permitted since March 26.

NEXT: Under pope’s new laws, cardinals and bishops can face trial