Under pope’s new laws, cardinals and bishops can face trial 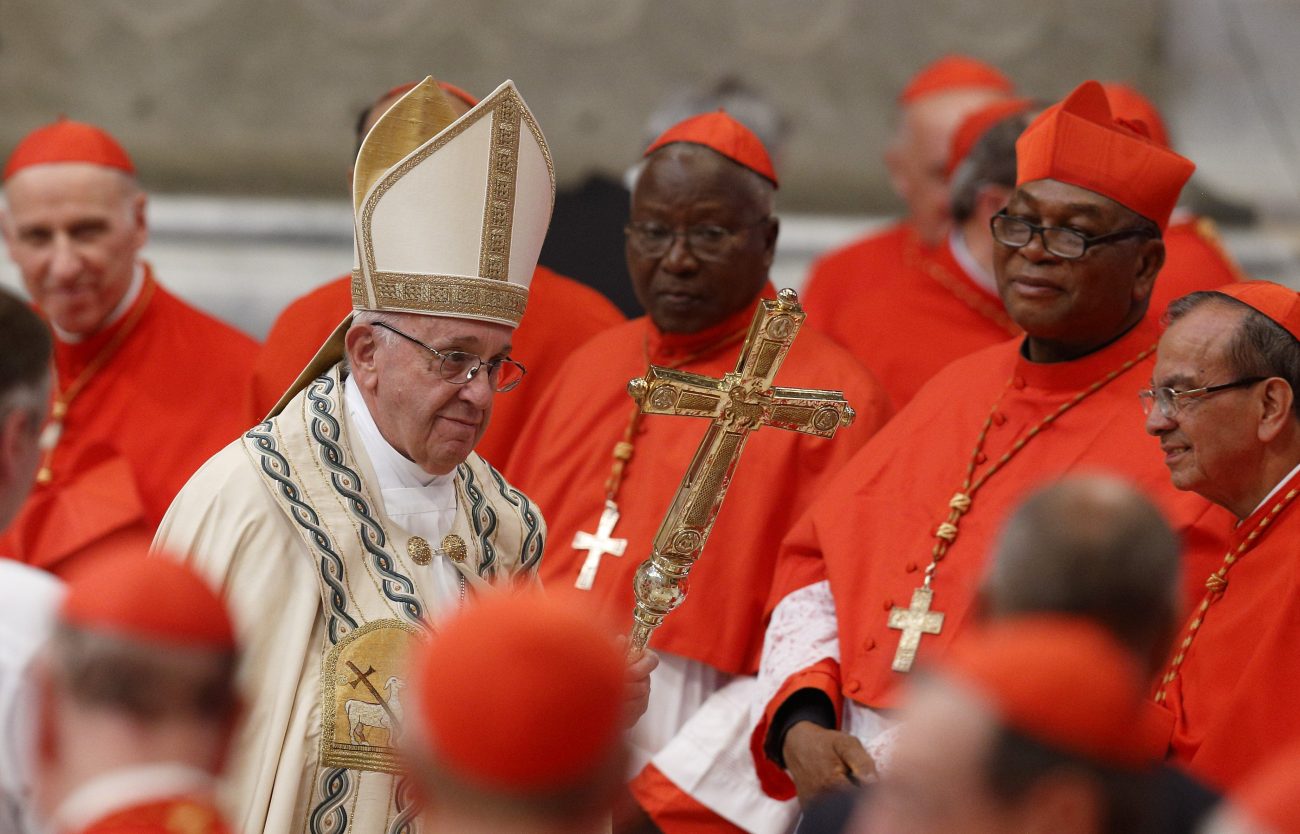 Pope Francis leaves after a consistory to create 14 new cardinals in St. Peter's Basilica at the Vatican in this June 28, 2018, file photo. The pope has updated rules for the Vatican court system so that cardinals and bishops accused of a crime can now be tried by the Vatican City court, just like priests and laypeople can be. (CNS photo/Paul Haring)

Updating the laws that govern the Vatican’s civil judicial system, Pope Francis stated that cardinals and bishops accused of a crime can now be tried in a Vatican court.

The pope said the new measure, issued “motu proprio,” on his own accord, reflects the “fundamental equality of all” by ensuring that the Vatican judicial system conforms to the principle that “among all the faithful there is true equality in dignity and in action.”

The pope also stressed the need for changes to the current judicial system “to ensure the equality of all members of the church and their equal dignity and position, without privileges that date back to earlier times and are no longer in keeping with the responsibilities that each person has in building up the church.”

“This requires solidity of faith and consistency of behavior and actions,” he wrote in the document published April 30.

Still, the new law says, the pope must give his “prior consent” before a cardinal or bishop is tried by city-state’s court. The court handles crimes against Vatican civil law, not the Catholic Church’s Code of Canon Law.

Showing his intent that cardinals and bishops will be tried like anyone else who violates the civil code, Pope Francis also abolished Article 24 of the current law, which stated that only the Court of Cassation — the Vatican’s appellate court consisting of three cardinals and several associate judges — “is competent to judge” cases against cardinals and bishops.

PREVIOUS: Irish government to lift ban on Mass attendance May 10

NEXT: In times of trouble, church turns to prayer with Mary, theologian says