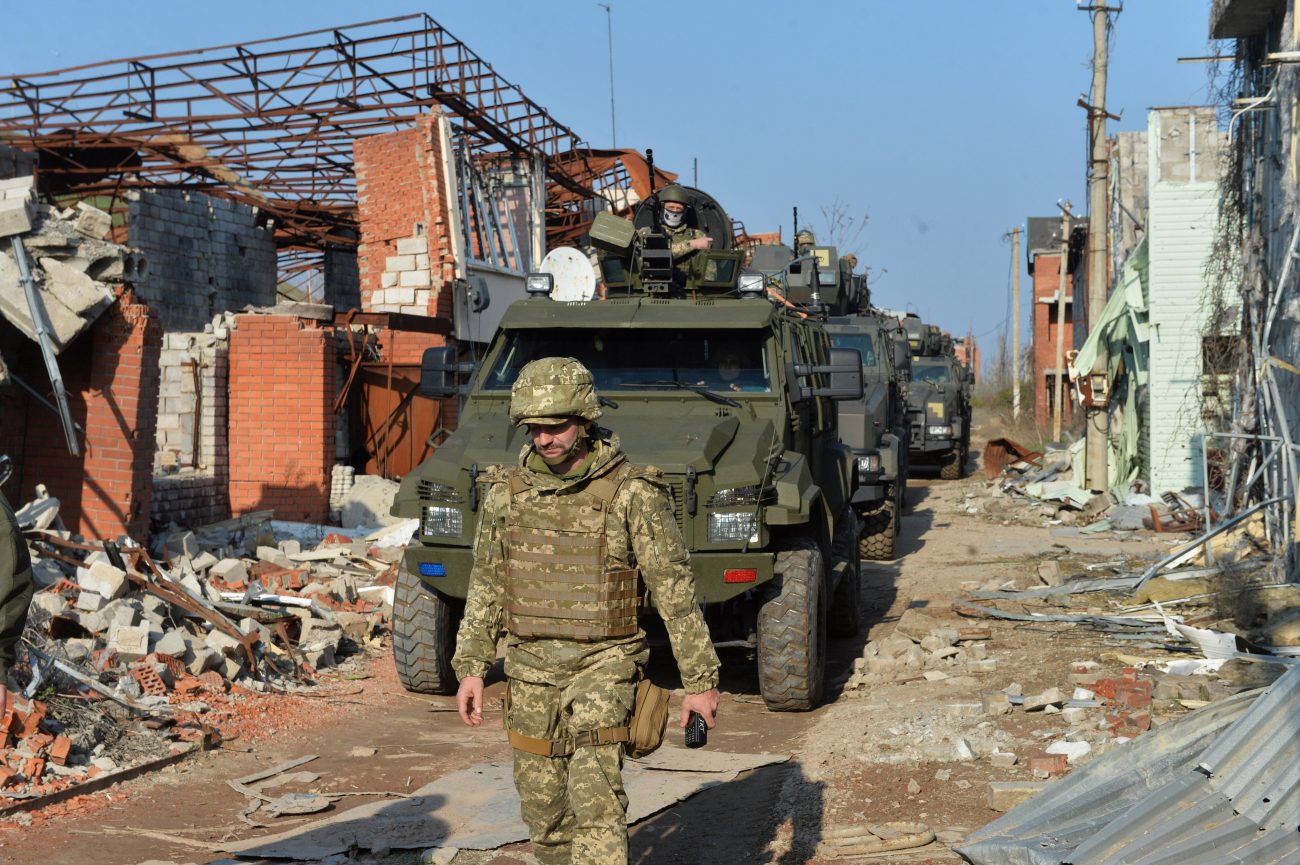 “Nothing has changed — the great bulk of Russian forces are still here, as fighting flares intermittently and people still die,” said Bishop Stanislav Szyrokoradiuk of Odessa-Simferopol.

“The east and south of Ukraine are areas of greatest Russification in Ukraine and have always been the main object of Russian interest. So the situation remains insecure — no one knows what will happen.”

Diplomatic efforts to persuade Russia to scale back its buildup on Ukraine’s eastern border continued. Current estimates indicate Russia has more than 100,000 military personnel at the border.

In an April 28 interview with Catholic News Service, Bishop Szyrokoradiuk said constant media images of Russian tanks and troop movements had instilled “great fear” among Catholics, especially in Odessa and Kharkiv; he said such fear would be the “first strategic goal of an invasion.”

“Perhaps the aim is just to frighten us, or perhaps the show of force will suddenly become something more dramatic,” Bishop Szyrokoradiuk said. “What we really need now is peace, so our Catholic diocese, once small and isolated, can develop and flourish as part of the universal church.”

Russia began deploying land and airborne divisions in late March in its Rostov, Bryansk and Voronezh border regions, as well as in Crimea, triggering counterpreparations in eastern Ukraine, where a war with Russian-backed separatists has left more than 14,000 fighters and civilians dead since April 2014.

On April 22, Russian Defense Minister Sergei Shoigu said some forces would be pulled back.

In a mid-April appeal, the All-Ukrainian Council of Churches and Religious Organizations urged international institutions to help restore a July 2020 cease-fire agreement, adding that a new upsurge in firing and shelling had caused “deep grief and human suffering” the Ukrainian regions of Donetsk and Luhansk, occupied by separatists.

In an April 28 TV interview, the council’s chairman, Archbishop Sviatoslav Shevchuk of Kyiv-Halych, major archbishop of the Ukrainian Catholic Church, called on Ukrainians abroad to spread word about the situation and be “witnesses to truth” about the seven-year conflict.

Bishop Szyrokoradiuk said non-Orthodox Christians had faced “harsh conditions” in Donetsk and Luhansk, where a single Catholic priest was allowed only occasional access to each region’s two parishes.

He added that his Odessa-Simferopol Diocese now had over 70 priests and parishes, compared to just one 30 years ago. He also said many Catholics were unable to work because of coronavirus infections, which peaked in early April, while food prices were high and subject to frequent disruptions.

“Without the great help provided by the American bishops and Catholic charities in Europe and the U.S., I’ve no idea how we would maintain our clergy and our social and charitable work — we’re deeply grateful for this solidarity,” said the 64-year-old bishop.

“Mentalities are changing, as people look more to the West than the East and as more Ukrainians come to the Catholic Church to escape the squabbles afflicting other denominations. We count on a return to peace so our work can continue and strengthen.” 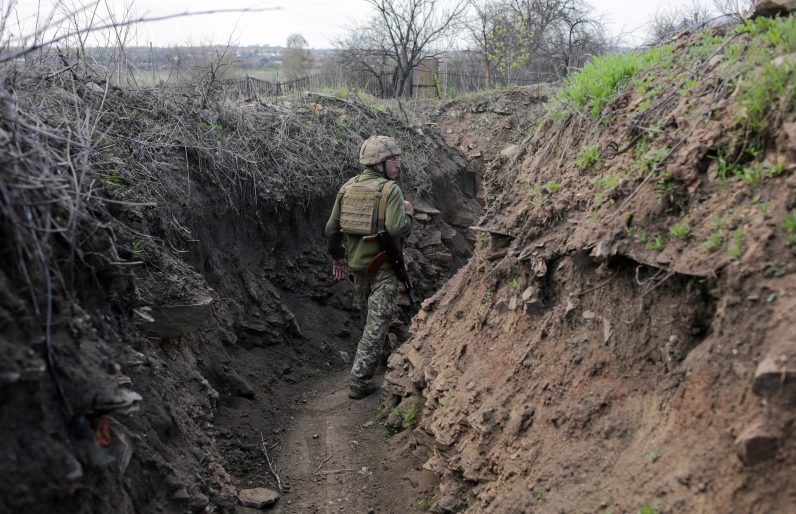 A service member of the Ukrainian armed forces walks at fighting positions on the line of separation near the rebel-controlled city of Donetsk April 26, 2021. (CNS photo/Anastasia Vlasova, Reuters)

NEXT: Irish government to lift ban on Mass attendance May 10