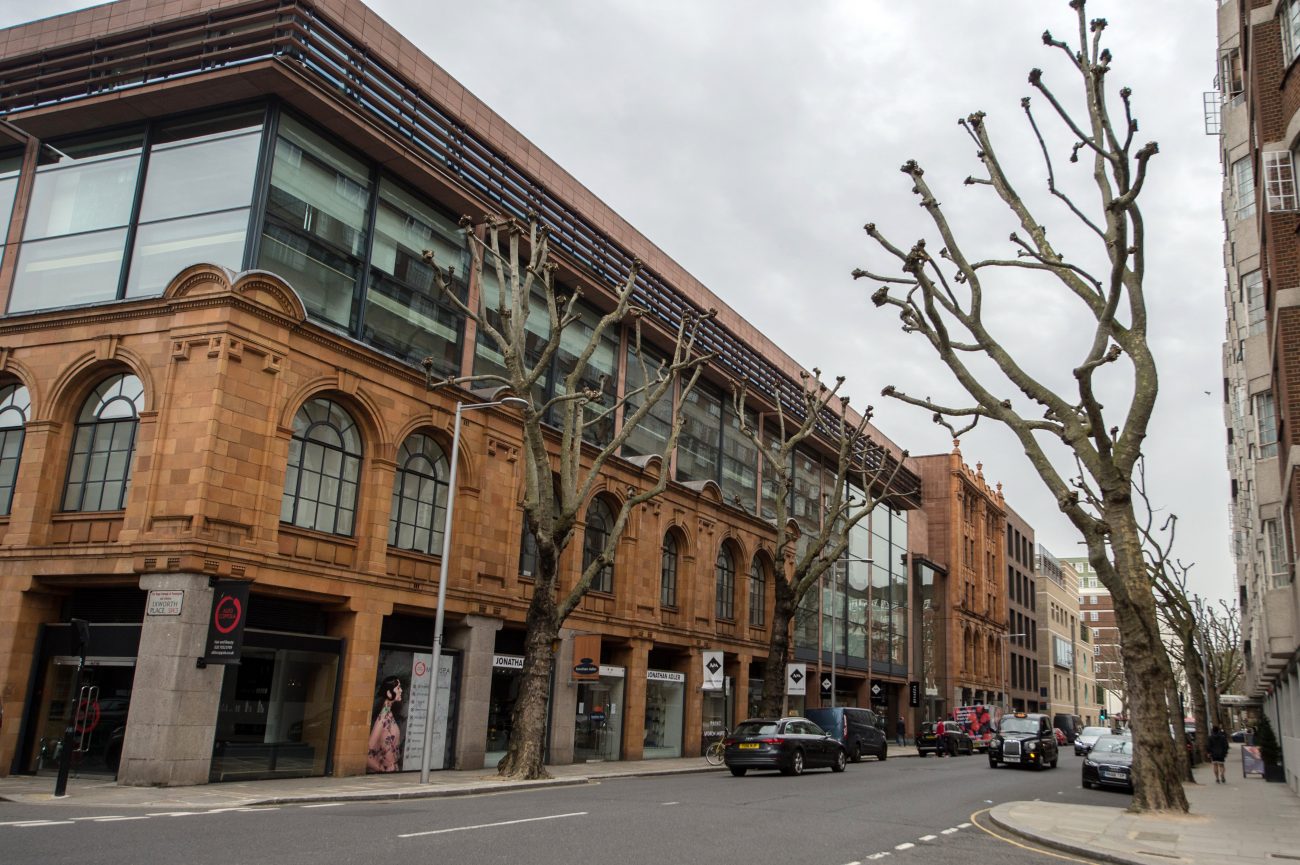 The Vatican in 2018 bought this building at 60 Sloane Avenue in the Chelsea neighborhood in London as an investment after first owning a partial stake in the property. The acquisition of the building has devolved into multidimensional scandal. In the latest development, Italian authorities issued an arrest warrant for Gianluigi Torzi, an Italian broker who served as the middleman in the Vatican's purchase of the property. The building is pictured in 2012. (CNS photo/courtesy Marcin Mazur)

(CNS) — Italian authorities issued an arrest warrant for Gianluigi Torzi, an Italian broker who served as the middleman in the Vatican’s majority stake purchase of a property in London’s posh Chelsea district.

According to court documents, Italy’s finance police requested the warrant after an investigation into Torzi and three associates who are suspected of money laundering, fraud and tax violations, the Reuters news agency reported April 12.

Although the charges are related to violations against Italian finance regulations, the charges stemmed from the Vatican’s investigation into Torzi.

As of April 13, the warrant had not been served because Torzi is in Britain. The broker’s Italian lawyer vowed to file an appeal against the warrant, Reuters reported.

The arrest warrant is the latest chapter in the investigation of the questionable property deal that has been at the center of claims about financial mismanagement at the Vatican.

Vatican police conducted a raid on offices in the Secretariat of State and the Vatican financial oversight office in October 2019. The next day, the Italian magazine L’Espresso published an internal notice as well as leaked documents alleging the raid was part of a Vatican investigation into how the Secretariat of State used $200 million to finance the London property development project.

According to the leaked documents, the Vatican Secretariat of State purchased a majority stake in the property in 2018, incurring millions of dollars in debt.

In June, Vatican authorities arrested Torzi, accusing him of extorting $17 million from the Vatican as payment for the majority stake and his role in brokering the deal.

After spending 10 days in a Vatican jail cell, Torzi was granted a conditional release after providing “a detailed memorandum” and documents “deemed useful for the reconstruction of the facts under investigation.”

Nevertheless, he still faced Vatican charges of extortion, embezzlement, aggravated fraud and money laundering, and assets from his company Vita Health Limited, the fund used to receive the Vatican’s $17 million payment to Torzi, were frozen.

However, a British judge reversed the order to freeze Torzi’s assets in March. In his 42-page ruling, Judge Tony Baumgartner said that after considering all matters related to the case, “I do not consider there is reasonable cause to believe that Mr. Torzi has benefited from criminal conduct.”

The judge also criticized what he said were omissions by the Vatican prosecutor regarding the accusations against Torzi and said the Vatican’s “nondisclosures and misrepresentations are so appalling that” reversing the order to freeze the assets was justified.

NEXT: Catholics mobilize to help evacuees from Caribbean volcano