‘Patients are … dying in front of my eyes,’ says India hospital director 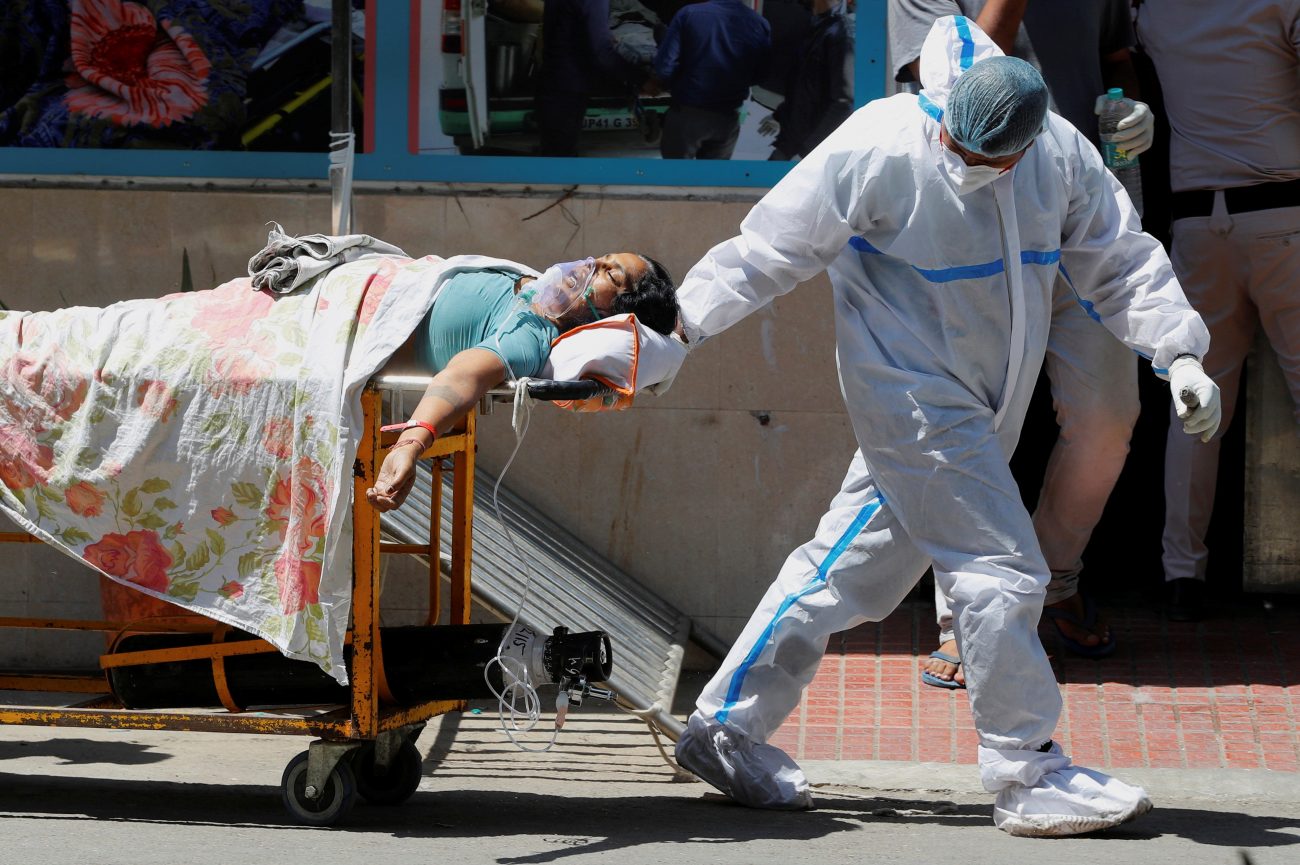 THRISSUR, India (CNS) — Catholic hospital directors in India told Catholic News Service they did not have enough facilities to treat patients as India set records for the number of COVID-19 deaths — numbers many people believe were underreported.

“The situation is very bad. No beds available anywhere in the hospital. Patients are on the corridors and many are dying because no beds, no oxygen,” Father P.A. George, director of the Holy Family Hospital in New Delhi, told CNS.

“I have no place even in emergency (area) to give oxygen. Patients are just dying in front of my eyes. Feeling so distressed and frustrated and helpless. It is horrible and the disaster is beyond the imagination. Please pray to God (to) give us strength to save some lives,” said the priest, who heads the largest Catholic hospital in New Delhi.

Though the hospital has a limit of 340 beds, it is accommodating nearly 400 patients, he added.

In Gujarat state, Syro-Malabar Father Thomas Nadackalan, director of Christ Hospital in Rajkot, told Catholic News Service April 26, “We have to turn away around 600 cases daily.”

“We are struggling to get oxygen in time to save the lives of those admitted,” he said. Of the 70 beds in the hospital, he added, 40 are set apart for those needing oxygen treatment.

The inadequate care and treatment in government hospitals in Ahmedabad, commercial capital of Gujarat, drew national attention as even the widespread deaths were underreported by the state government.

The National English daily The Hindu carried an investigative story exposing the hollowness of the government claim of only 78 deaths April 16, citing cremation of 689 bodies in seven cities alone under COVID-19 protocol in the state. 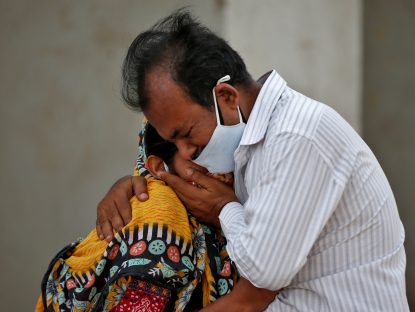 A woman is consoled by her relative outside a hospital in Ahmedabad, India, April 26, 2021, after her husband died from COVID-19 complications. (CNS photo/Amit Dave, Reuters)

“We have lost a dozen members of our community here,” P.T. Chacko, president of Gujarat Syro-Malabar Catholic Association, told CNS April 26. He, his wife and daughter were recovering from COVID-19.

Cardinal Oswald Gracias, president of the Catholic Bishops’ Conference of India, offered the church’s full support in “the war against the dreadful COVID-19 situation in the country.”

“There was lack of planning and lack of foresight. Otherwise, we would not have been in the awful situation we are in now,” Cardinal Gracias, archbishop of Mumbai, told Catholic New Service April 25. That day, India’s health ministry recorded nearly 354,000 new infections and more than 2,800 deaths. In the week of April 18-25, India witnessed exponential spread of the pandemic across the country.

“The world is concerned about the situation in India and I am getting several calls,” said Cardinal Gracias, endorsing widespread criticism in India against the federal government led by Prime Minister Narendra Modi for its laxity and failure to prepare for the second surge.

COVID-19 infections had peaked at 93,000 cases in mid-September in India, with 1.38 billion people. The infections declined steadily to 11,000 cases by February with daily death toll below 100. However, the fresh infections soon started rising with daily counts reaching 52,000 on April 1.

Following the deadly second surge, India media has been witnessing an unprecedented avalanche of criticism for the severe shortage of medicines, vaccines and even oxygen that the government had been exporting to other countries. The newspaper India Today reported the government failed to act on a February parliamentary committee report that had urged it to augment its oxygen production and supply system in preparation for a second surge.

The oxygen shortage has become the scourge of the nation, with hundreds of breathless COVID-19 victims dying even in hospitals struggling to get adequate oxygen supply.

Responding to reports of states blocking and even hijacking trucks carrying liquid oxygen to various hospitals, Cardinal Gracias said, “When traffic signal fails and there are no policemen at crossroads, there will be chaos.”

“The government has to increase oxygen supply and set up strict monitoring to ensure each hospital gets enough oxygen so that people do not die in hospitals,” he added.

“The nation has to fight against this pandemic on war footing. We have already opened … centers and (are) ready to extend all our support with our personnel and institutions in this fight,” he said.

On April 25, Cardinal George Alencherry, major archbishop of the Syro-Malabar Church, urged federal and state governments “to treat the availability of medical oxygen as a basic human right.” 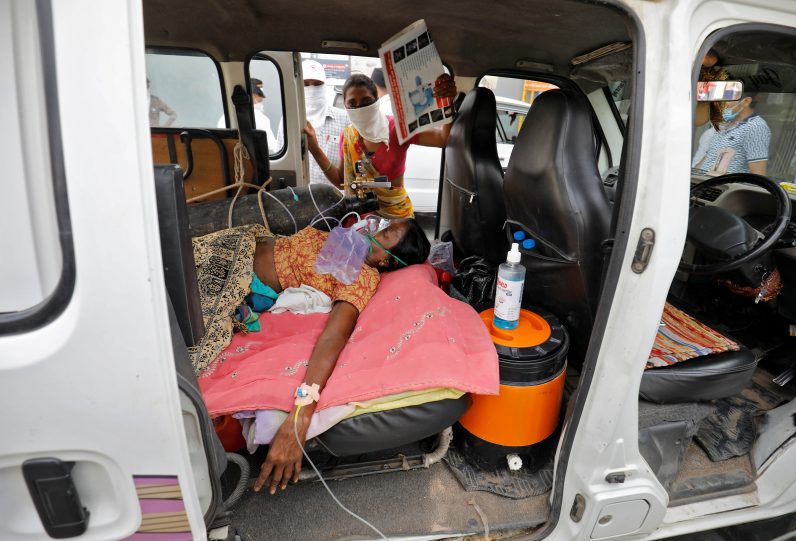 A patient wearing an oxygen mask lies inside a vehicle while waiting to enter a COVID-19 hospital for treatment in Ahmedabad, India, April 26, 2021. (CNS photo/Amit Dave, Reuters)

NEXT: Theologian: Polish cardinal’s beatification reminder of tests of communism