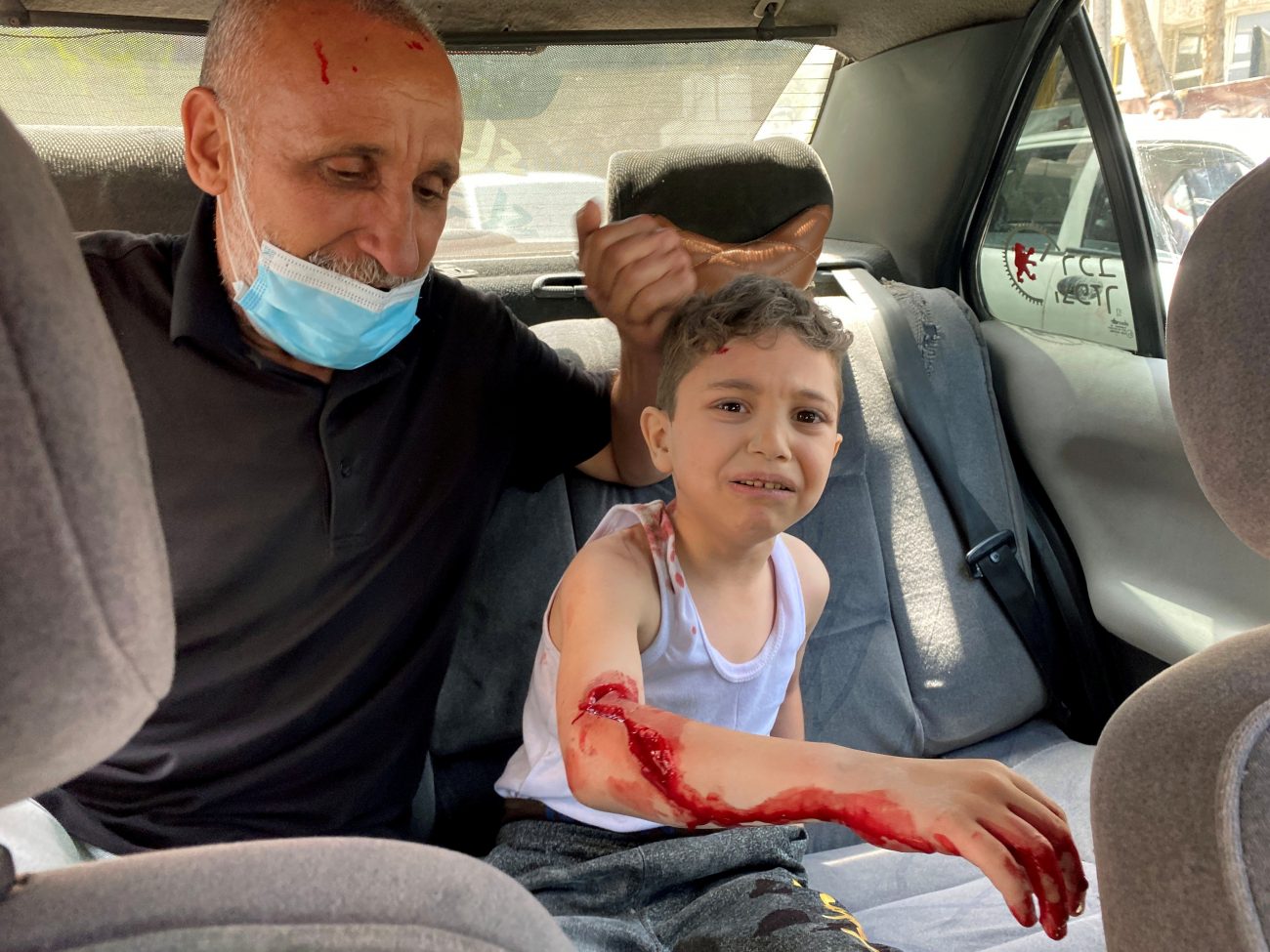 A wounded Palestinian boy reacts as he is transported to the hospital following an Israeli airstrike on a building in Gaza City May 11, 2021. (CNS photo/Mohammed Salem, Reuters)

“The violent events raging in occupied Palestine, which are still increasing in intensity daily, are nothing but an inevitable result of pressure and oppression practiced continuously by the occupying powers of the land of Palestine for more than seven decades,” said a May 11 statement from the Middle East Council of Churches.

A day earlier, Christian leaders in Jerusalem said they were “profoundly disheartened and concerned about the recent violent events in East Jerusalem. These concerning developments, whether at the Al-Aqsa Mosque or in Sheikh Jarrah, violate the sanctity of the people of Jerusalem and of Jerusalem as the City of Peace.”

The latest round of confrontation began early May 10, as Israelis prepared to celebrate Jerusalem Day, commemorating what Israel views as the 1967 reunification of Jerusalem and Palestinians see as the start of the Israeli occupation.

Police say they were forced to respond when Palestinians attacked a police post, hurling rocks, fireworks and other objects at police from the Al-Aqsa Mosque compound, a Muslim holy site. The site also is considered holy by Jews, who call it the Temple Mount after the two Jewish Biblical temples that stood there.

Later in the day, Palestinian militants in Gaza launched hundreds of rockets into Israel, killing two people and wounding at least 10. In response, Israel launched airstrikes on Gaza, sent troops to the border and called up military reservists. 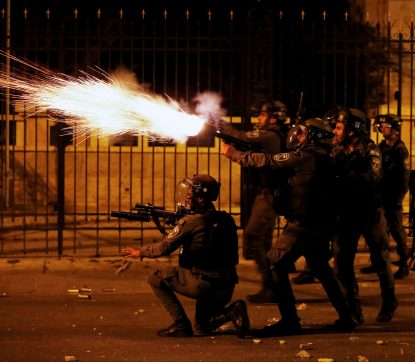 An Israeli border police member fires a weapon during an anti-Israel protest by Palestinians in Bethlehem, West Bank, May 10, 2021. The Palestinians were protesting the possible eviction of several Palestinian families from homes on land claimed by Jewish settlers in East Jerusalem. (CNS photo/Mussa Qawasma, Reuters)

The Gaza Health Ministry said May 11 at least 26 Palestinians — including a woman and nine children — had been killed in the strikes. It said more than 120 people were wounded.

The Middle East Council of Churches said “lifting the occupation of the Palestinian people and enjoying their freedom, dignity and full rights are the means that lead to lasting stability and peace in the region.”

Urging international leaders to enforce people’s rights, the council said: “Violence only generates violence and hatred only leads to more hatred, racial discrimination only makes revolution, and extremism only breeds extremism, and deprivation only engenders uprising, and the only way out of this destructive cycle is to give everyone his rights, through recognition of the rights of the oppressed firstly and, secondly, by taking this recognition to the realm of implementation without procrastination or equivocation. ”

In their statement, Jerusalem’s Christian leaders said: “The special character of Jerusalem, the Holy City, with the existing Status Quo, compels all parties to preserve the already sensitive situation in the Holy City of Jerusalem. The growing tension, backed mainly by right-wing radical groups, endangers the already fragile reality in and around Jerusalem.”

The Status Quo is a 19th-century agreement regulating jurisdiction of and access to key Christian sites in Jerusalem for Catholic, Orthodox and other Christian communities.

The statement from the Latin Patriarchate, which is similar to an archdiocese, said, “The violence used against the worshippers undermines their safety and their rights to have access to the holy places and worship freely.”

The Latin Patriarchate said it opposed any attempt to make Jerusalem an exclusive city for anyone.

“This is a sacred city to the three monotheistic religions, and, based on international law and relevant U.N. resolutions, also a city where the Palestinian people, Christians and Muslims, have the same right to build a future based on freedom, equality and peace,” it said.

From neighboring Lebanon, Cardinal Bechara Rai, Maronite patriarch, denounced “Israel’s violations in Jerusalem and its attacks on the Palestinian people,” deeming those aggressions “an evasion of international charters and laws and a persistent transgression of international legitimacy decisions that define the correct frameworks and concepts for permanent peace.”

He called on the Arab League to declare a firm stance on what is happening “on the basis that the priority is to achieve a just and comprehensive peace, and not to implement political plans that serve international interests in the region at the expense of the interests of its people.”

Throughout April and into May, Jerusalem has been engulfed in the worst violence in years as police prevented Palestinian youth from gathering at the Damascus Gate square during the evenings of the holy month of Ramadan as usual. Police said they were responding to TikTok videos showing Palestinians attacking religious Jews in the area. Tensions have also flared over pending evictions of Palestinians from Sheikh Jarrah. 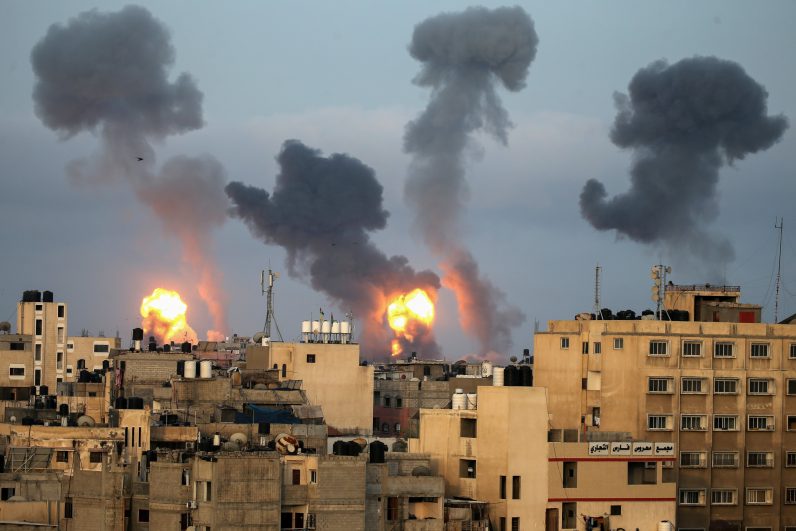 PREVIOUS: Being a catechist is a vocation, pope says in establishing formal ministry