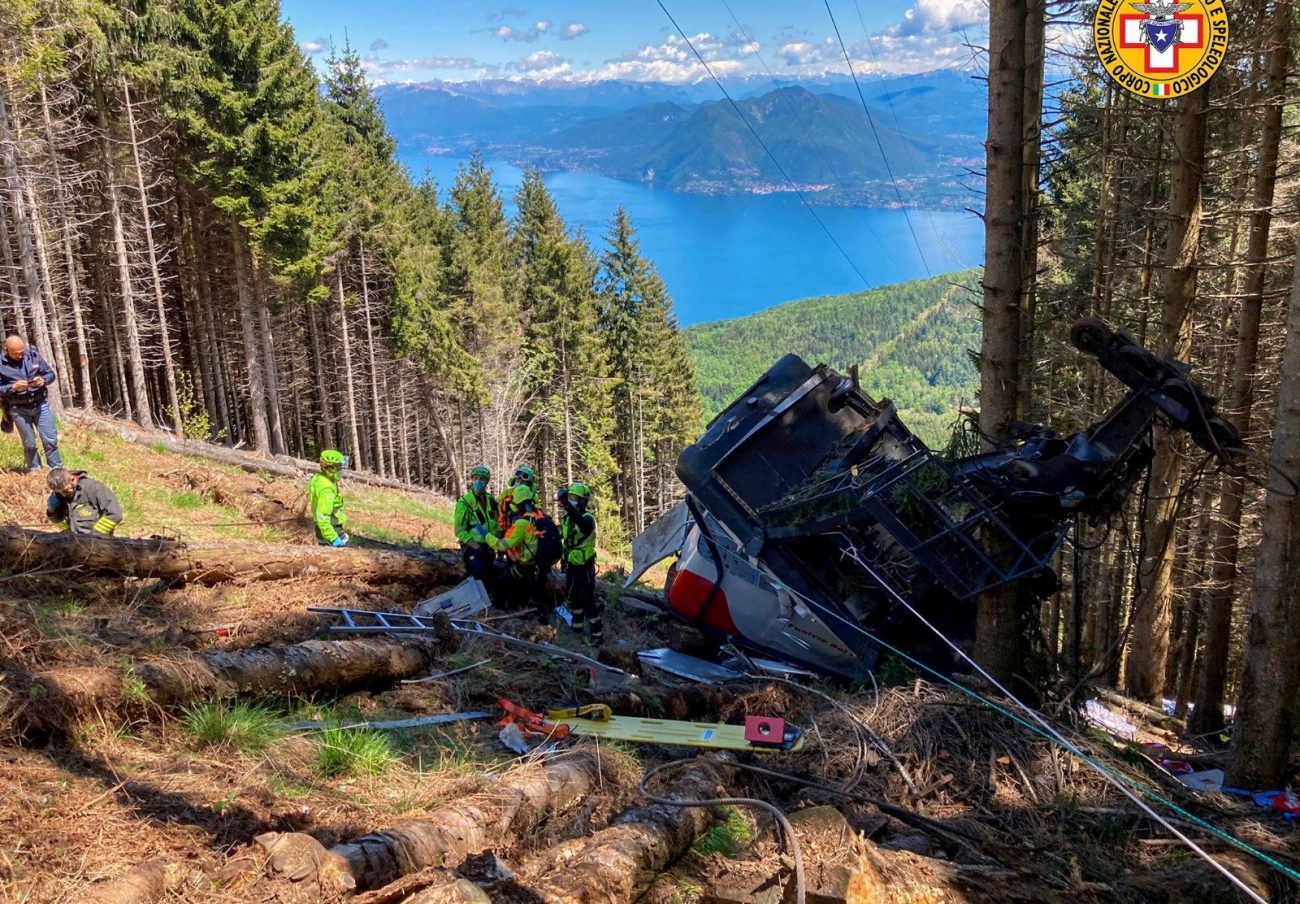 A crashed cable car is seen after it collapsed in Stresa, near Lake Maggiore, Italy, May 23, 2021. Pope Francis offered his condolences to the families of the 14 people killed and prayed for the lone child-survivor. (CNS photo/Alpine Rescue Service via Reuters) NO RESALES. NO ARCHIVES.

VATICAN CITY (CNS) — As Italian authorities investigate what caused a cable car to plunge 65 feet down into a mountainside in northern Italy, killing 14 people and leaving one child in serious condition, Pope Francis prayed for the child’s recovery and for everyone affected by the tragedy.

The disaster occurred May 23 on the Mottarone mountain near Lake Maggiore in northern Italy.

One rescue official said it appeared a cable had snapped and an emergency brake had failed, plunging the car into a pylon after which it rolled until crashing into the tall pine trees below. Thirteen people died immediately, including a 2-year-old child, while a second child died later at the hospital. 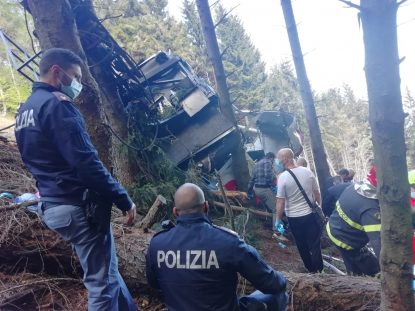 Police and rescue service members are seen near a crashed cable car after it collapsed in Stresa, near Lake Maggiore, Italy, May 23, 2021. Pope Francis offered his condolences to the families of the 14 people killed and prayed for the lone child-survivor. (CNS photo/Italian police via Reuters)

A 5-year-old child — the lone survivor — remained in serious condition as of May 25. The child, named Eitan, and his family are Israeli citizens living in Italy. His mother, father, brother and two grandparents visiting from Tel Aviv all died in the accident. A total of five families were in the cable car at the time.

In the telegram, addressed to Bishop Giulio Brambilla of Novara and sent on behalf of the pope by Cardinal Pietro Parolin, Vatican Secretary of State, the pope expressed his condolences to the victims’ family members. The Vatican published a copy of the telegram May 25.

The pope was praying for the “many lives tragically cut short while they were immersed in the magnificence of creation,” for their loved ones and for Eitan. The cardinal said the pope was following the news of the child’s condition with great concern.

The pope also sent his prayers to the local community, the Diocese of Novara and the Italian people, who were “shocked by the serious tragedy.”