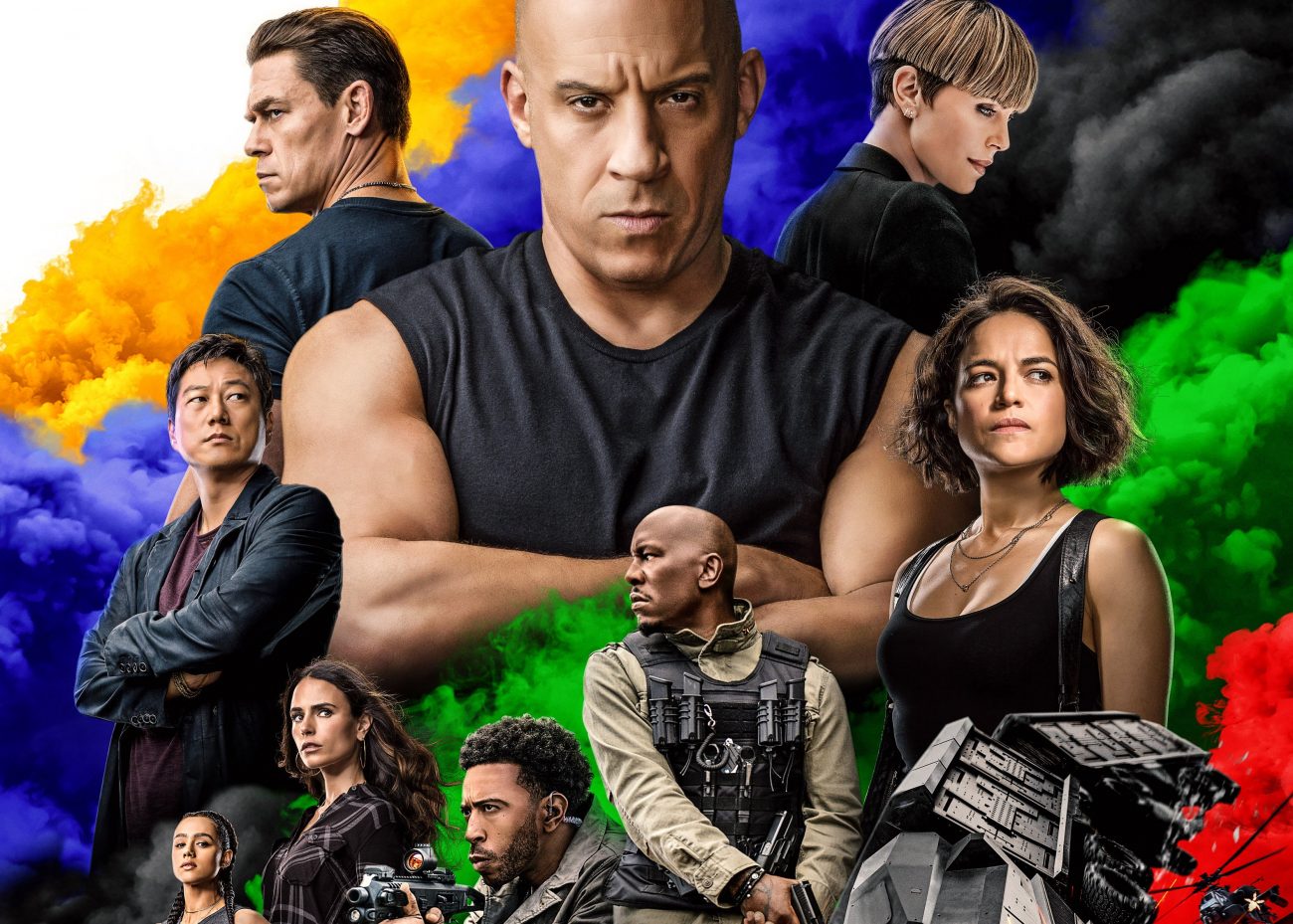 This is the movie poster for "F9: The Fast Saga." The Catholic News Service classification is A-III -- adults. The Motion Picture Association rating is PG-13 -- parents strongly cautioned. Some material may be inappropriate for children under 13. (CNS photo/Universal)

NEW YORK (CNS) — Nondenominational religious flourishes and an emphasis on the value of family offset occasionally intense showdowns and some unsavory vocabulary in “F9: The Fast Saga” (Universal).

Director and co-writer Justin Lin’s addition to the popular “Fast & Furious” franchise is thus acceptable, on balance, for a broad swath of grown-ups.

Nine films into a series, an attention-grabbing twist of some kind is presumably required. Here, it’s supplied by the presence of John Cena in the guise of Jakob, the estranged — and previously unmentioned — brother of speed-demon protagonist Dominic “Dom” Toretto (Vin Diesel).

Jakob, it turns out, is the muscle behind a nefarious scheme, the effort of Otto (Thue Ersted Rasmussen), a dictator’s evil but surname-less son, to obtain a high-tech weapon that will give him — what else? — world domination. His past having caught up with him in this way, Dom reluctantly comes out of retirement and rallies his crew of street racers to foil the plot.

That means temporarily suspending the happy home life Dom shares with his wife, Letty (Michelle Rodriguez), and his toddler son from a different relationship, Brian (Isaac and Immanuel Holtane). Since Dom’s sister, Mia (Jordana Brewster), faces a choice similar to his own, over-the-top action sequences are interspersed with debates about the proper balance between duty and domestic happiness.

Such themes are hardly the point, though, because the real focus here is on regaling the audience with ever more outrageous adventures.

Given that the gang’s challenges last time out included stopping a submarine, that’s no small order. And, in fact, Lin and his script collaborator, Daniel Casey, find it necessary to send at least two of Dom’s cohorts, Roman (Tyrese Gibson) and Tej (Chris “Ludacris” Bridges), literally out of this world to raise the ante.

Amid the giddy stunts, Little Brian — namesake of the franchise’s other lead character, played by the late Paul Walker — is taught that God is in his heart. He is also given Dom’s trademark silver cross for safekeeping and deemed old enough to say grace at the meal that provides the setting for the movie’s final scene.

Whether any of that compensates for the despair into which this sequel will doubtless plunge traffic cops everywhere is another question, however.

The film contains much stylized, though sometimes harsh, violence, brief anatomical humor, at least one use of profanity, about a dozen milder oaths and numerous crude and crass terms. The Catholic News Service classification is A-III — adults. The Motion Picture Association rating is PG-13 — parents strongly cautioned. Some material may be inappropriate for children under 13.

PREVIOUS: ‘A Quiet Place Part II’: Not as silent, more predictable than predecessor

NEXT: Sweeping, upbeat ‘In the Heights’ keeps a dream alive