Advocates call for ‘religious freedom for everyone, everywhere’ 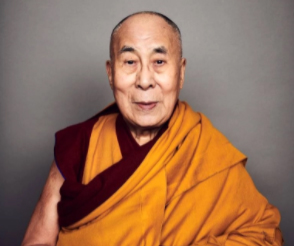 The 14th Dalai Lama will be among the speakers at the International Religious Freedom Summit July 13-15 in Washington, D.C. (Courtesy IRF Summit 2021)

WASHINGTON (CNS) — Religious freedom advocates released a charter declaring the right of every person around the world to freely believe — or not believe — religious tenets and join with others in a religious community and for believers and religious communities to live peacefully in society.

Bishop David J. Malloy of Rockford, Illinois, chairman of the U.S. Conference of Catholic Bishops’ Committee on International Justice and Peace, welcomed the summit in a June 9 statement.

“This summit is intended to raise awareness about international religious freedom within the United States and to bring together a broad coalition that will work together for the cause of religious freedom around the world,” he said.

The committee is among the summit’s sponsors and has over 40 organizations in convening the event. Cardinal Timothy M. Dolan of New York, chairman of the bishops’ Committee for Religious Liberty, will deliver a keynote address during the summit.

It declares, “That every government, every religious community, and every political and civil society organization in the world should strive toward the goal of achieving freedom of religion and conscience, for everyone, everywhere — protected by law and valued by culture.

Religious freedom, it continues, is to be understood by three “interconnected levels” of rights:

— “The right of every human being freely to believe in religious truths, or not to believe, uncoerced by any human authority, especially the state with its extraordinary powers.”

— “The right to join with others in religious community, which also possesses religious freedom” including the right to build houses of worship, train clergy, establish religious schools, and develop and uphold religious doctrines.”

— “The rights of believers and of religious communities to live and act peacefully, within civil and political society in accord with their religious beliefs.”

The charter concludes by calling on leaders of nations, international organizations, religions, nongovernmental organizations, media organizations and policy and political entities to “begin now to adopt practical steps toward the goal of achieving religious freedom for everyone, everywhere.”

The Dalai Lama, as well as Republican and Democratic members of the U.S. Congress, a Holocaust survivor, representatives of Islamic and Eastern religions and human rights and civil rights activists also will speak.

The summit offers a young leader track as well, with opportunities to receive training on human rights advocacy, developing advocacy projects and connecting with others.

Co-chairing the summit are Sam Brownback, U.S. ambassador at large for international religious freedom from 2008 to 2021, and Katrina Lantos Swett, president of the Lantos Foundation for Human Rights and Justice.

NEXT: U.S. House urged to include pro-life policies in bills