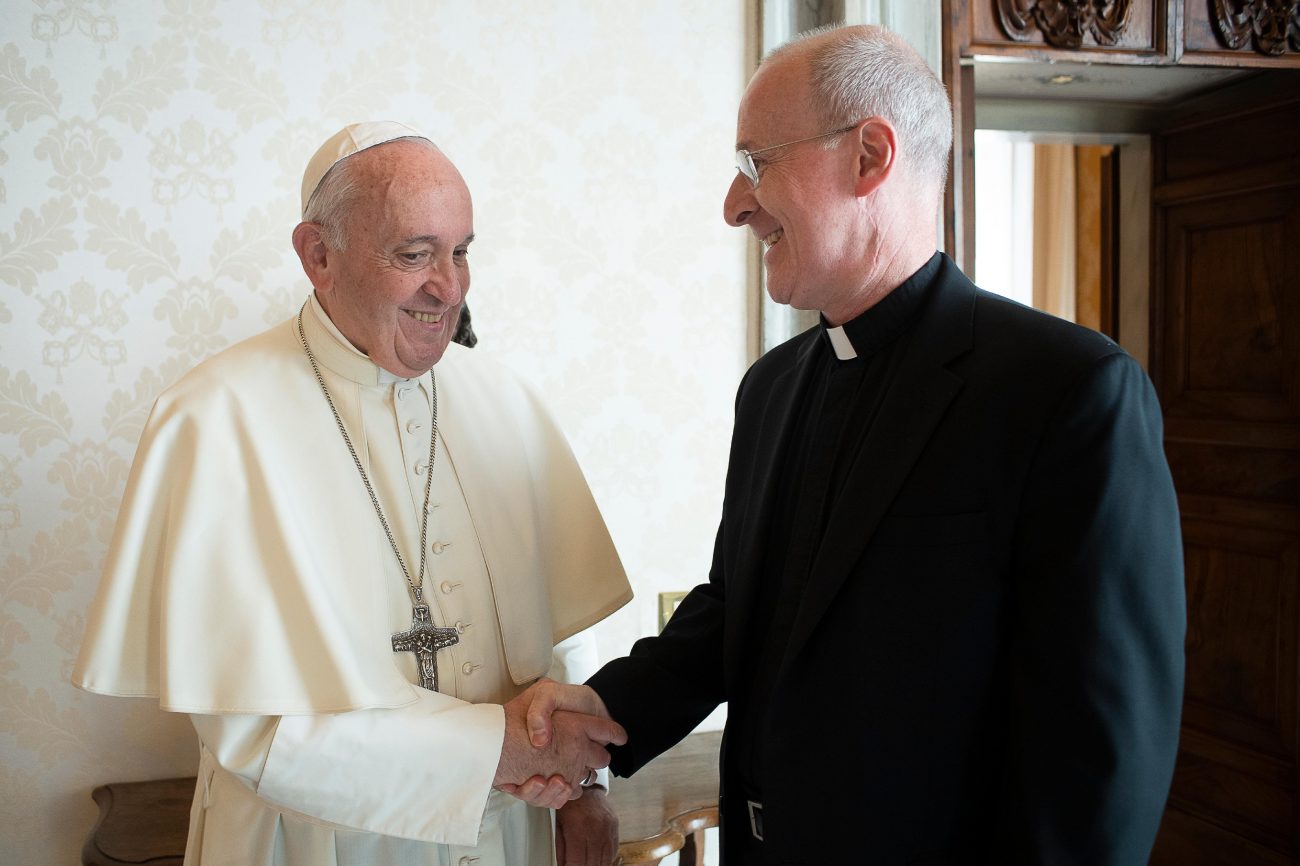 Pope Francis greets Jesuit Father James Martin, author and editor at large of America magazine, during a private meeting at the Vatican in this Oct. 1, 2019, file photo. Father Martin released a recent handwritten letter from the pope that commended his LGBT ministry. (CNS photo/Vatican Media)

VATICAN CITY (CNS) — God loves all his children, “each and every one,” Pope Francis said in a letter Jesuit Father James Martin read to people participating in the Outreach LGBTQ Ministry webinar.

The Jesuit, who has become well known for his ministry to gay Catholics, had written to Pope Francis and mentioned the June 26 webinar sponsored by Fordham University’s Center on Religion and Culture.

Referring to the conference, the pope thanked Father Martin for his “pastoral zeal and your ability to be close to people with that closeness that Jesus had and that reflects the closeness of God.”

“Our heavenly Father approaches with love every one of his children, each and every one,” the pope wrote. “His heart is to open to each and every one. He is Father. God’s ‘style’ has three aspects: closeness, compassion and tenderness. This is how he draws closer to each one of us.”

Pope Francis also told Father Martin he was “thinking about your pastoral work” and how the Jesuit is “continuously looking to imitate this style of God. You are a priest for all men and women, just as God is the Father for all men and women. I pray for you to continue in this way, being close, compassionate and with great tenderness.”

“I pray for your faithful, your ‘parishioners,’ and anyone whom the Lord places in your care, so that you protect them and make them grow in the love of our Lord Jesus Christ,” the pope wrote.

NEXT: Only God can quench thirst for peace, pope tells Middle East patriarchs