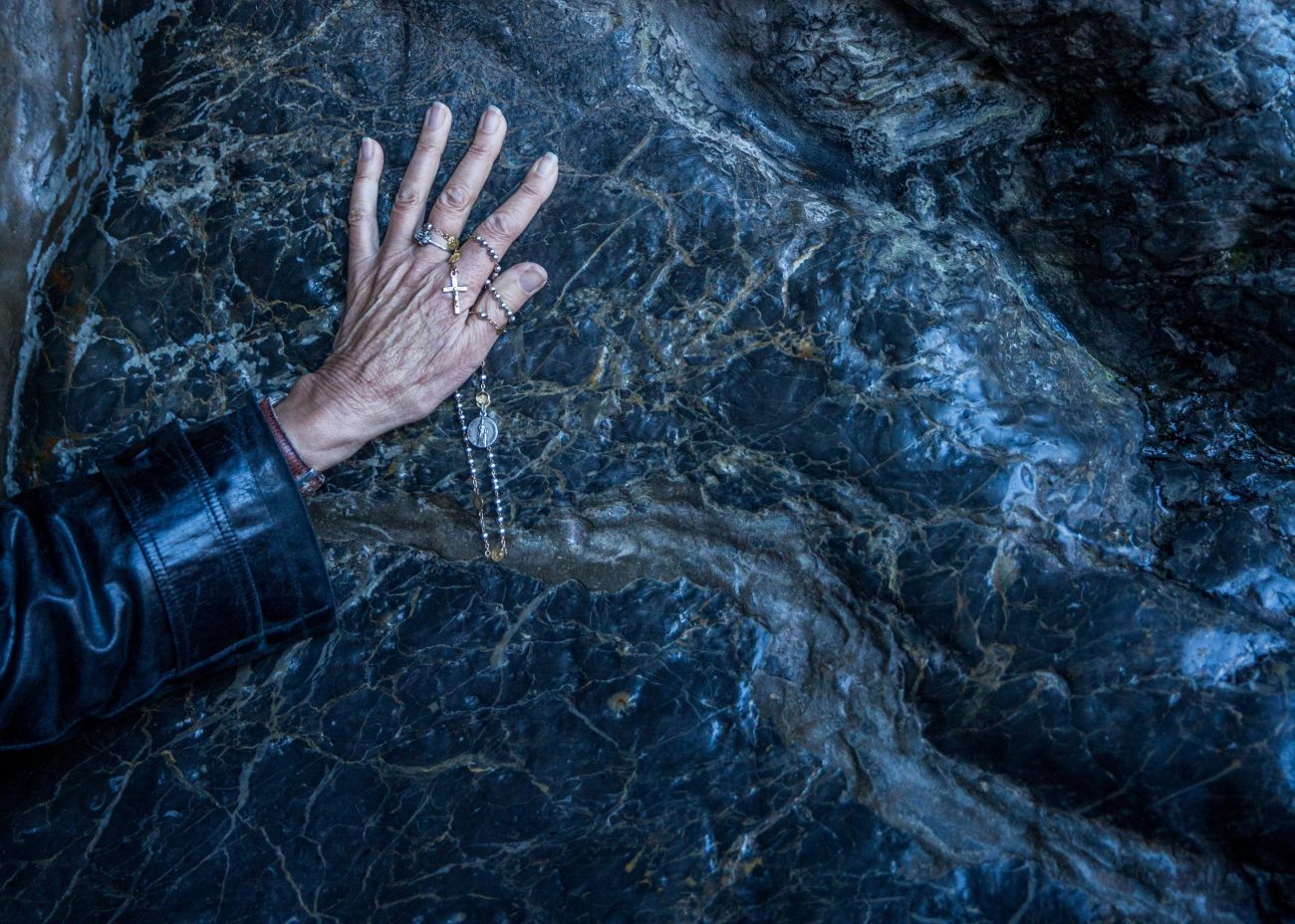 This is an image from the documentary "Lourdes," which is a portrait of one of the world's most popular pilgrimage sites and of the suffering people who are drawn to it. In French. Subtitles. (CNS photo/courtesy Distrib Films)

NEW YORK (CNS) — In the documentary “Lourdes” (Distrib Films), filmmakers Alban Teurlai and Thierry Demaiziere present a moving portrait of one of the world’s most popular pilgrimage sites and of the suffering people who are drawn to it.

Far too wrenching for youngsters, the movie also contains thematic material and some dialogue that make it appropriate for adult viewers only. One of the first travelers to the sacred venue to whom the audience is introduced, for example, is a sexually confused transvestite prostitute trying to break free of his degraded lifestyle.

Other pilgrims have more conventional stories. They range from a 40-year-old man who was profoundly disabled when hit by a car in childhood to a patient suffering from ALS, better known as Lou Gehrig’s disease, and the father and brother of a 2-year-old boy in palliative care.

Wisely, Teurlai and Demaiziere adopt a hands-off approach, allowing Lourdes and its devotees to provide the visual and emotional substance, respectively. Voiceovers, by contrast, allow us to eavesdrop on some of the voyagers’ heartfelt prayers. Yet this does not feel intrusive. Instead, their invocations bear powerful witness to the faith by which they are motivated.

As most Catholics will already know, the religious significance of the titular French community, which lies in the foothills of the Pyrenees, began in 1858 when Mary appeared to St. Bernadette Soubirous (1844-1879).

Since then, as the documentarians point out, many miraculous healings have been attributed to the intercession of Our Lady of Lourdes. Of these, 70 have been recognized as supernatural by the church.

As if to balance the transcendental nature of such occurrences — and of the hopes they continue to spark — the narrative also includes some of the earthy realities by which those who serve the ailing sojourners to Lourdes are confronted.

Some may regard these concrete details as unpleasant. But viewers will be unanimous in recognizing that the physical effort devoted to allowing those who cannot fend for themselves to bathe in the shrine’s spring water is nothing short of inspiring. The depiction of this ritual marks the movie’s poignant climax.

While unsuitable for group catechesis, “Lourdes” will touch the hearts and renew the spirits of individual moviegoers. They will also appreciate the respectful tone with which matters of faith are treated in this challenging, but ultimately uplifting, picture.