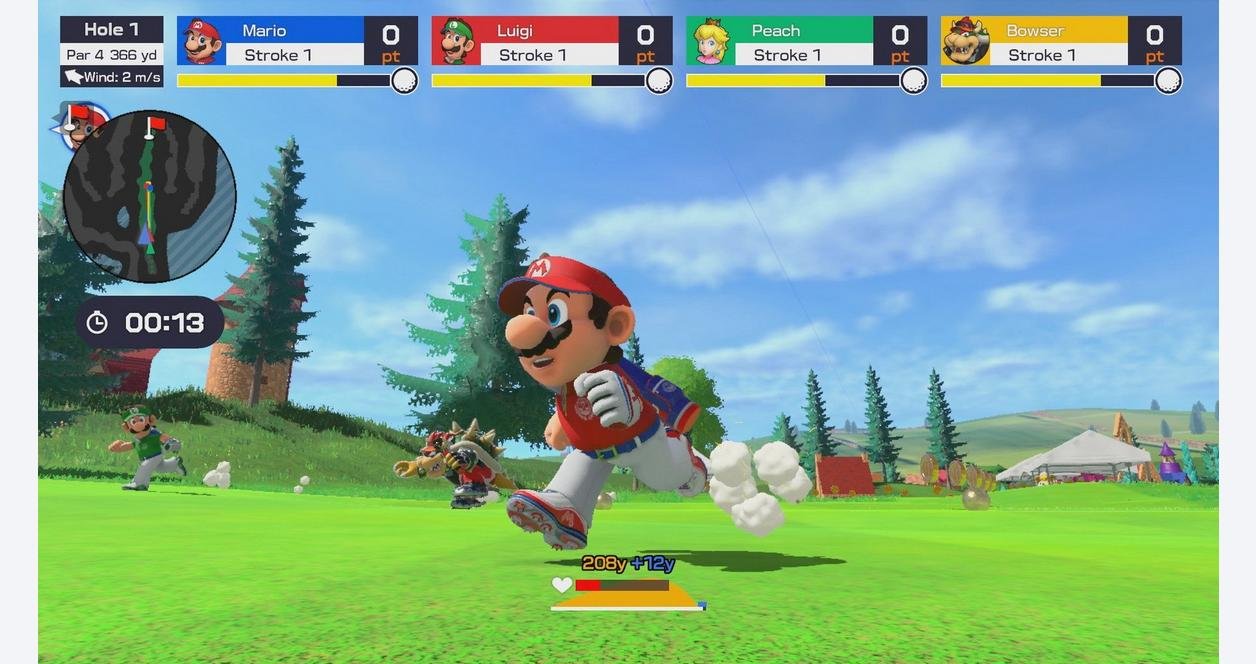 This is a scene from the video game "Mario Golf: Super Rush." The Catholic News Service classification is A-I -- general patronage. The Entertainment Software Rating Board rating is E -- everyone. (CNS photo/Nintendo)

Gamers play as one of 16 residents of the Mushroom Kingdom, the realm where most events in the “Marioverse” occur. For the most part, they follow the traditional rules of the real-life sport.

The standard mode visits six different courses and matches can be arranged to last from three to 18 holes. There also is a story called “Golf Adventure” where players create a custom character and train at a country club before facing off against opponents.

Additional variations include “Speed Golf” during which play is simultaneous and the goal is to be the first to complete the course.

Gamers must work around obstacles in their path and can benefit from so-called power-ups — items that grant enhanced abilities. Classic enemies from previous games, like Chain Chomps, Bob-ombs and Thwomps, feature here as hazards. They can, however, be manipulated to the player’s advantage.

There is some highly stylized mischief with competitors bumping each other around and using bombs like the ones deployed by Wile E. Coyote against the Road Runner to knock out adversaries. No real damage is, of course, inflicted.

Local and online multiplayer is available for up to four people. But there is no matchmaking, so children are not at risk of being exposed to the misbehavior of strangers. A Nintendo Switch Online membership is required to engage with friends on the Internet.

“Super Rush”  features both button and motion controls. The latter may have special appeal for gamers intent on regulating the strength and timing of their shots by swinging the controller themselves.

The game contains cartoonish violence. The Catholic News Service classification is A-I — general patronage. The Entertainment Software Rating Board rating is E — everyone.

NEXT: Wine: An omnipresent food with spiritual significance