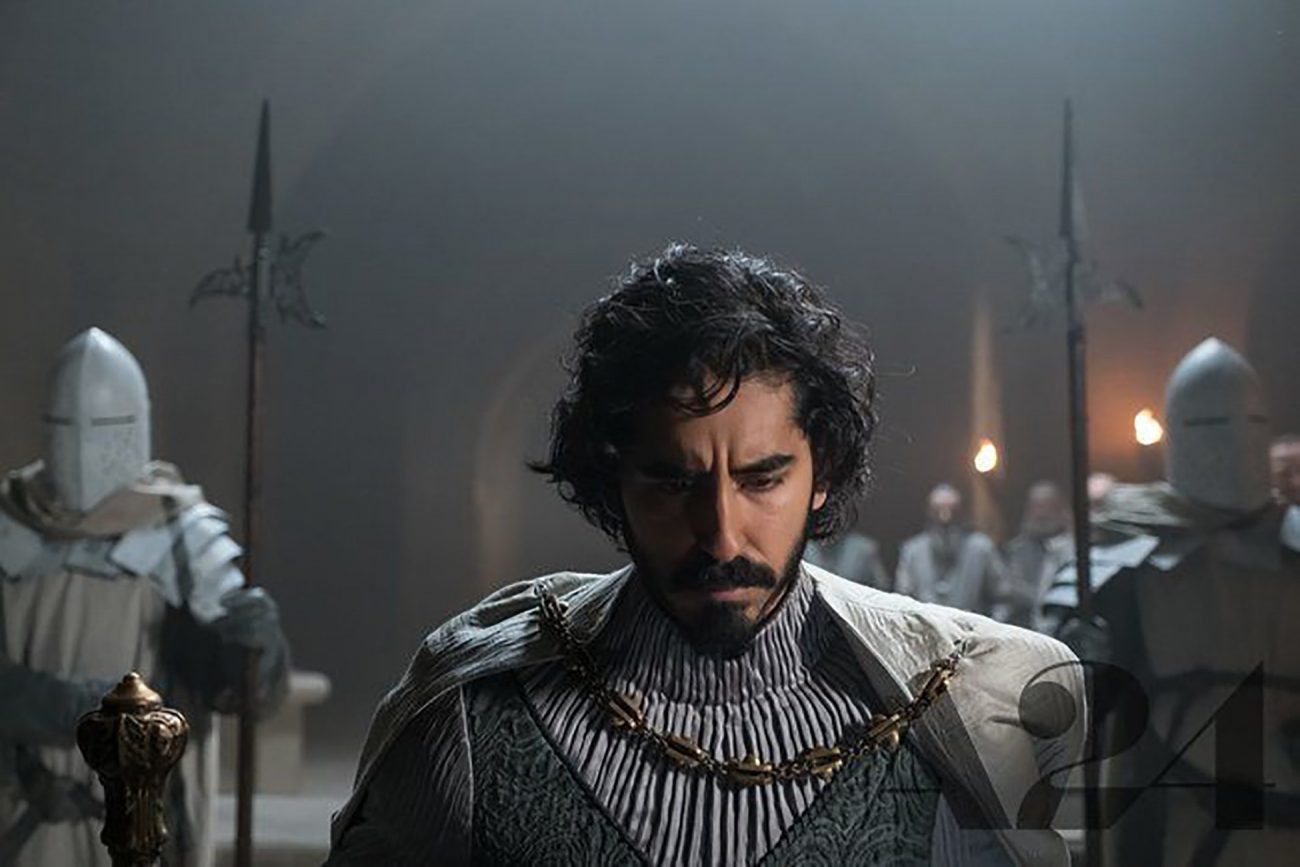 Dev Patel stars in a scene from the film "The Green Knight." The Catholic News Service classification is A-III -- adults. The Motion Picture Association rating is R -- restricted. Under 17 requires accompanying parent or adult guardian. (CNS photo/courtesy A24 Films)

NEW YORK (CNS) — An Arthurian legend comes to the big screen in writer-director David Lowery’s “The Green Knight” (A24). Lovely to look at but difficult to plumb, the film successfully immerses viewers in the atmosphere of the Middle Ages.

Those on the lookout for a fast pace and a straightforward message, however, will likely come away unsatisfied. And even some grown-ups may find its treatment of sexual passion too intense for their taste.

Lowery artfully adapts the 14th-century romance “Sir Gawain and the Green Knight,” a tale about chivalric courage as well as honesty and chastity. The former of the long-lived story’s two titular characters, played by Dev Patel, undertakes an epic journey during which he finds himself called upon to demonstrate all three of those qualities.

The reason for his expedition is a challenge he has received from the Green Knight (Ralph Ineson), a giant treelike creature who puts in an unexpected Christmastime visit to the court of Gawain’s uncle, King Arthur (Sean Harris). There, he challenges any of the denizens of the monarch’s famous Round Table to deliver him a blow that he will then exactly reciprocate a year to the day later.

When none of the more seasoned knights proves willing to play the monster’s potentially fatal “game,” untested but brave young Gawain takes up the gauntlet. He promptly decapitates the intruder, only to see him revive, pick up his head, and remind Gawain of the terms of their bargain before riding off again.

Thus the following yuletide finds Gawain honor bound to travel to his opponent’s remote lair, an abandoned chapel, and receive the same mortal wound he inflicted. Along the way, he has a series of low-key but eerie adventures.

These include a sojourn at the castle of a wealthy, unnamed lord (Joel Edgerton) whose hospitality Gawain is tempted to violate when the aristocrat’s wife (Alicia Vikander) attempts to seduce him. While in the written version this is the moment for Gawain to show his purity, on screen the interlude is far more ambiguous and, ultimately, distasteful.

Along with a couple of other scenes of bedroom intimacy, this encounter effectively excludes youthful moviegoers from the enjoyment of Lowery’s skillful direction and Andrew Droz Palermo’s consistently evocative cinematography. The narrative’s blend of Christian and magical elements, which faithfully reflects the same mix in the source material, also requires mature assessment.

If, as a result, youngsters have to miss out on a remarkable spectacle, they will at least be spared the effort of figuring out what it all means, a task that many a graybeard may find too taxing. A surreal head-scratcher, “The Green Knight” certainly makes an impression but yields few easy answers.

NEXT: ‘Stillwater’ flows in bleak, yet touching, course