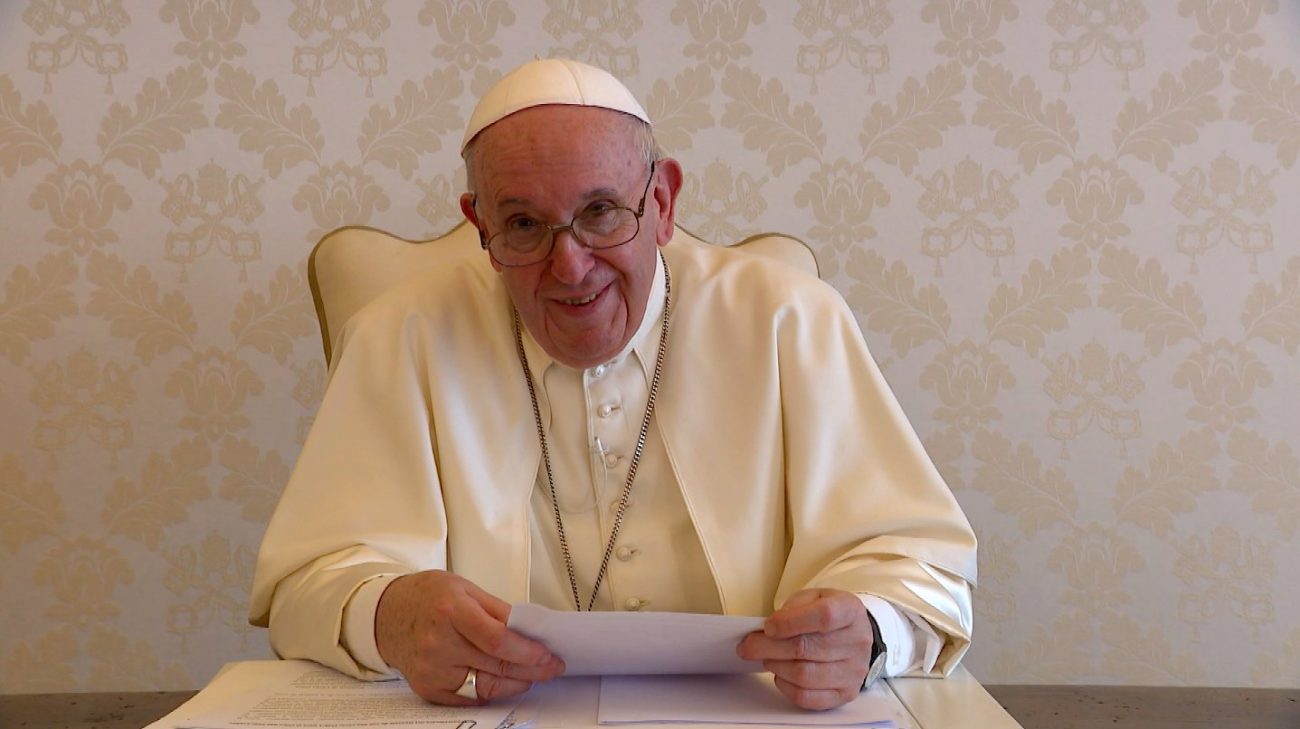 Pope Francis speaks in a video message to participants of the Argentine Association of Christian Business Executives' annual meeting in this still from a video released by the Vatican June 30, 2021. The pope urged business leaders to find creative ways of creating employment and to "invest in the common good, not (by) hiding money in tax havens." (CNS photo/Vatican Media)

VATICAN CITY (CNS) — Business leaders must invest more in the common good and less in lining their own pockets, Pope Francis said.

As the economic effects wrought by the pandemic continue to be felt by many, business leaders must be “creative” in finding ways to create employment, the pope said June 30 in a video message to participants in the Argentine Association of Christian Business Executives’ annual meeting.

“Invest in the common good, not (by) hiding money in tax havens,” he said. “Investment means giving life, creating, it is creative. Knowing how to invest, not to hide. One hides when one’s conscience is not clear or when one is angry.”

The association also commemorated the 100th anniversary of the birth of its founder, Venerable Enrique Ernesto Shaw.

Born in 1921, Shaw was arrested during a wave of anti-Catholic sentiment under the administration of Argentine President Juan Peron.

After he was released, he continued advocating for the application of Catholic social teaching in the workplace. He died of cancer in Buenos Aires in 1962. In April, Pope Francis signed a decree recognizing the businessman heroically lived the Christian virtues, a step on the path to sainthood.

In his message, the pope said the “Christian vision of the economy and of society” is vastly different “from the pagan vision or the ideological vision” because it is inspired by Christ and envisions the building of “a community that is fair, economically and socially, for all.”

He also encouraged the business leaders to “not lose sign of the real” and to create an environment where there is work for all.

Pope Francis also encouraged them to “never betray” the trust of others through backroom deals that negatively affect hardworking men and women.

“Clarity, transparency and production,” the pope said. “Invest and gradually build social trust. It is very difficult to build without social trust.”