‘What is truth?’: Authors address pressing question for today 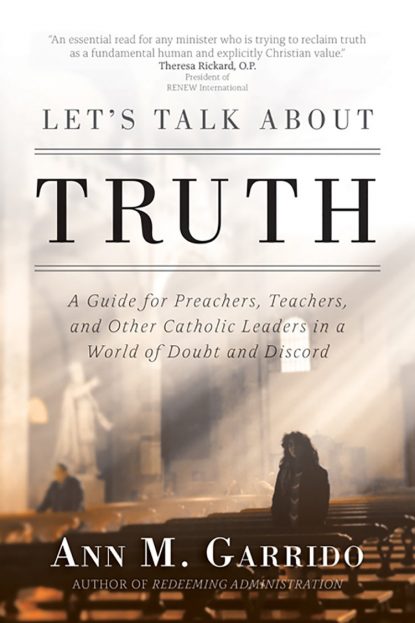 Does it still matter in this third decade of the 21st century whether people speak truthfully and allow truth to shape their lives? Those are pressing questions, according to two new books by Catholic authors.

“Tools for Truthful Living” is the subtitle of Jesuit Father Robert McTeigue’s “Real Philosophy for Real People.” A goal of his book is to provide readers with “at least the minimum” of what they need to know “to be able to think and act humanly well” for themselves and others.

Ann M. Garrido zeroes in on the power of truthfulness to shape lives for the better in “Let’s Talk About Truth.” She too believes truth plays an important role in daily living and benefits human relationships in highly worthwhile ways.

“We want to do all we can to make truth a desirable and viable lifestyle — something we want for ourselves and something we believe possible,” writes Garrido, a professor of homiletics at Aquinas Institute of Theology in St. Louis.

Garrido is acutely interested in ways of communicating effectively. Her book presents many sample aids for preachers, teachers and other leaders within the church. Her discussion of the power of truthfulness and its violations, like lying and hypocrisy, should interest a broad audience.

Hypocrisy is a “variance on lying,” she observes. It occurs when “we paint a picture of the type of person we are with our words, but our actions reveal something different.” The author suspects that “to stir interest in truth as a whole way of life” it will prove wise to accent the importance of authenticity and integrity as a “path of life.”

Father McTeigue is known to many as a philosophy and theology professor. His book felt comfortable to me in certain ways, perhaps because my Catholic college education dates back to a time when such schools commonly required that students take philosophy courses, like metaphysics, philosophical ethics and even epistemology, which examines the workings of human knowledge.

“Logic” was the first of four, three-credit philosophy courses required back then at my college. Did logic assume a place in my “real” life, as Father McTeigue might hope? I suppose it did. As a career-long editor and writer, I learned that the logical progression of information was of the essence if written materials were to succeed as communication vehicles. 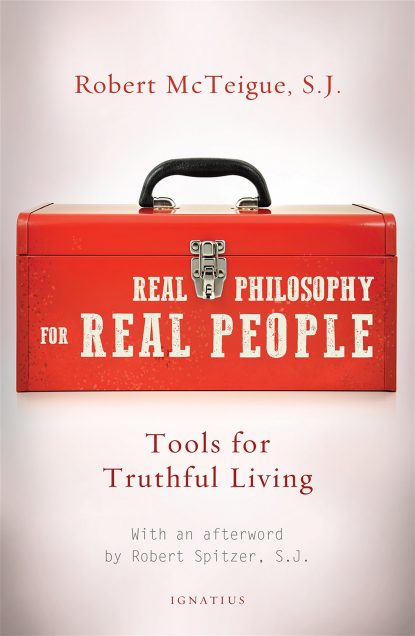 Father McTeigue presents his book as a set of tools to help readers tell and “live the truth, and teach others to do the same.” He is deeply concerned about the ways negative social forces counteract awareness of what is true.

Nonetheless, he focuses on the positive outcomes of real philosophy for real people. We want clarity “about what an inhuman worldview looks like,” yet we “want a worldview that grounds a world in which we can live humanly well,” the Jesuit educator writes.

What does living well mean? What is the good life for individuals, communities or society? Those sound like quite basic concerns for philosophers, coupled with rather consistent concerns about what is real and true.

Father McTeigue observes that one prerequisite for living well is to act “in a manner that is consistent with what we know to be true and good.” He wants his book to serve as a “set of portable and adaptable tools” to put to use. The book might also be viewed “as facilitating moral reasoning, moral discourse and moral action,” he suggests.”

Garrido and Father McTeigue share an interest in the power of telling the truth, though their books’ specific purposes differ. Father McTeigue tells readers, “You and everyone you know are being lied to” in our times.

A contemporary “nonchalance” regarding truth, a nonchalance “the Catholic tradition considers strange,” disturbs her, as does lying designed to deceive and misguide others.

Her fine-tuned thoughts about how to speak truthfully in vital, but difficult or painful, relationships seem valuable. Notably, though, her book begins and ends with two extremely basic, yet thought-provoking questions.

Garrido asks at the outset, “In our present moment in history, can we still talk about truth?” She responds in her conclusion that, yes, we “‘can’ talk about it,” but then very pointedly asks: “‘Will’ we?”

PREVIOUS: ‘Reminiscence’: A retreat to not-always better times of memory

NEXT: As social commentary, ‘Candyman’ misses its mark