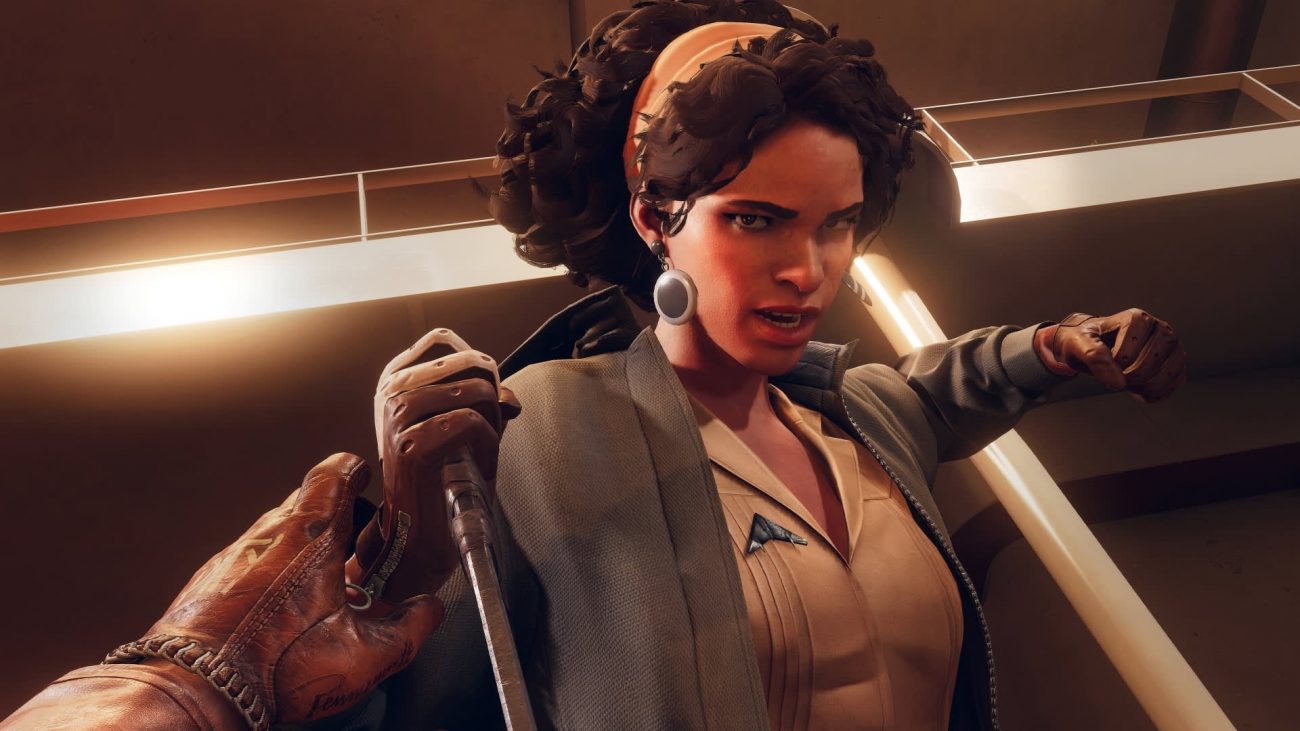 This is a scene from the video game "Deathloop." The Catholic News Service classification is L -- limited adult audience, material whose problematic content many adults would find troubling. The Entertainment Software Rating Board rating is M -- mature. (CNS photo/Bethesda)

In the gritty puzzle-action game “Deathloop” (Bethesda), a band of reveling criminals keeps their island-set home city in just such a never-ending daily cycle so they can carry on with their wild behavior.

As a result, anyone trying to break free of the time trap is quickly surrounded by dangerous enemies. That’s the plight in which the title’s male protagonist, security expert Colt Vahn (voice of Jason E. Kelley), finds himself, his principal adversary being his female counterpart, Julianna Blake (voice of Ozioma Akagha).

To achieve his goal, Colt must assassinate eight so-called Visionaries, each of whom holds a key to restoring the proper flow of chronology. Julianna, in turn, is determined to kill Colt before he can fulfill this questionable quest.

Julianna is an unusual figure in that she can be either the avatar of a player or a computer-controlled character. Thus, instead of taking up Colt’s persona, gamers can opt to be Juliana and invade a random timeline or one belonging to someone on their friend list before setting out on the hunt for Cole.

Unlike most violent games, “Deathloop” stresses narrative over action. Colt, for instance, cannot succeed by simply slaughtering everyone who stands in his way. Rather, he must unlock the secrets of the island and its inhabitants. He can do so through the discovery of audio files, by reading notes and by listening in on the conversations of those around him.

The nature of the combat is on par with many other shooter titles and includes the use of melee and ranged weapons in addition to stealth. There are blood splatter effects, with occasional decapitation and dismemberment. Ultimately, though, defeated enemies disappear in a burst of light.

Nonfatal gameplay is not an option. This presents even those grown players for whom “Deathloop” is suitable with a moral quandary. Participation in Colt’s odyssey necessarily places them in the unacceptable situation, from a Catholic perspective, of trying to achieve a good end through unethical means.

By contrast to the extensive mayhem, the sexual content is restricted to the sound effects of an offscreen encounter. There is, however, an abundance of vulgarity — in spoken and written form alike.

Both Colt and Julianna are clever, funny and capable. But these positive traits can hardly disguise the stark fact that both are, essentially, killers.

Similarly, “Deathloop” as a whole is innovative and creative. Yet even mature gamers need to be wary of its harsh content and morally shaky premise.

Playable on PlayStation 5 and Windows.

The game contains problematic values, intense violence with gory images, sexual and drug references as well as much rough and crude language. The Catholic News Service classification is L — limited adult audience, material whose problematic content many adults would find troubling. The Entertainment Software Rating Board rating is M — mature.

PREVIOUS: ‘Ron’s Gone Wrong’ gets a lot of things right

NEXT: Writers offer tools for hope in post-COVID-19 times