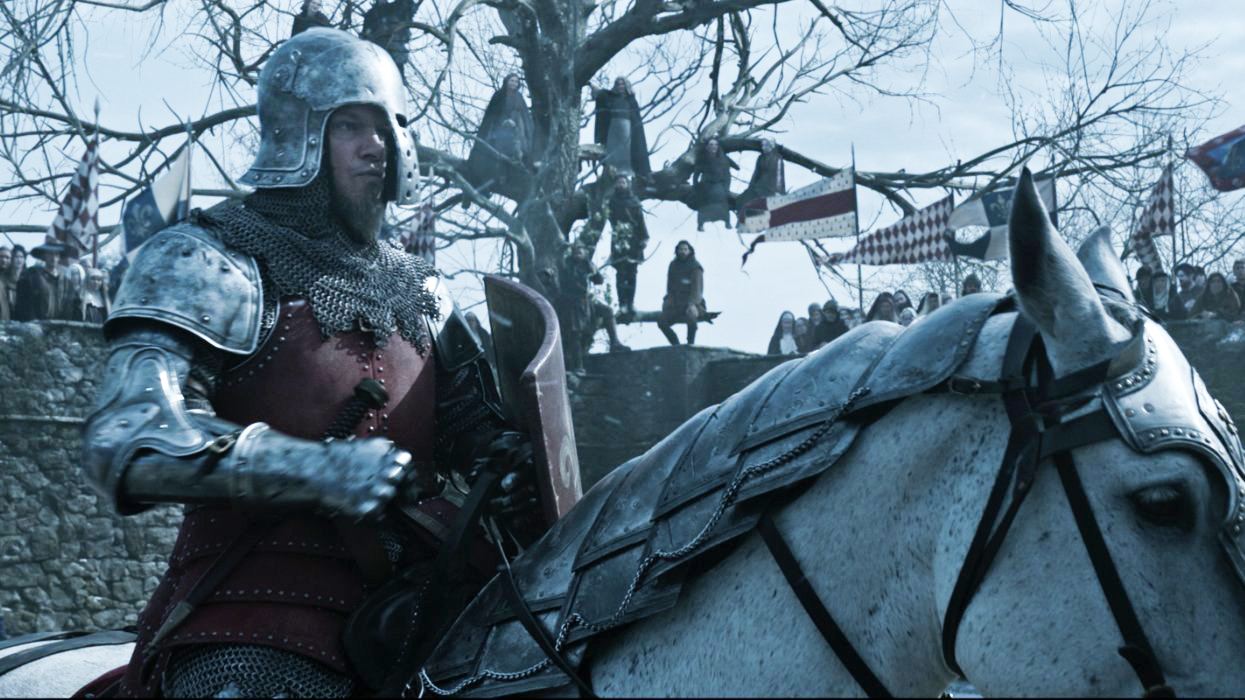 NEW YORK (CNS) — There are many knights but not much shining armor in the grim historical drama “The Last Duel” (20th Century).

With a real-life conflict in 14th-century France serving as a portal through which director Ridley Scott, along with screenwriters Matt Damon, Ben Affleck and Nicole Holofcener, survey varied aspects of medieval European life, the emphasis is on the brutal and the bawdy.

De Carrouges scores a personal victory when he marries fetching noblewoman Marguerite de Thibouville (Jodie Comer). But he also suffers a number of financial and social setbacks that he ascribes to the machinations of Le Gris.

Unlike de Carrouges, Le Gris has successfully ingratiated himself with the feudal lord they both serve, Count Pierre d’Alençon (Affleck). He’s done so, in part, by sharing in d’Alençon’s vigorously lascivious lifestyle, a fact which Scott depicts both explicitly and with misplaced lightheartedness.

The feud between de Carrouges and Le Gris culminates violently after Marguerite publicly accuses Le Gris of raping her. With d’Alençon only too ready to acquit his boon companion, de Carrouges insists on his right to settle the case via trial by combat, an already outmoded form of justice based on the idea that God would not allow a perjurer to prevail in such a contest, so the victor must have been telling the truth.

Before the ferocious sequence in which this climatic confrontation is portrayed, the movie successively tells the story of the events leading up to it from each of the three principals’ perspectives. The decision needlessly to repeat the scene of assault, however, represents a poor aesthetic choice and contributes to making this a challenging production fit for only the hardiest grown-ups.

The script frequently highlights aspects of the period — pathetically primitive medicine, off-kilter reasoning and outright superstition — at which the audience is invited to laugh. Though not entirely positive, the treatment of the church, by contrast, is at least not derisive.

PREVIOUS: James Bond has ‘No Time to Die’ but plenty for romance and revenge

NEXT: ‘Dune’ brings beloved sci-fi saga back to the big screen