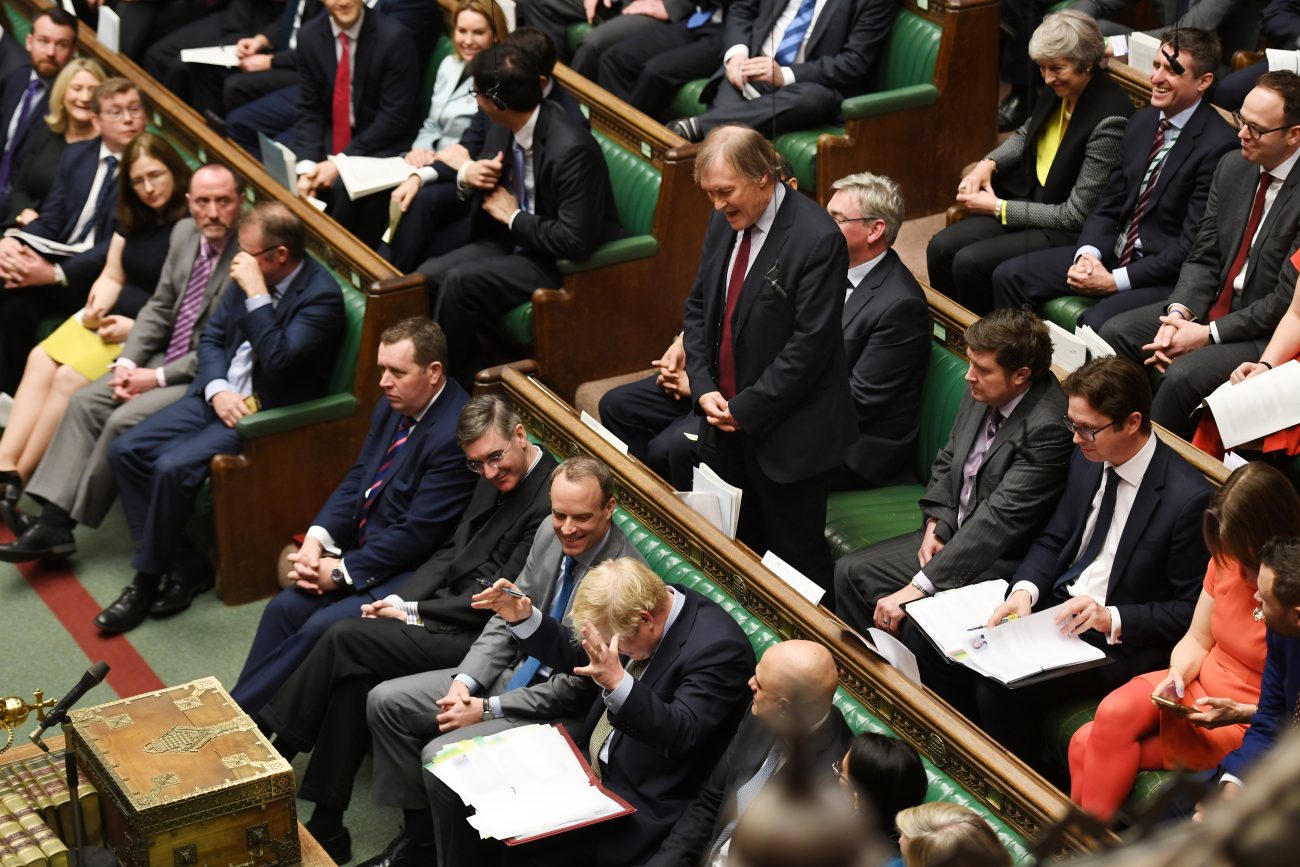 LONDON (CNS) — An English cardinal led tributes to a Catholic member of Parliament who was knifed to death while meeting local people in his constituency.

Sir David Amess, a member of the governing Conservative Party and one of the most prominent Catholic politicians in the U.K. Parliament, was stabbed repeatedly by a man who sprinted into his offices at noon Oct. 15.

The father of five died in a hospital about three hours later.

The man arrested at the scene of the murder has been identified in the media as Ali Harbi Ali, 25, a British Muslim of Somali extraction.

He is being detained under the Terrorism Act 2000 and London magistrates have issued a warrant to hold him in custody until Oct. 22.

Soon after the attack, Cardinal Vincent Nichols of Westminster said: “The tragic death of David Amess creates a painful loss in so many lives. I pray for him that he be welcomed into the merciful presence of Our Heavenly Father. I pray for his family and friends, those reeling from shock at this time. I pray for his constituents and those who worked with him in his political career.

“This death throws a sharp light onto the fact that our members of Parliament are servants of the people, available to people in their need, especially in their constituencies,” he said in a statement posted on the website of the Bishops’ Conference of England and Wales.

“This horrific attack … is an attack on our democratic process and traditions,” he said. 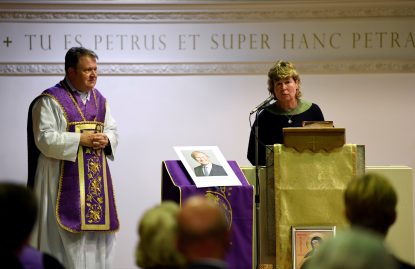 “David carried out his vocation as a Catholic in public life with generosity and integrity. He served in Parliament for four decades and was respected by all political parties across the House (of Commons). His untimely death is a great loss.”

The cardinal said Amess “understood the role and importance of the Holy See” and that he was instrumental in the historic visit of Pope Benedict XVI to Parliament in 2010.

Prime Minister Boris Johnson, vacationing in Spain, paid tribute to Amess via Twitter. “All our hearts are full of shock and sadness,” he wrote. “He was one of the kindest, nicest, most gentle people in politics.”

The attack took place at the Belfairs Methodist Church in Leigh-on-Sea, when Amess, 69, was holding a weekly meeting with constituents.

Amess was denied last rites when his parish priest, Father Jeffrey Woolnough, arrived at the police cordon, according to the Daily Mail newspaper.

“I was refused entry, but I respected the decision by the police — I had to,” Father Woolnough confirmed in a filmed statement he made on his phone and which he later posted on social media. He added that he prayed the rosary outside the building for Amess instead.

Amess is the second English lawmaker to be murdered in five years, following Jo Cox, who was repeatedly stabbed and shot when she visited a library in Yorkshire in 2016.

Lord Alton of Liverpool, a Catholic who was baptized in the same church and by the same Franciscan priest as Amess, said he was “devastated” by the murder of his “longstanding friend and parliamentary colleague.”

“This horrific attack has not only robbed David of his life, but its reverberations will have devastating consequences for his family and loved ones,” he said, adding that his thoughts were with Amess’ widow and their children.

Catherine Robinson of Right to Life U.K. describing Amess as “a pro-life champion.”

“Since he was elected in 1983, he always, where possible, used his position as an MP to stand up for the vulnerable, including championing initiatives to introduce more protections for unborn babies and more support for women facing crisis pregnancies,” she said.

Speaking after the Sunday Angelus, Pope Francis made a reference to Amess’ murder.

“Last week various attacks were carried out, for example in Norway, Afghanistan, England, which caused many deaths and injuries,” Pope Francis said.

“I express my closeness to the families of the victims. I beg you to please abandon the path of violence, which is always a losing cause and is a defeat for everyone. Let us remember that violence begets violence.” 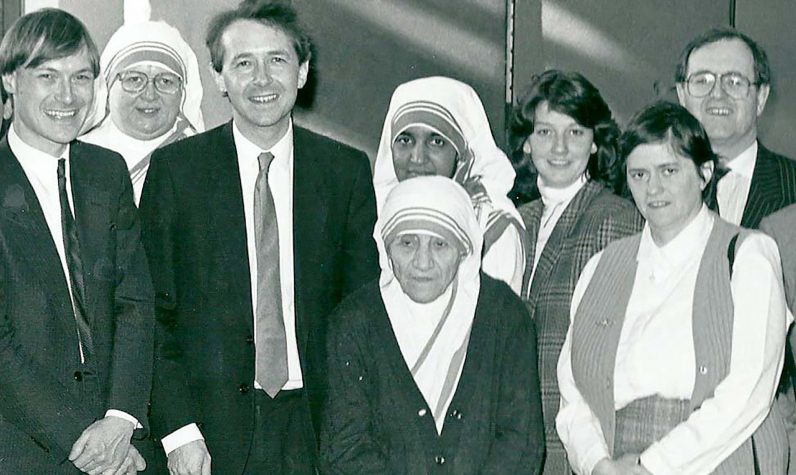 British lawmaker David Amess, farthest left, poses for a picture with a group that includes Mother Teresa in London’s Parliament in this 1988 photo. Amess was stabbed while meeting constituents in Leigh-on-Sea, England, Oct. 15, 2021. (CNS photo/courtesy Lord Alton of Liverpool)