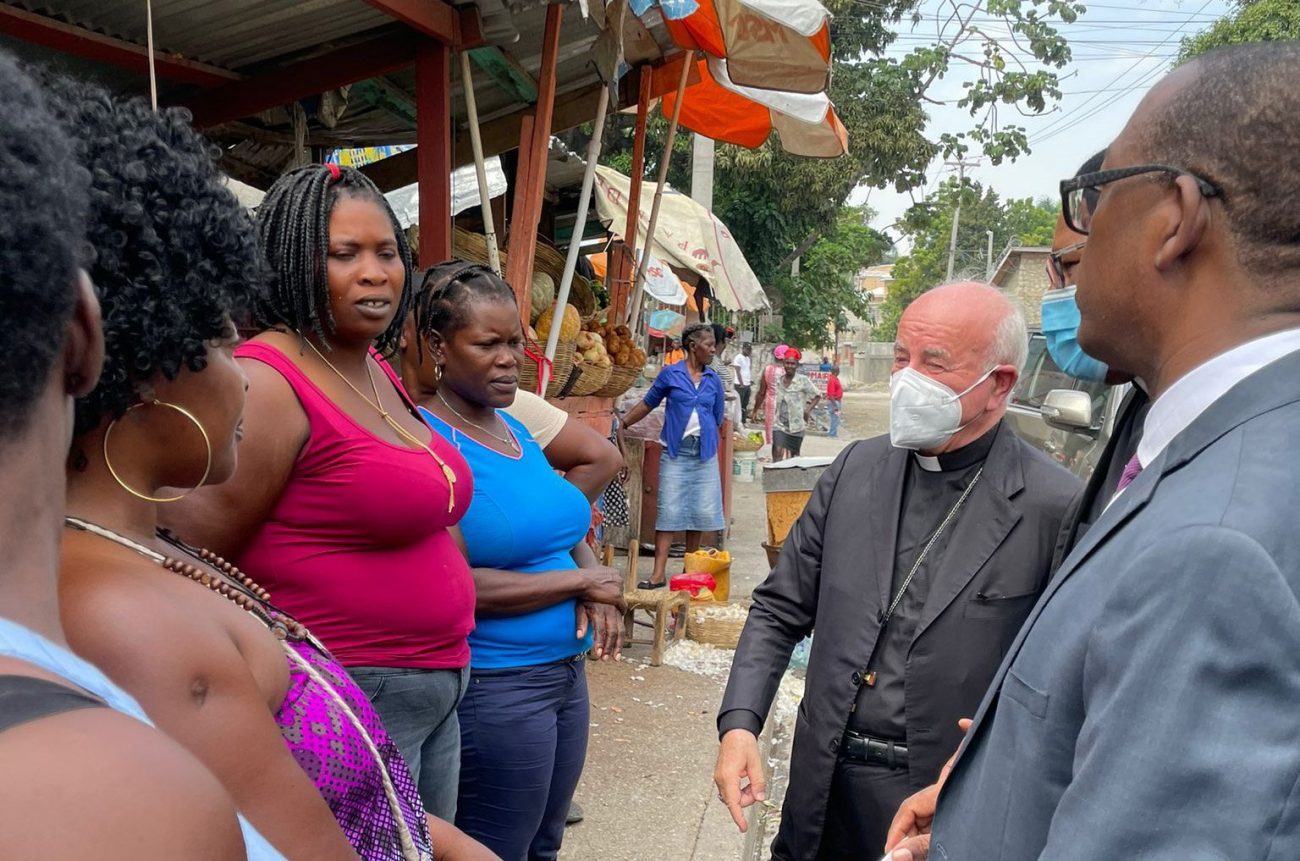 VATICAN CITY (CNS) — The world can no longer ignore the suffering of the people of Haiti, an island that has been exploited and pillaged by wealthier nations for centuries, said Archbishop Vincenzo Paglia, president of the Pontifical Academy for Life.

In an op-ed written following his Oct. 17-19 visit to the Caribbean nation, Archbishop Paglia hoped that countries, including those in Europe, can “return to walk together with this people, abandoning the terrible role of colonizers and assuming the friendly role of fellow travelers.”

“The cry for help of a nation cannot go unheeded, especially by Europe, which over the centuries has divided, plundered and finally abandoned this wonderful island,” he said.

Archbishop Paglia’s visit to Haiti was the final leg of his visit to the Caribbean, which included visits to Puerto Rico and the Dominican Republic Oct. 12-16.

The Oct. 16 kidnapping of 17 Christian missionaries was the latest sign of the deteriorating circumstances in the country following the assassination of Haitian President Jovenel Moise in July and a devastating magnitude 7.2 earthquake in August.

Archbishop Paglia said he was taken aback by “the spectacle of swarms of children and piles of garbage” while traveling by car along the streets of Port-au-Prince.

“Not even the harsh braking to avoid the countless potholes of the bumpy roads distracts me,” he said. “At most, I am reminded that we have to maintain a high speed and keep close to the lead car” due to the recent kidnappings.

He also lamented the fact that kidnapping and demanding ransom has become “one of the main sources of income for quite a few young people.”

“There are virtually no job prospects; the most prosperous one is kidnapping,” the Italian archbishop wrote. “Haiti seems to have nothing to give to the 65% of its population who are under 25. When it comes to women, their fate is even sadder and full of violence: surviving hunger is not always a harbinger of good news. The exploitation of girls and children is a daily habit.”

Commenting on the political and cultural instability brought on by the assassination of President Moise, Archbishop Paglia said many Haitians have lost hope and despite the efforts of NGO’s and foreign associations, “it is like a drop in the ocean, or rather, in the desert of life and hope.”

“The cry for help of this young and tormented population resounds ever more powerfully in my head and in my heart,” he wrote. “In this world that has become increasingly narrow, we can only save ourselves together: us, now advanced in years, and the very young people who stand noisily along the streets all day long, left to their fate. Only together will we be able to save ourselves.”

PREVIOUS: British lawmaker’s death ‘a painful loss in so many lives,’ says cardinal