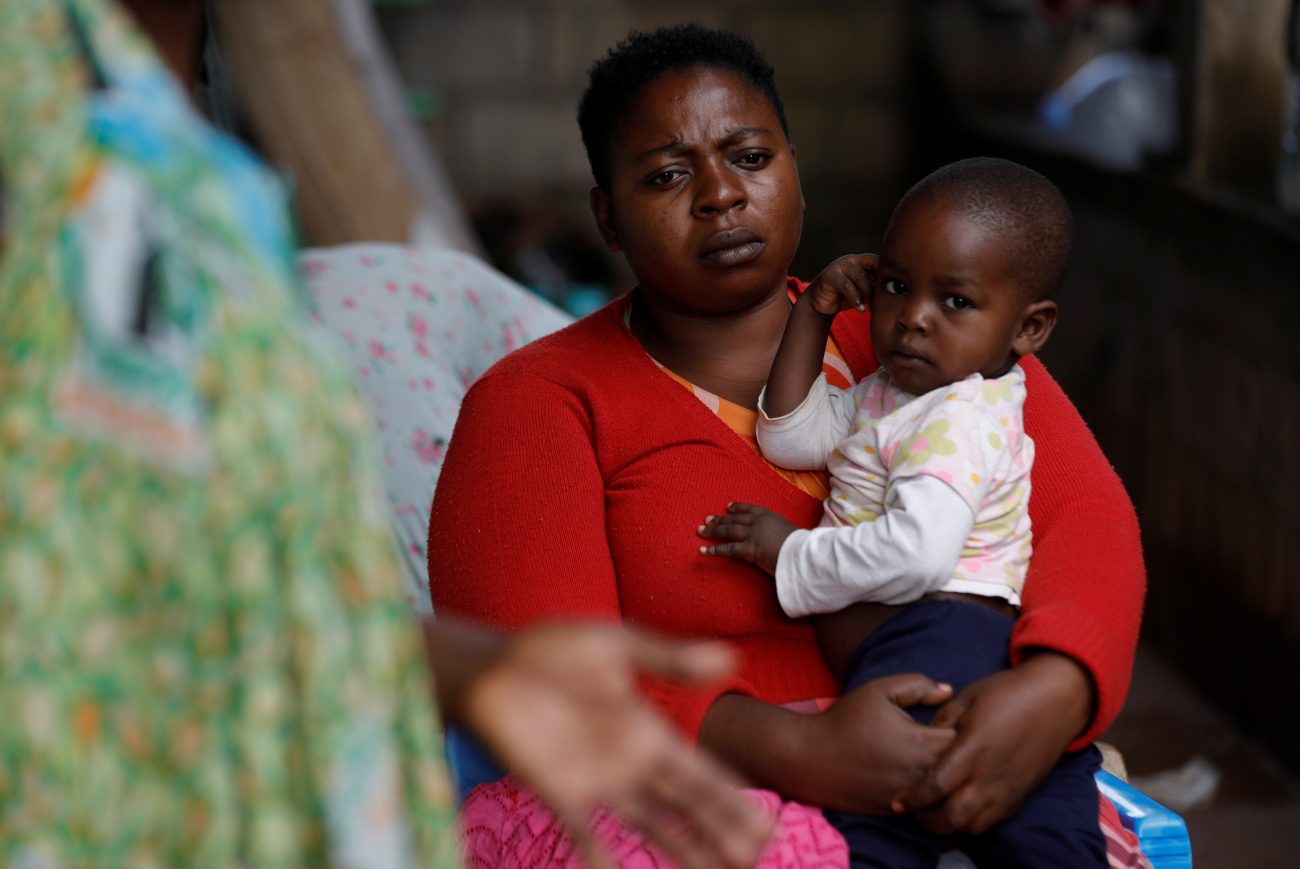 A woman who fled violence in Buea, Cameroon, holds her child outside the house where she has taken refuge in Yaounde Oct. 2, 2018. Three years later, Catholic bishops in Cameroon warned of spiraling violence in their country's troubled Anglophone regions and urged law enforcers and local residents to show "greater responsibility." (CNS photo/Zohra Bensemra, Reuters)

“The population can no longer take it — it is time to stop this spiral,” Archbishop Andrew Nkea Fuanya of Bamenda told Fides, news agency of the Congregation for the Evangelization of Peoples.

“Anyone here now feels they have a right to violate the life of others. The police and the army must stop shooting civilians — they are there to protect civilians, not kill or injure them.”

The heads of five English-speaking dioceses making up the Bamenda Provincial Episcopal Conference issued a statement “observing with great bewilderment the growing spiral of violence caused by the irresponsible use of weapons” by armed groups and by security forces — the people who were supposed to limit violence.

Fides published the statement Oct. 18, four days after a policeman killed a 5-year-old girl in Buea, near the cathedral. The policeman was later lynched by an angry mob.

In a separate statement, Bishop Michael Miabesue Bibi of Buea said he had witnessed the aftermath of the killing of the girl, Enondiale Carolaise, shot in a taxi “simply because the driver did not comply with security checks.” He also condemned the mob lynching of the police officer.

“The civilian population has continued to pay the price of reckless actions of shocking violence from either security forces or armed groups — this has contributed to radicalizing some of them,” Bishop Bibi added.

“As we continue to pray for justice, peace and harmony in our country, I urge security agents to show more restraint in carrying out security operations that could put at risk the lives of innocent civilians.”

In October 2017, separatists in Cameroon’s two Anglophone regions declared an independent state, Ambazonia. Since then, up to 3,000 people have been killed, 680,000 forcibly displaced and 2.7 million left needing food assistance, according to U.N. data released in July.

Church leaders and human rights groups have condemned atrocities in the territories, which are home to a fifth of Cameroon’s population of 25 million. One-third of the country’s population is Catholic.

Several senior clergy have also been abducted by armed groups, known as Amba Boys, while attempting mediation with the Yaounde-based government of 88-year-old President Paul Biya, in office since 1982.

NEXT: Yad Vashem names two French clergy as Righteous Among the Nations