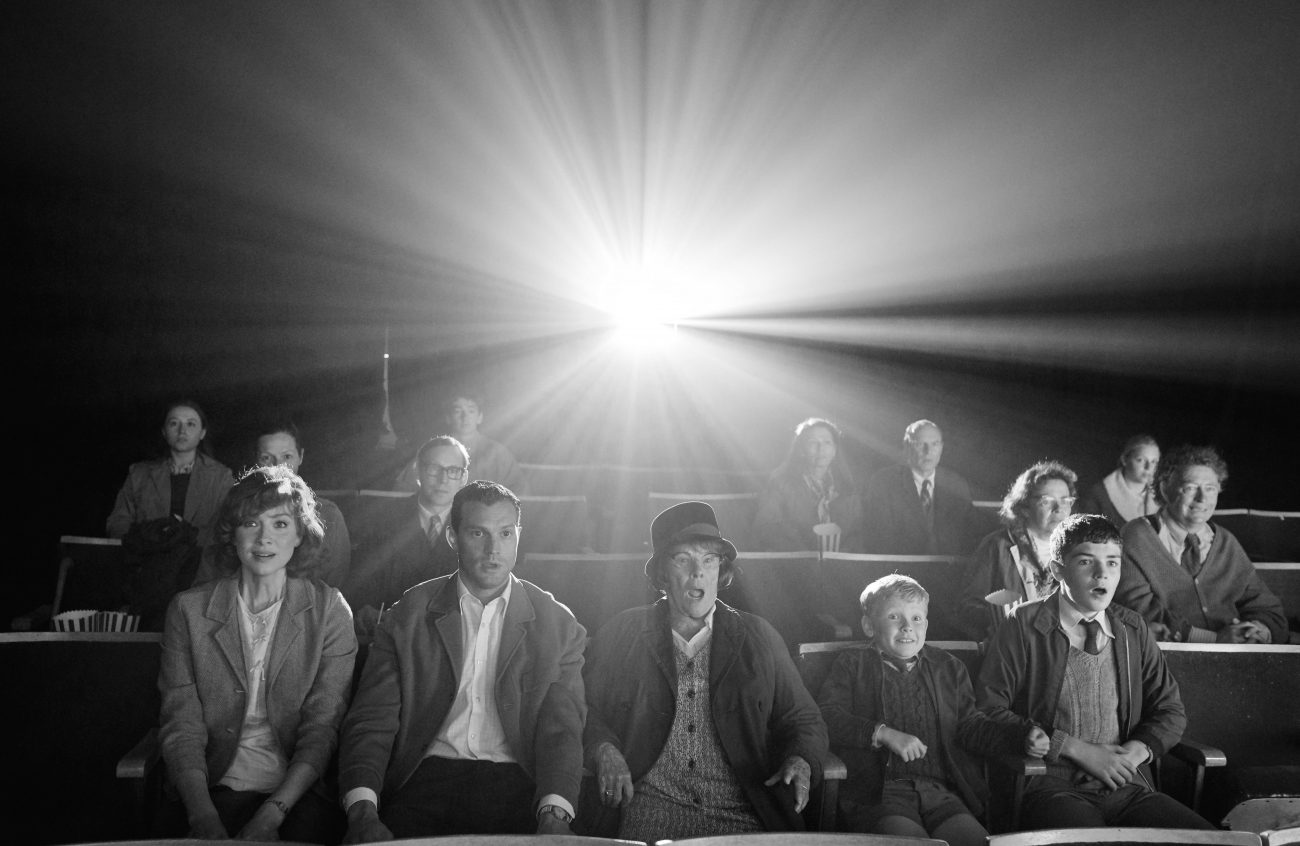 NEW YORK (CNS) — In 1969, as the wider world focused on such events as Apollo 11’s mission to the Moon, long-simmering sectarian tensions in Northern Ireland boiled over, initiating a period of religious and political strife, known as the Troubles, that would last for the next 30 years.

One of those affected by the violence that ensued was young Kenneth Branagh.

In “Belfast” (Focus), which he both wrote and directed, Branagh uses the perspective of a fictional peer, a 9-year-old named Buddy (Jude Hill) living in the city of the title — Branagh’s hometown — to examine and recreate the period.

The result is a moving and memorable drama buoyed by several outstanding performances and guided by values believing moviegoers will find thoroughly congenial.

With his family facing economic hardship — due, in part, to unpaid taxes — Buddy’s father, simply called Pa (Jamie Dornan), is forced to journey back and forth to England for work. When he is home, Pa faces pressure from Billy Clanton (Colin Morgan), the ruthless leader of the local Protestant extremists, to join in the fighting.

Often left on her own, Buddy’s Ma (Caitríona Balfe), meanwhile, struggles to keep him and his older brother, Will (Lewis McAskie), safe and morally grounded. She’s aided by the lads’ strong but gentle grandparents, Granny (Judi Dench) and Pop (Ciarán Hinds).

As the situation around them deteriorates, emigration seems the best option for the family. But Ma is reluctant to leave the only environment she’s ever known. And moving away also would mean separating Buddy from Granny and Pop, with whom the lad shares a close emotional attachment.

A sensitive exploration of the plight of decent people surrounded by malignant bigotry, “Belfast” is also a celebration of romantic love. The relationships woven into the plot range from the shy affection that unites Buddy with his classmate Catherine (Olive Tennant) and the enduring mutual tenderness of Granny and Pop to the tested but true marriage of Buddy’s parents.

Branagh’s script also showcases the importance of familial unity. Though the bonds connecting the principal characters are strained by outside forces, basic good sense helps to guide the adults among them through the minefield by which they’re suddenly confronted.

Such ethical surefootedness, as well as the movie’s outstanding artistic merit, will probably outweigh its occasional verbal defects in the minds of parents judging whether “Belfast” is acceptable for older teens.

If nothing else, this glimpse into the past can provide the basis for more than one intergenerational discussion — about history, prejudice and the ingredients of successful wedlock, among other topics.

The film contains some stylized violence, a few instances each of profanity and milder swearing, fleeting rough and crude language and at least one crass expression. The Catholic News Service classification is A-III — adults. The Motion Picture Association rating is PG-13 — parents strongly cautioned. Some material may be inappropriate for children under 13.

NEXT: Despite long odds, ‘King Richard’ built a mighty court