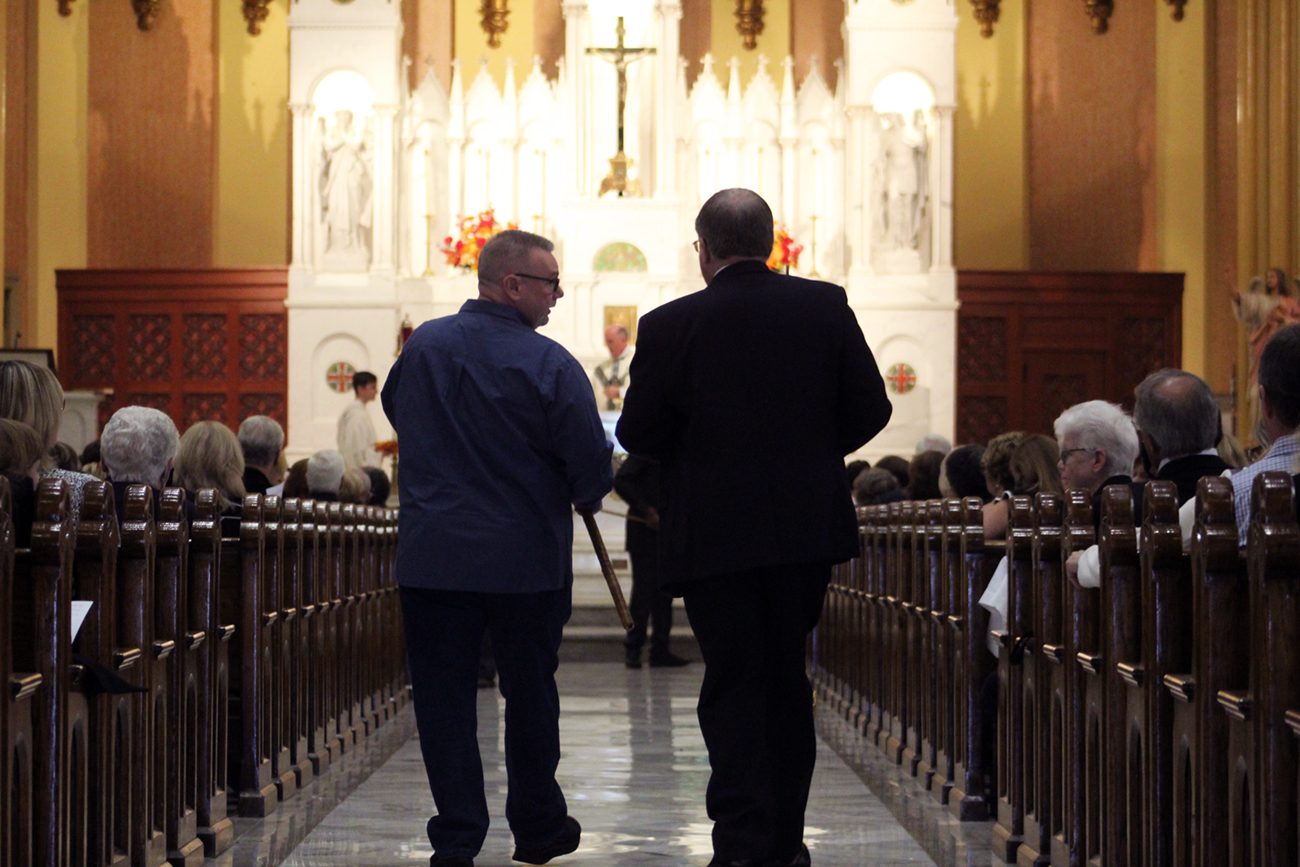 A South Philadelphia parish recently marked its 125th anniversary by honoring its “glorious past and brilliant future.”

Some 300 current and former parishioners filled the pews for an Oct. 24 commemorative Mass at St. Gabriel Parish in the city’s Grays Ferry section. The liturgy, celebrated by parochial administrator Father Francis Foley and several concelebrants, was followed by two receptions: a coffee gathering in the former school, and a banquet at the upscale Crystal Tea Room in downtown Philadelphia.

Delayed by a year due to the pandemic, the festivities were more than a simple nod to a milestone year, said Father Foley.

“What I wanted to give the people is a sense that there is a future,” he said. “The anniversary is not something we’re going to look at through the rearview mirror. We’re looking forward.”

That perspective takes both “spiritual and physical” forms, he said.

“Spiritually, we’re really committed to the evangelization and growth of the parish,” said Father Foley, noting it was “providential” the anniversary Mass coincided with World Mission Day.

Along with pastoral leaders, he hopes to foster small faith communities within the parish “as a means of attracting people from all different categories,” including those who “are marginally Catholic (or) have drifted out of the faith.” 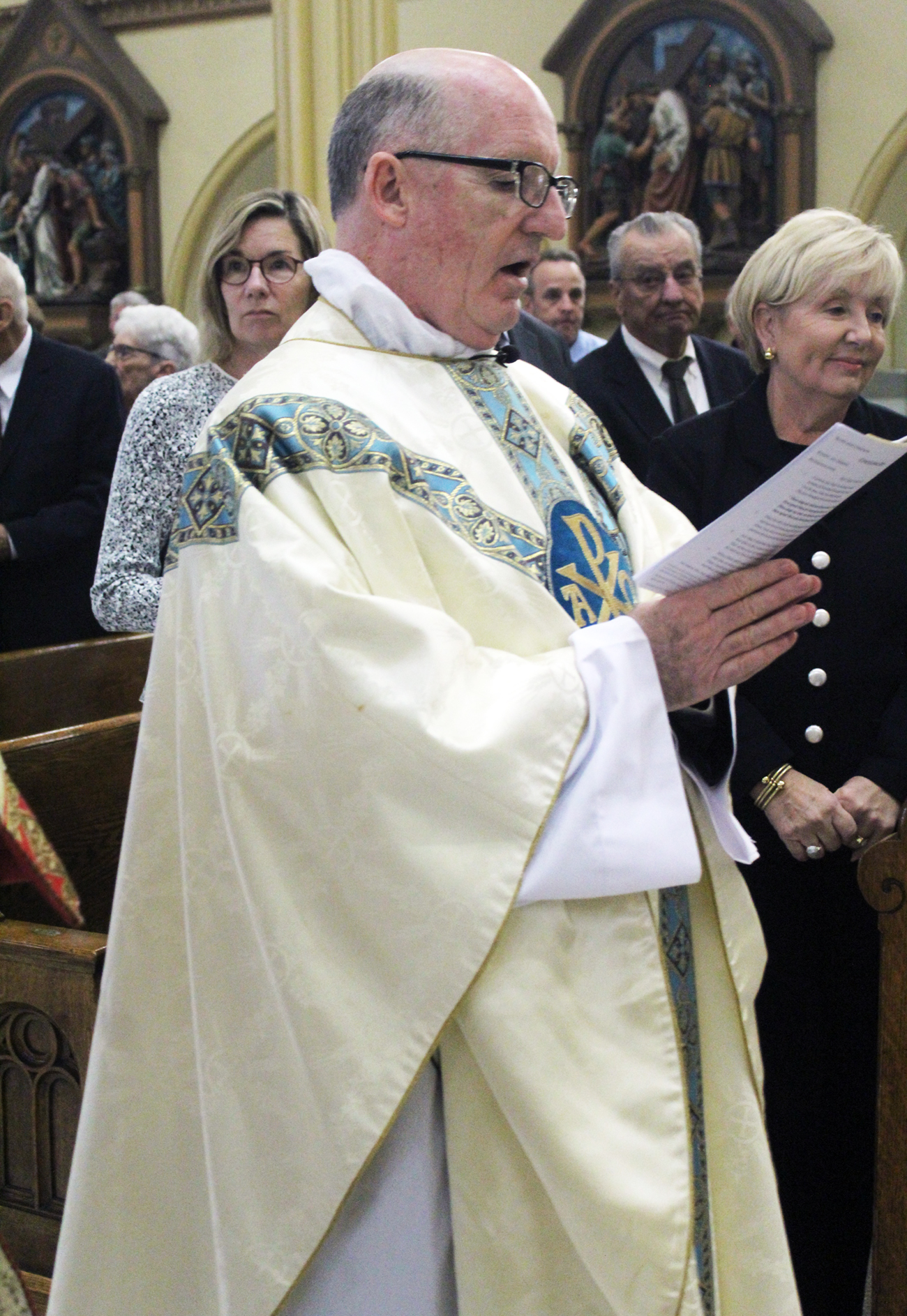 Advent and Lenten days of recollection, along with “door-to-door evangelization” efforts, are also on the schedule, said Father Foley.

The parish annex will be converted to “a center for faith sharing and meetings,” he said, while air conditioning will be installed in the church – designed by prolific church architect Edwin Forrest Durang (1829-1911) — “in a way that is respectful of the (structure’s) aesthetics,” Father Foley said. “We don’t want vents all over the place.”

New, accessible confessionals and floors are in the works, and the parish garden – a sizeable one for an urban church – is set to be landscaped into “an oasis” for devotion to Mary and to the Sacred Heart, said Father Foley.

Earlier this year, the parish unveiled a diocesan shrine to Venerable Matt Talbot, a patron of those in addiction recovery. The shrine is the latest development in a flourishing recovery ministry affiliated with St. Gabriel, one spearheaded by parish son Father Douglas McKay, founder of the adjacent Our House Ministries program and national chaplain of the Calix Society, a support group for Catholics seeking sobriety.

The parish’s renewal efforts and its recovery outreach continue St. Gabriel’s legacy as a neighborhood anchor. Established in 1895 under Archbishop Patrick J. Ryan, the parish was for decades a spiritual and community center for the area’s Irish Catholic residents, spawning the growth of residential construction and even offering mortgages through its former St. Gabriel’s Building and Loan Association, which the parish opened in the early 20th century.

Like many Philadelphia parishes, however, St. Gabriel has grappled with broad socioeconomic changes throughout its history. Following World War II, a decline in local manufacturing, along with increased suburbanization, depleted the local population, while poverty, racial conflict, crime and drug activity rose.

“Grays Ferry has been hit hard over a number of decades,” said Father Foley, noting the parish school – which in 1916 enrolled 1,100 students – closed just prior to his arrival.

Yet St. Gabriel Parish has good reason to expect a bright future. Although its school students were redirected to nearby St. Thomas Aquinas Parish, two Immaculate Heart of Mary Sisters, Rose Marie Adams and Anita Patrick, remain on staff, continuing their congregation’s 113-year history of service at St. Gabriel. In recent years, Grays Ferry has experienced a housing boom, with renovations and new construction driving up property values – and attracting new residents who, like their long-ago predecessors, are “spiritually hungry,” said Father Foley.