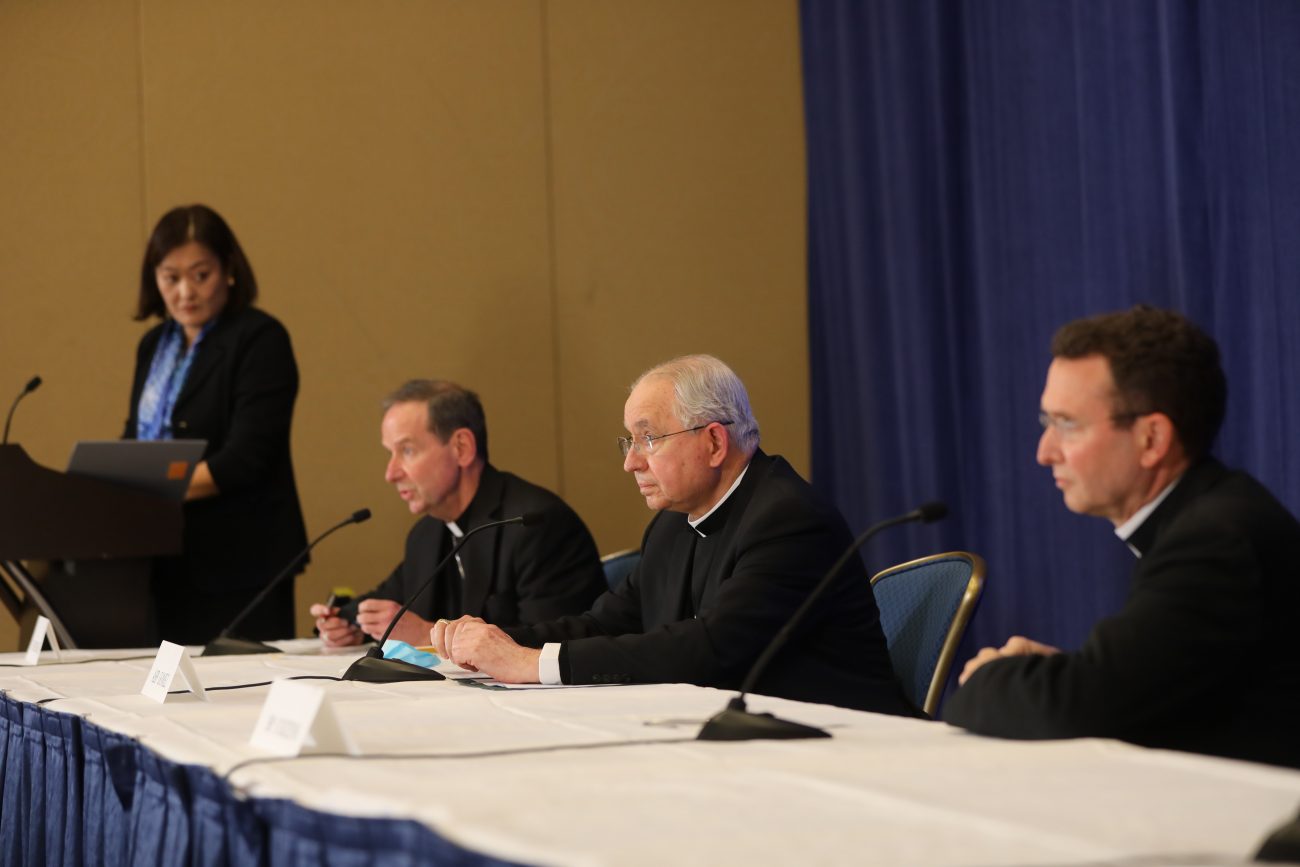 BALTIMORE (CNS) — Coming together for the first time in two years has been good for the bishops of the United States, in the judgment of Los Angeles Archbishop José H. Gomez, president of the U.S. Conference of Catholic Bishops.

The in-person gathering for the bishops’ fall general assembly in Baltimore has allowed to the prelates to reflect on the Eucharist and what it means to them and consider the many thoughts offered about a statement on the Eucharist that has been under development for five months, the archbishop told reporters at the close of the first of two days of public sessions.

“We are being able to talk to each other and share our personal situation in our dioceses, in our personal lives,” Archbishop Gomez said, explaining that the assembly is the first time he’s been able to meet with the bishops since assuming the conference presidency after the 2019 fall gathering.

“It’s been wonderful, sharing with bishops and seeing them. I think it’s been very fruitful,” he said.

The bishops scheduled an executive session for Nov. 15, the first day of their four-day assembly, to discuss the Eucharist statement. Church observers have speculated about whether it would take Catholic politicians who support abortion to task, going so far as to ban them from receiving holy Communion.

However, Archbishop Gomez said such a step was never part of the plan.

He said the statement was meant to serve as a document to share and reinforce Catholic teaching about the real presence of Jesus in holy Communion.

Bishop Michael F. Burbidge of Arlington, Virginia, chairman of the bishops’ Committee on Communications, said during the afternoon news conference that the document falls in line with the goals of the USCCB strategic plan adopted in 2019.

“We’ve been at this document for a while, including accepting the recommendation that we would spend more time on it (in person),” Bishop Burbidge said. “Which is what we did.”

He said there was extensive collaboration over the summer and at regional meetings: “There were multiple opportunities for bishops to comment and make amendments.”

He said that, following the previous day’s executive session, the statement on the Eucharist was ready for a final discussion and a vote when the bishops reconvened Nov. 17. “God willing, I don’t see any significant changes coming,” he said.

The daylong executive session included prayer, time for the sacrament of the reconciliation and round-the-clock eucharistic adoration.

Auxiliary Bishop Andrew H. Cozzens of St. Paul-Minneapolis, who was recently named bishop of Crookston, Minnesota, told reporters that bishops had gathered late into the night in the special eucharistic adoration chapel in the hotel where the assembly is taking place.

“It’s a blessing to be together,” Bishop Cozzens said, adding that the statement on the Eucharist will serve as a resource for the bishops’ planned eucharistic revival, which will see a variety of resources being introduced in the spring.

“The document is a beginning,” he said. “You would expect we would produce other catechetical resources. … It’s an excellent document, capturing the mystery of the Eucharist, and we will build on that document so people have the understanding of the eucharistic life.”