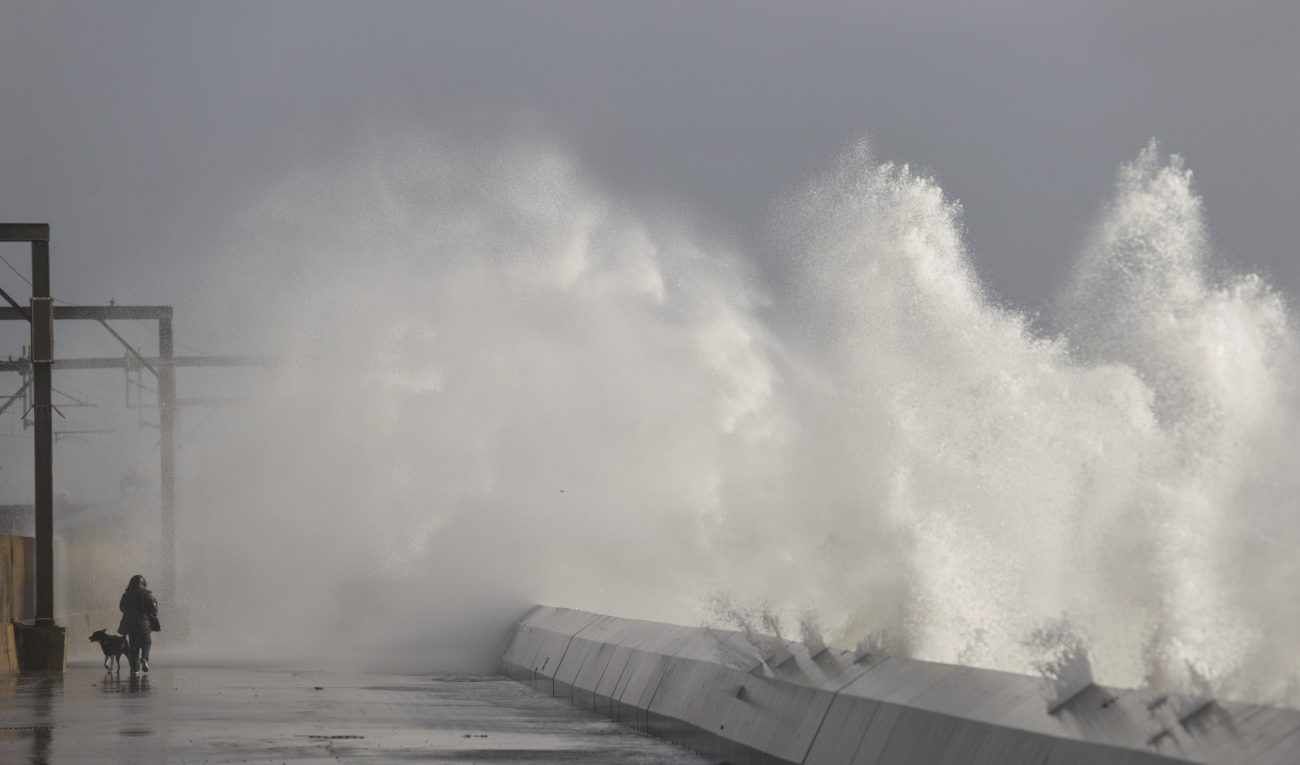 A man walks his dog as waves crash against a seawall in Saltcoats, Scotland, Feb. 9, 2020. In a letter to Catholics in Scotland published Nov. 11, 2021, Pope Francis warned that time is running out in preventing climate change and that failing to protect the environment could incur "God's judgment." (CNS photo/Eddie Keogh, Reuters)

VATICAN CITY (CNS) — World leaders are running out of time and must address the challenges of climate change before it’s too late, Pope Francis said.

In a letter to Catholics in Scotland signed Nov. 9, where the U.N. Climate Change Conference is being held, the pope said he hoped leaders attending the summit would “meet this grave challenge with concrete decisions inspired by responsibility toward present and future generations.”

“Time is running out; this occasion must not be wasted, lest we have to face God’s judgment for our failure to be faithful stewards of the world he has entrusted to our care,” he wrote.

The pope’s message came as the conference in Glasgow, also known as COP26, is set to conclude Nov. 12.

At the summit, the United States and China announced Nov. 10 that a joint agreement was signed between the two countries in an effort to lower greenhouse gas emissions. However, according to BBC News, neither country signed a pledge that would phase out the use of coal by 2030.

In his letter, which was released by the Vatican Nov. 11, the pope said that while he regretted not being able to attend the summit, he thanked Catholics in Scotland for joining him in praying for the conference, which is “meant to address one of the great moral issues of our time: the preservation of God’s creation, given to us as a garden to be cultivated and as a common home for our human family.”

Pope Francis also said he was moved by the fidelity of Scottish Catholics to the church and assured the faithful of his prayers, especially “for the young, the elderly, the sick and those who in any way are suffering the effects of the pandemic.”

“In these challenging times, may all Christ’s followers in Scotland renew their commitment to be convincing witnesses to the joy of the Gospel and its power to bring light and hope to every effort to build a future of justice, fraternity and prosperity, both material and spiritual,” the pope said. 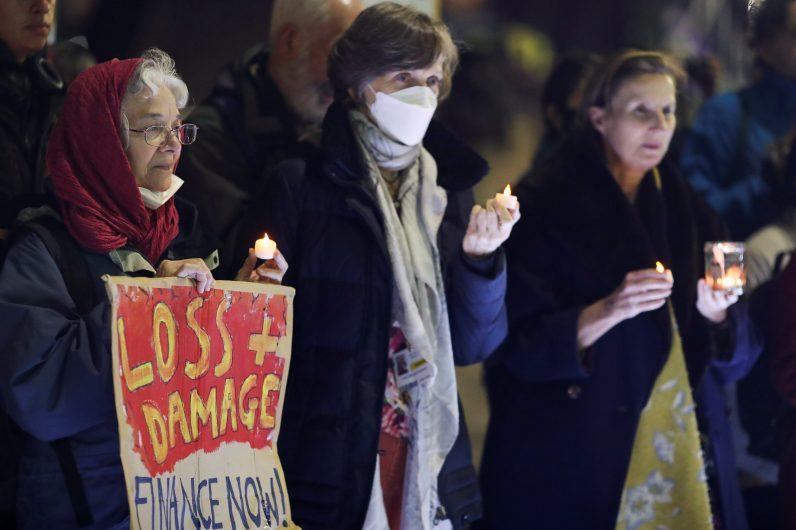 People hold candles as they take part in a vigil outside the U.N. Climate Change Conference in Glasgow, Scotland, Nov. 10, 2021. In a letter to Catholics in Scotland published Nov. 11, Pope Francis warned that time is running out in preventing climate change and that failing to protect the environment could incur “God’s judgment.” (CNS photo/Russell Cheyne, Reuters)

NEXT: At COP26, Vatican delegation calls for solidarity with poorer nations