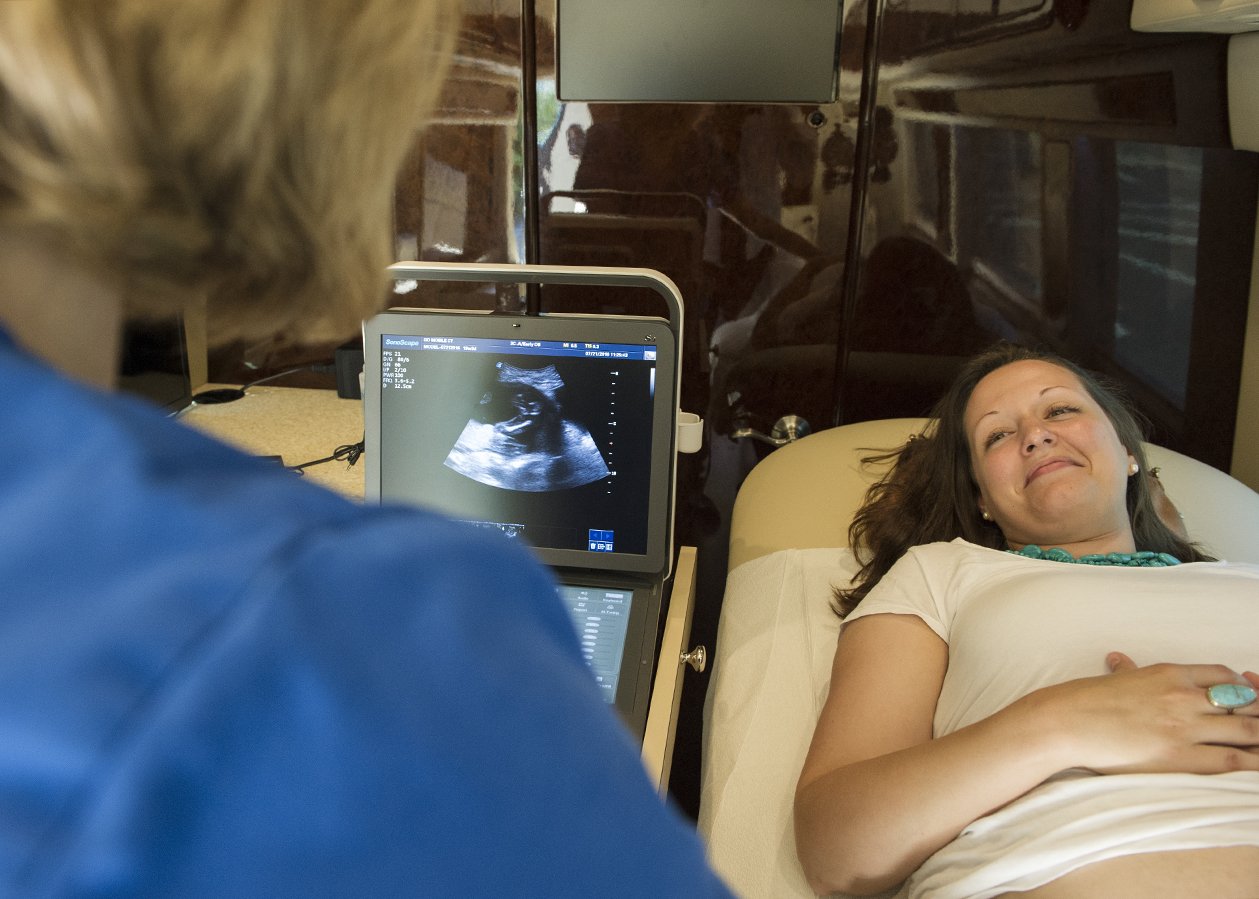 A medical professional speaks with an expectant mother during an ultrasound examination in this 2016 photo. (CNS photo/Thomas Serafin, courtesy Knights of Columbus)

At 15 weeks’ gestation, a fetus responds to touch. The neurotransmitters and nerves needed to process and transmit pain signals have formed, and most of the spinal column has hardened into bone.

As early as 21 weeks, the fetus can survive outside the womb.

None of these realities were known in 1971, when a case came before the Supreme Court that would ultimately give a mother the right to abort her unborn child.

During the past 50 years, advances regarding the biological genesis of humans have disproven the basis on which the court, in Roe v. Wade, presumed a lack of justifiability of a ban on abortions — except to save the live of the mother — that was in place in the defendant’s home state of Texas.

The court’s 1973 decision legalizing abortion nationwide rested on the use of the word “person” in the 14th Amendment, which protects the mother’s privacy.

Notably, there was great disagreement over when an unborn child becomes a living being whose rights compete with those of the mother.

Since then, techniques in research tools and prenatal surgery, advancements in viability and the proliferation of support options for mothers with unexpected pregnancies have conspired to erode many of the arguments offered then and now for the right to terminate life in the womb. 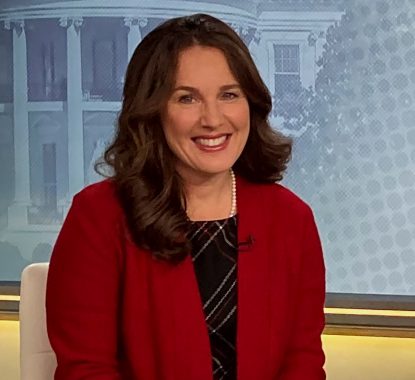 The many layers to comprehending the humanity of an early gestation fetus begins with the “absolutely critical” advancements in science over the last five decades, according to Dr. Tara Sander Lee, senior fellow and director of life sciences for the Charlotte Lozier Institute, an organization that joins science, medicine and research to inform pro-life policies and public awareness.

Fifty years ago, expectant parents could barely see their unborn child in the womb because ultrasound technology was fairly new and rudimentary, Sander Lee explained.

Now, ultrasound technology gives physicians better and faster diagnostics and new tools that can not only detect, but when appropriate, even treat malformations of the unborn.

“There’s this whole development of what we call the perinatal revolution, where you can actually perform surgery on the unborn while still in the womb,” she told Catholic News Service.

While the original ultrasound images were static and black and white, the norm today is images in 3D, 4D and real time.

“We can see in real time the baby move, and with absolute clarity,” said Sander Lee. As early as 15 weeks, whether the fetus is favoring one’s right or left hand can be observed.

Dr. Kathleen Raviele, past president of the Catholic Medical Association and an OB-GYN, added that mothers and their physicians can see the fetal heartbeat by six weeks, observe the movements of the baby, assess the anatomy and determine his or her sex far earlier than could be done two generations ago.

“So those involved in abortion cannot say this is a ‘blob of tissue’ — they know this is a baby, and that abortion takes the life of an unborn child,” she said.

If an early ultrasound or test determines the presence of a malformation in the fetus, the most severe ones — including spina bifida and twin-to-twin transfusion syndrome, which can result in the death of both babies — procedures have been done as early as 15 weeks in these pregnancies. In the latter condition, a surgical procedure has proven to be lifesaving for one, if not both babies.

“This ability to be able to better visualize inside the womb has really allowed us to be able to then treat some of these conditions early on. And even for those that are untreatable, we can give the parents and physicians time to plan for a meaningful and rich life,” said Sander Lee.

In terms of viability, it was known at the time of Roe v. Wade that it was only possible to save premature babies born between 24 and 28 weeks. That clock has been moved up as well.

“We know now that we can save babies routinely at 22 weeks, and sometimes even younger as early as 21 weeks,” said Sander Lee. “That means about just 19 weeks after fertilization.” The world’s most premature baby, born last year at just 21 weeks, celebrated his first birthday this summer.

The Catholic Medical Association argues that the 24- to 28-week criterion for viability is unworkable, demonstrating the flaws in predicting viability, especially if the person responsible for such a prediction is the abortion provider, whose interest is not in protecting life.

“Much is based on access to prenatal and high quality post-natal care,” she told CNS. “Current technology available to diagnose prenatal conditions, and treat the most complex neonatal conditions, were unimagined in 1973 (when the Roe decision was handed down), easily moving viability to as early as 22 weeks’ gestation.

Fifty years of research also has provided a much deeper understanding of fetal pain and suffering.

Under Mississippi state law, the point at which fetal pain is possible is 15 weeks; the state’s law banning abortions after 15 weeks is currently under review by the U.S. Supreme Court, which heard oral arguments Dec. 1 in the case, Dobbs v. Jackson Women’s Health Organization.

“It’s incredible, but they may feel pain from as early as 12 weeks’ gestation — and definitely by 18 weeks,” said Sander Lee. “This is just a phenomenal amount of information that we didn’t have at the time of Roe. We didn’t really understand how much suffering these babies could go through inside the womb.”

A growing body of research suggests that the cerebral cortex of the brain is not absolutely necessary for the perception of pain. So if the cortex is not fully developed in the unborn, that doesn’t mean they can’t perceive pain.

“But I think the more compelling piece of research is, when (physicians) go in through the uterus and inject a baby with anesthesia, you can see the baby’s facial pain expression,” said Sander Lee.

“It’s absolutely remarkable,” she said. “There are bodies of scientific evidence … that show there is actually a pain response and suffering. There have also been a lot of studies showing that (fetuses) release stress hormones as well.”

In an amicus brief filed in Dobbs v. Jackson Women’s Health Organization, the Catholic Medical Association and co-filers expressed the opinion that the court should “extricate itself from the arbitrary line-drawing that Roe and Casey engaged in while attempting to settle the abortion controversy. … Any arbitrary line that the court might seek to replace the viability cut-off would simply amount to yet another act of judicial legislating.”

NEXT: Our Lady of Fatima statue near national shrine in Washington vandalized