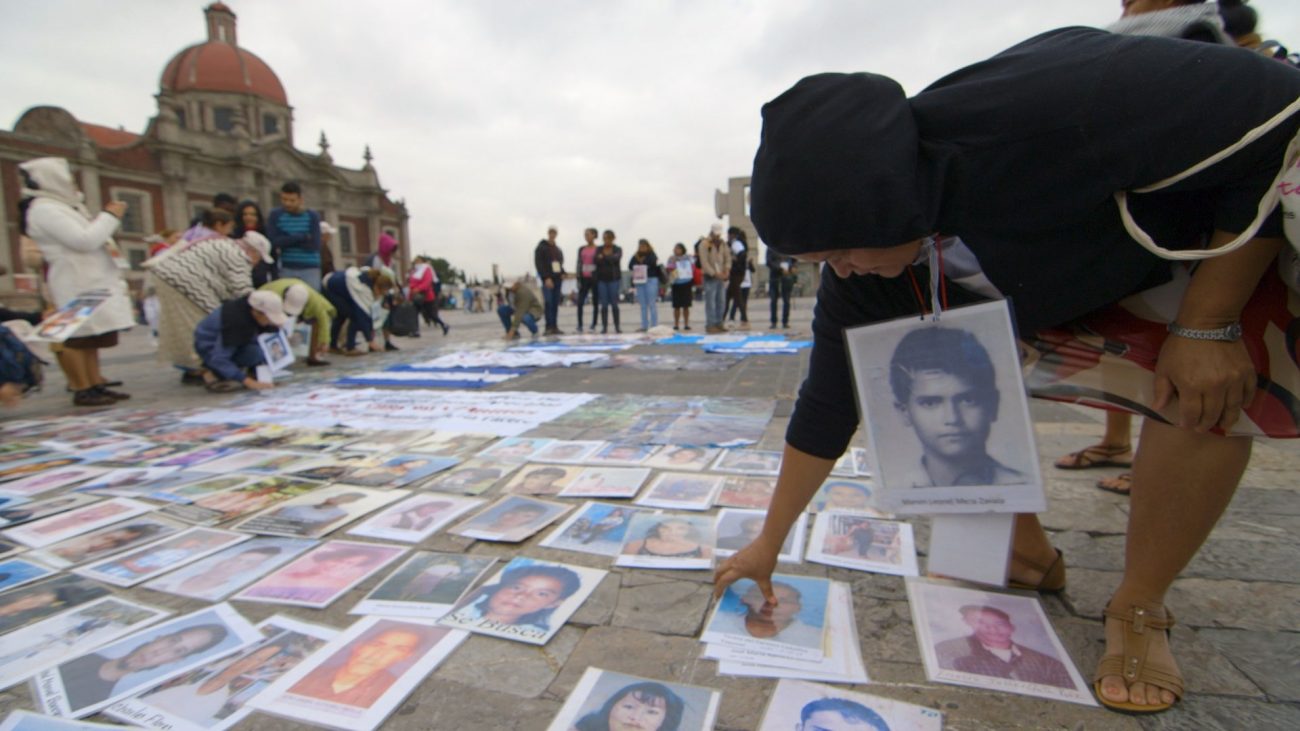 This is a scene from the 2017 documentary "A Place of Absence." The documentary follows director Marialuisa Ernst and her journey with a Caravan of Mothers of Missing Migrants, who are Central American women desperately searching for sons and daughters who vanished en route to the U.S. (CNS photo/courtesy A Place Films, LLC.)

WASHINGTON (CNS) — On paper, some call them “missing,” but many families of the migrants know it’s likely that they’re dead.

Now, the International Organization for Migration, through the Missing Migrants Project, is hoping to shed some light on the plight of families looking for their loved ones as well the magnitude of migrant deaths.

Since 2014, the project has recorded 45,427 missing migrants, just a fraction of “incidents in which migrants, including refugees and asylum-seekers, have died at state borders or in the process of migrating to an international destination.”

“Behind every death is a family — mother, father, brother — searching for answers … they suffer a profound agony over their dead loved ones who are missing,” Rudi Maxwald, senior regional liaison and policy officer with the International Organization for Migration, said in a Dec. 7 webinar that focused on deaths and disappearances on migratory routes in Central and North America.

“Many of them will never have the certainty of what happened to them, nor will they receive their remains. These are unimaginable human tragedies that will affect thousands of families of migrants the rest of their lives,” he said.

Julia Black, a project officer with the organization, said the project has registered more than 5,700 people who have lost their lives in migration journeys in the Americas since 2014, including over 1,000 in 2021.

Though some are classified as “missing,” it’s important to understand, she said, that missing, in this context, usually means “that a person has died in the process of international migration and or they have disappeared, usually at sea, or they are presumed to be dead.”

Some have died during the migration journey because of exposure to the cold, lack of food or water, drowning, in accidents on dangerous transportation routes, violence encountered along the way, falling ill and having no access to health care during the journey, among some of the reasons, said Maxwald.

Edwin Viales of the Missing Migrants Project said the organization is looking at movements of people from South and Central America, but there have been many “invisible shipwrecks” for which they don’t have information, as citizens from places such as Venezuela, Cuba and other nations near the Caribbean take to the seas out of desperation.

The number of known cases would have to be multiplied four times to arrive at anything that resembles a real estimate, he said.

“There may be many other people who could be dead or missing for which no one has any (idea) that those incidents took place,” he added.

Behind the numbers, the organization also is hoping to encourage governments to do more to help families look for loved ones.

Some begin by asking their loved one’s friends or take to social media to ask if anyone has heard from them. But other than, they have no help from governments. Families need to be treated with respect and must be the focus of the processes that lead to investigations regarding missing migrants, Viales said.

“Across the Americas, there are important gaps regarding official, accessible and effective processes to search for missing migrants. Civil society organizations often fill the gaps,” the Missing Migrants Project says on its website.

“So many people don’t even know where to start when searching for a missing person. States need to create a clear, accessible mechanism to help in the search,” said the organization’s Kate Dearden.

In mid-October, Pax Christi USA and the Sisters of the Mercy of the Americas sponsored a group of women called Caravan of Mothers of the Disappeared, who were looking for sons and daughters who were never heard from again after migrating to the U.S.

Though the issue is starting to get some visibility, it is not a prominent topic on the immigration front.

It’s important to consider ways of preventing the dangerous situations that migrants encounter, Maxwald said, and for that to happen, immigration should be “safe, orderly, regular and with dignity, protecting the migrants and making sure no one is left behind.”