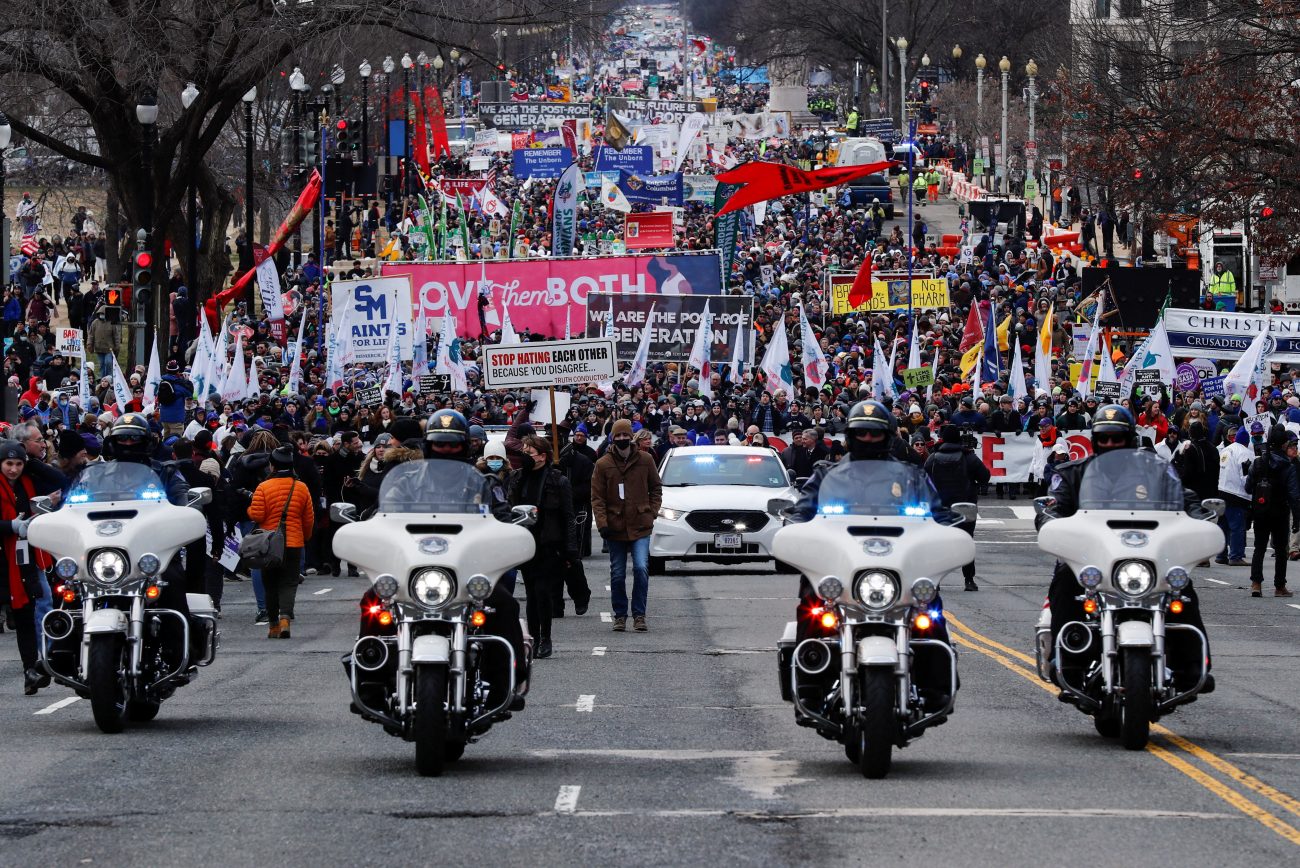 WASHINGTON (CNS) — One aspect of the annual March for Life that never changes is the loud cheering when the lead group, carrying the banner, arrives in front of the Supreme Court.

That tradition was sustained Jan. 21 as groups from Christendom College in Front Royal, Virginia, and Immanuel Lutheran School in Alexandria Virginia, joined by Bishop Michael F. Burbidge of the Catholic Diocese of Arlington, Virginia, arrived from the pre-march rally held in subfreezing temperatures on the National Mall.

The march up Constitution Avenue to the court had taken them slightly more than two hours.

The crowd, not quite the more than 100,000 who attended in 2020 when President Donald Trump addressed the rally in person, nonetheless appeared robust, and easily was within the estimate march organizers always give as being in the tens of thousands.

And that was just fine with Jeanne Mancini, president of the March for Life Education and Defense Fund.

“Every year is unique,” she told Catholic News Service before the rally began. “But the energy and enthusiasm of the marchers is palpable.”

But there’s one plan in place if that occurs.

Overturning Roe would return all abortion restrictions to the states. So Mancini said the plan is to have statewide marches established in all 50 states over the next seven years. There are currently a handful of state marches, an effort that began six years ago.

Jeff Hunt, director of the Centennial Institute, a think tank attached to Colorado Christian University, said he thought legalized abortion was a nonstarter with the young people who have dominated March for Life for many years.

“Many of them grew up with their brother’s or sister’s sonogram taped to the refrigerator door, ” he said. “I think that’s shaping the idea that a child is not a bunch of cells you can kill.”

He thought the current generation of young people is “naturally more pro-life than previous generations.”

Marianne Hofer, coordinator of the student pilgrimage from the University of Mary in Bismarck, North Dakota, said, “We’re extremely excited. We’re very honored to be here at a time when Roe could be overturned.”

The university sent 230 students. Hofer estimated that about half were at their first March for Life.

The march was briefly delayed after it got underway when members of Patriot Front, known as a white nationalist hate group, attempted to march alongside. But they were quickly dispersed.

“March for Life promotes the beauty, dignity and worth of every human life by working to end the violence of abortion. We condemn any organization that seeks to exclude a person or group of people based on the color of their skin or any other characteristic,” Mancini told CNS later in reaction to Patriot Front’s effort to join the march.

“Such exclusion runs counter to our mission which recognizes that all human lives are equal from the moment of conception: equality begins in the womb,” she said.

In a statement issued ahead of the march, Bishop Burbidge said the March for Life “is a powerful witness to essential truths that unite us: All of life is sacred and, thus, the life of the unborn child must be protected from the horror of abortion and life at every stage must be revered, cherished and treasured.”

“We march peacefully each year in our nation’s capital to give witness to these truths to a nation in which many in public office and others throughout our communities continue to reject them. Yet we will never despair nor tire of proclaiming the Gospel of Life, with firm belief in the power of God to transform hearts,” he added.

He echoed what Baltimore Archbishop William E. Lori said in his homily at a Jan. 21 vigil Mass at the Basilica of the National Shrine of the Immaculate Conception: that the church stands read through its many pastoral ministries “to assist parents who choose life and need support and care.” 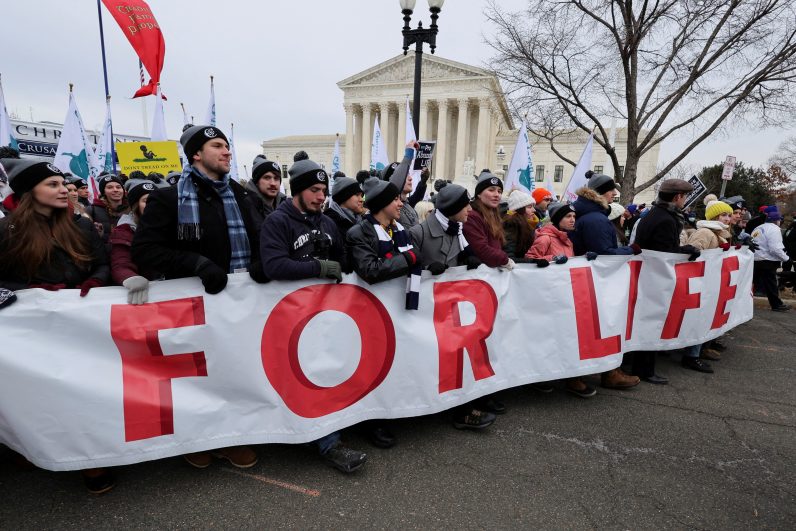 PREVIOUS: Catholics urged to pray, work for day when law protects every life

NEXT: Rally speakers confident about abortion law changes but see work ahead