‘Marry Me’ is better left at the theater’s threshold 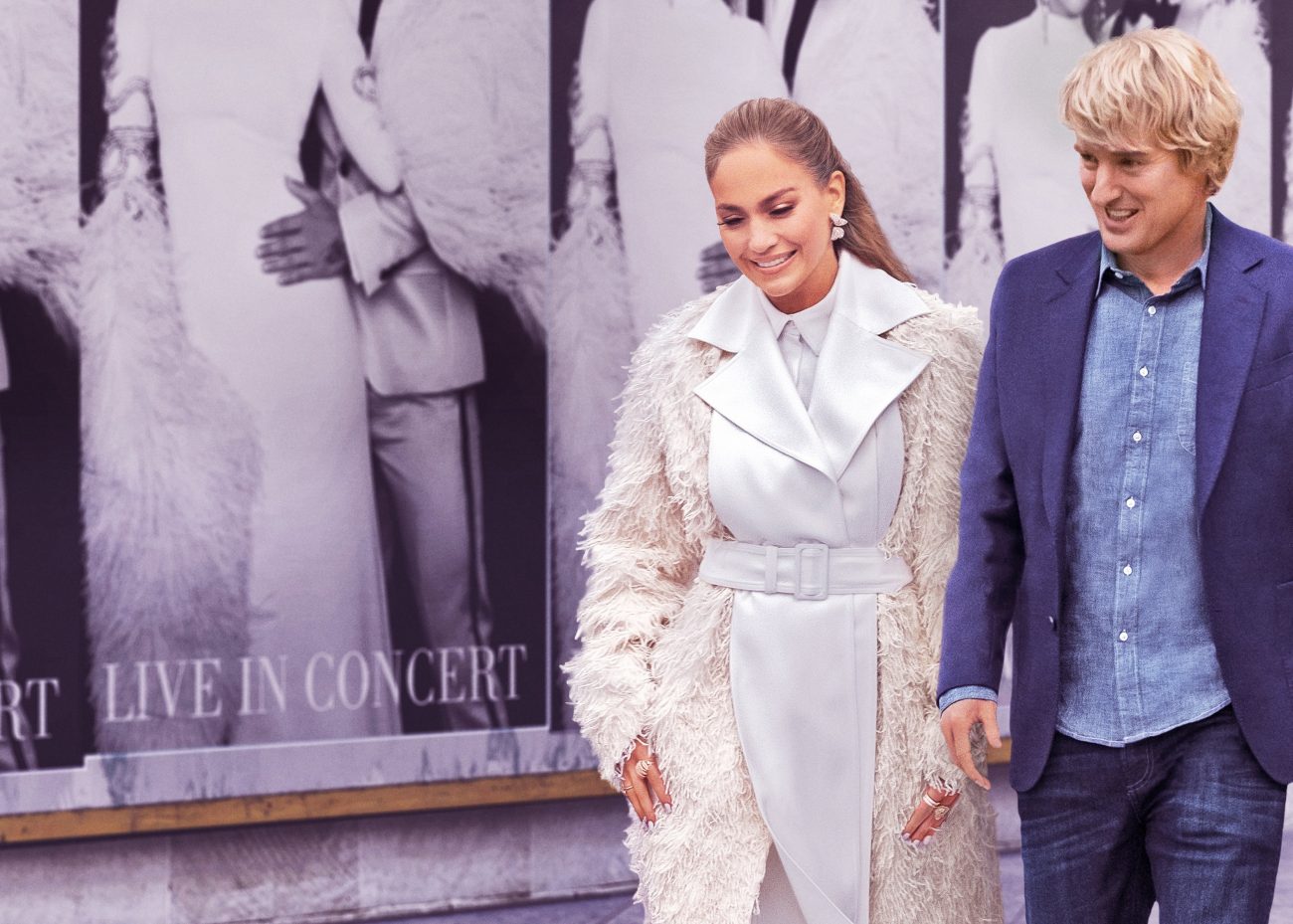 This is the poster for the movie "Marry Me" starring Jennifer Lopez and Owen Wilson. The Catholic News Service classification is A-III -- adults. The Motion Picture Association rating is PG-13 -- parents strongly cautioned. Some material may be inappropriate for children under 13. (CNS photo/Universal)

NEW YORK (CNS) — For most of its running time, the romantic comedy “Marry Me” (Universal) registers as an amiable, if unlikely, fantasy whose script, penned by John Rogers and Tami Sagher, shows some inclination toward traditional values.

But newfangled mores win out in the end and a single sequence within the film is patently offensive.

Early scenes show us the preparations for Kat’s mega-media-event wedding to her equally prominent fiance and fellow vocalist, Bastian (Maluma). But just moments before the heralded event, Kat discovers that Bastian has been cheating on her. So, in mid-meltdown, she summons Charlie out of the live audience for the combination concert and nuptials and impulsively exchanges vows with him instead.

Rather than be branded unstable, the already thrice married Kat decides, after some reflection, to see if she and Charlie can actually make a go of their spur-of-the-moment splicing. Charlie — himself a divorcee raising his preteen daughter, Lou (Chloe Coleman) — proves willing, and what follows is, in large part, an exploration of the odd couple’s contrasting lifestyles.

The proceedings are given note of old-fashioned charm thanks to Charlie’s gallantry in wishing to help his celebrity “spouse” in a moment of crisis — though the method by which he does so is as questionable as it is extraordinary. Similarly, with physical intimacy being initially debarred by mutual consent, the duo gradually gets to know each other as friends in a process resembling the courtships of an earlier era.

Unsurprisingly, perhaps, their agreement on this subject is eventually abandoned. Less predictably, one of Kat’s musical numbers showcases her back-up singers cavorting in latex nuns’ habits and clerical collars. Additionally, she sports an outfit featuring a large embroidered cross and the dance routine finds her blessing herself several times. This interlude, however brief, is repulsive.

Yet, on a more fundamental level, the movie juxtaposes Bastian’s frivolous philandering against Charlie’s solid domesticity and aims to give a hopeful view of lifelong commitment. That, of course, only makes its fleeting detour into semi-sacrilege — a digression believing viewers would be fully justified in considering as a reason for avoiding the picture altogether — even more regrettable.

The film contains distastefully irreligious images, offscreen premarital sexual activity, verbal and visual references to homosexuality, partial nudity, about a half-dozen uses each of profanity and milder swearing and a few crude and crass expressions. The Catholic News Service classification is A-III — adults. The Motion Picture Association rating is PG-13 — parents strongly cautioned. Some material may be inappropriate for children under 13.

NEXT: Catholic view on mental health topic of book