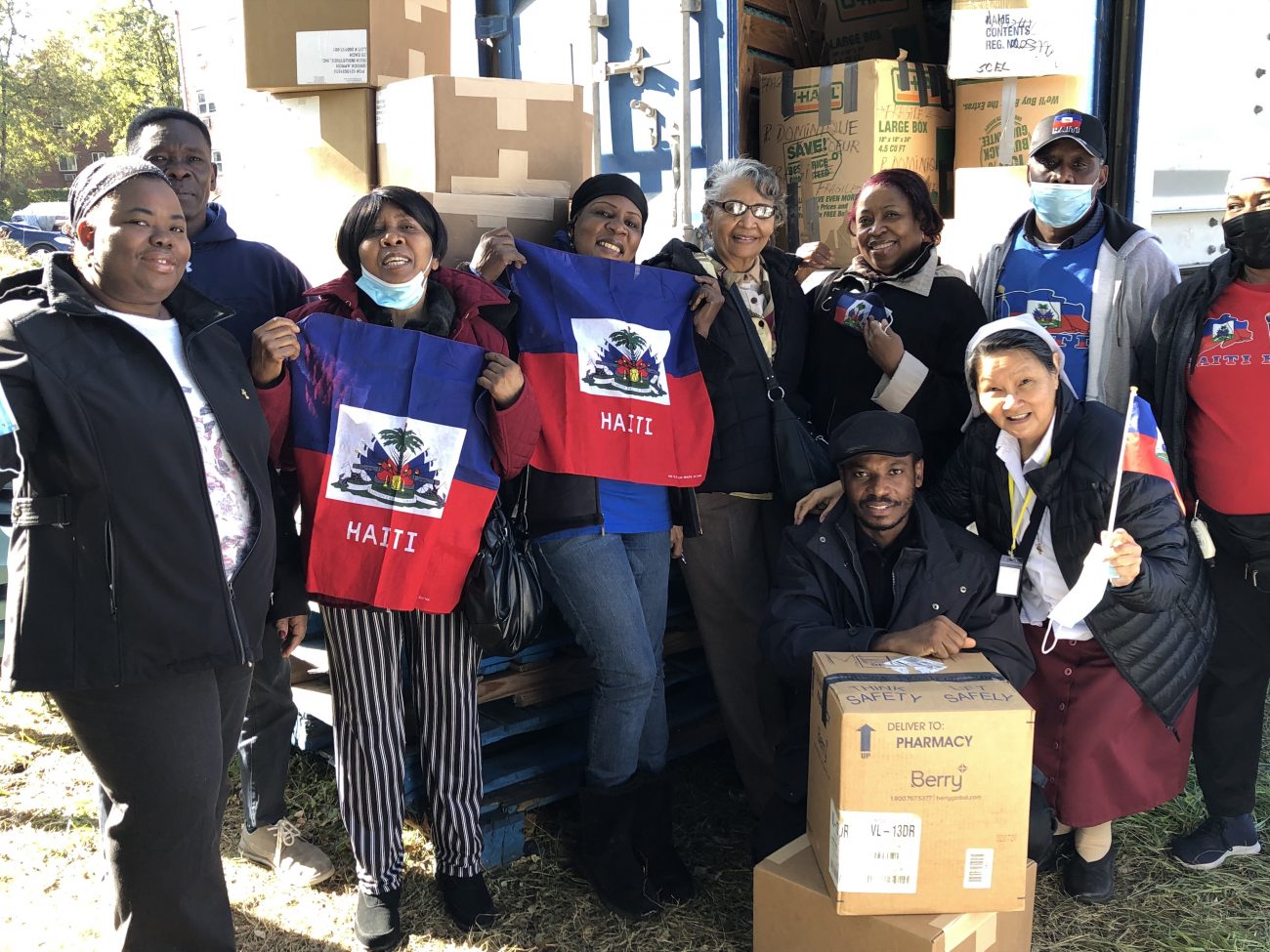 “We were overjoyed to receive a container of products that came from the Archdiocese of Philadelphia,” said Missionary Oblate of Mary Immaculate Father Jean-François Printemps, the order’s provincial councilor in Haiti.

Father Printemps detailed news of the shipment’s arrival in a mid-January email to fellow Oblate Father Eugène Almonor, chaplain of the archdiocesan Haitian Apostolate and a native of Haiti.

Following a devastating August 2021 earthquake in southern Haiti – one that destroyed much of his order’s missionary campus in Les Cayes — Father Almonor and apostolate members began collecting medical supplies, clothing, non-perishable food, toiletries, and basic furniture to aid victims of the disaster.

Also coordinating the initiative were the archdiocesan Office for Pastoral Care for Migrants and Refugees and Catholic Social Services (CSS), with the latter agency covering the estimated $7,000 in ocean shipping costs for the container. 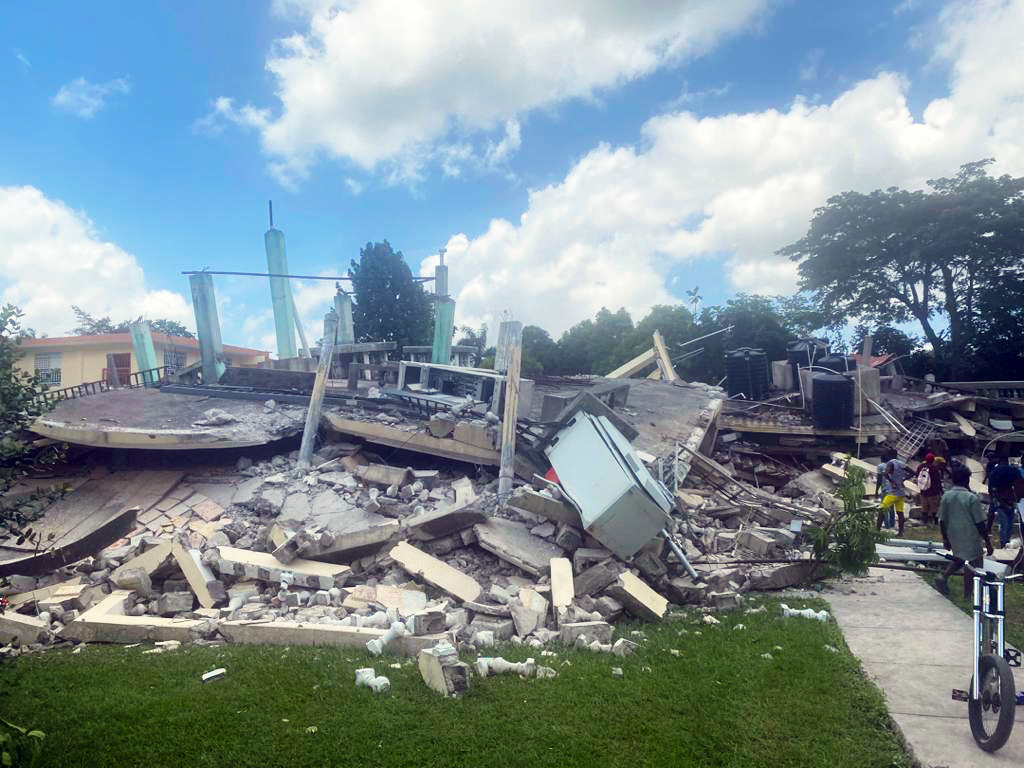 Among the most precious donations was a tabernacle from the former Bishop McDevitt High School, which closed last year.

In early November, members of the local Haitian Catholic community loaded the items into a 20-foot sea container for shipment to Port-au-Prince, some 1,740 miles from the Port of Philadelphia.

Docking on Dec. 24, the shipment was “a Christmas gift” that “despite the uncertainties of the national highway” made it safely to its final destination in Les Cayes, where “the products were distributed in every location of the (Oblate) mission,” said Father Printemps.

All told, 16 parishes, 7 schools and colleges and two dispensaries served by the Oblates benefited from the shipment – and the goods were badly needed, he said.

“Many families have lost everything,” said Father Printemps. “They are starved, (with) no means of survival, no access to appropriate healthcare.”

Churches were “destroyed,” while schools are “operating under tarps or sheds with very (little) furniture,” he said.

Kidnapping, gun violence and political turmoil continue to plague Haiti, which has been hard hit by COVID – and has struggled to rebuild over the decade since the 2010 disaster.

In July 2021, Haitian president Jovenel Moïse was ambushed and shot dead in his home; his wife Martine, survived her injuries in the attack. The assassination is still under investigation, and international officials fear renewed violence as Feb. 7 marks the formal end of Moïse’s term, potentially sparking challenges to successor Ariel Henry’s tenure.

Following an October 2021 visit to that nation, Archbishop Vincenzo Paglia, president of the Pontifical Academy for Life, called for international aid to Haiti, writing in an op-ed that its “cry for help … cannot go unheeded, especially by Europe, which over the centuries has divided, plundered and finally abandoned this wonderful island.”

Despite the “climate of insecurity and the unprecedented crisis raging in Haiti … the Oblate missionaries are doing their best during a multitude of problems, one more complex than the other,” said Father Printemps. “They are looking to see how to embrace their new situation.”

And the container of care from Philadelphia has helped, he said, describing the gesture as a sign of “a church in solidarity, sensitized (to) the calamities of a sister church.”

“Thank you so much for opening your heart to your brothers and sisters of Haiti, particularly those of the southern part,” said Father Printemps. “Rest assured that every contribution, however modest, has made a difference. You know it as well as I do: it is by putting together our means that we lighten the burden.”

NEXT: Men’s conference coming to Immaculata U March 19