Groups sue to get info on Catholic agencies helping migrants 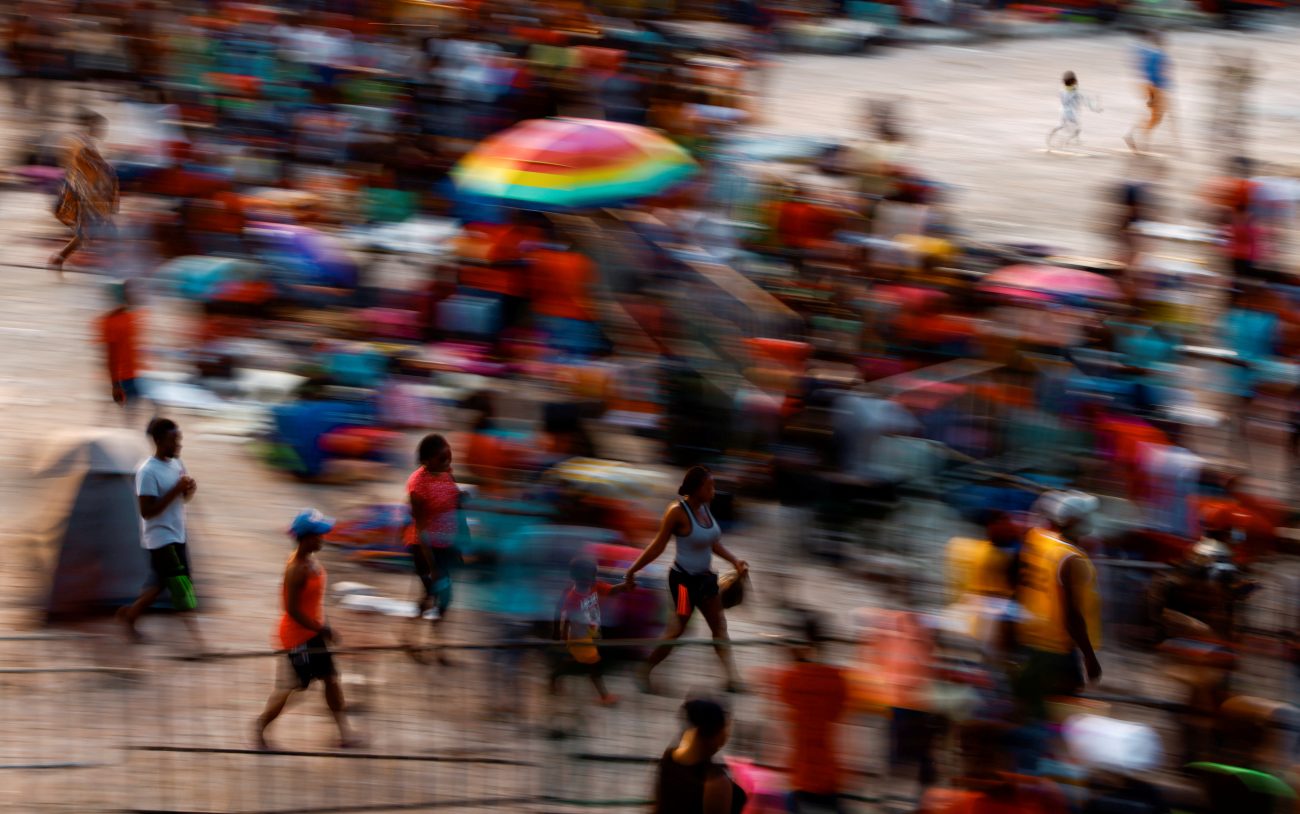 Migrants in Tapachula, Mexico, wait in a stadium Dec. 3, 2021, as they hope to receive help from the Mexican government to obtain humanitarian visas to transit Mexico. (CNS photo/Jose Luis Gonzalez, Reuters)

WASHINGTON (CNS) — CatholicVote, a political advocacy group, has filed a lawsuit against the Biden administration seeking information about how the government and church-affiliated groups, mainly in the Diocese of Brownsville, Texas, have gone about “facilitating a record surge in illegal immigration.”

The lawsuit was filed under the Freedom of Information Act Feb. 4 with Judicial Watch.

The suit said the organizations want records of communication between administration officials and the Diocese of Brownsville; Bishop Daniel E. Flores, who heads the diocese; Catholic Charities of the Rio Grande Valley; Sister Norma Pimentel, “in her capacity as the executive director of the local Catholic Charities; and the Humanitarian Respite Center in McAllen, Texas, which Sister Pimentel is known for administrating.

A Feb. 9 email said CatholicVote was “demanding transparency from the federal government and to know whether and how it has funded and coordinated with Catholic-affiliated charities in facilitating a record surge in illegal immigration.”

A news release issued the same day by the Wisconsin-based group said the administration has refused to provide information on its communication with the Catholic-affiliated border charities mentioned in the suit.

“American Catholics deserve to know the full extent of the U.S. government’s role in funding and coordinating with Catholic Church-affiliated agencies at the border, and what role these agencies played in the record surge of illegal immigrants over the past year,” Brian Burch, president of CatholicVote, said in a statement.

“We will do whatever is necessary to uncover the truth,” he said.

The Catholic Church provides programs throughout the world to welcome and accompany those who are forced to leave their homelands. The work historically has been backed by the U.S. Conference of Catholic Bishops as well as Catholic groups in the U.S. and around the world.

CatholicVote also said it was seeking “all communications” between the U.S. Customs and Border Patrol and the USCCB as they pertain to Sister Pimentel, the respite center and the Catholic Charities agency with which she is affiliated.

Sister Pimentel, a member of the Missionaries of Jesus, has received praise, including from Pope Francis, for her work with migrants under the auspices of the Brownsville Diocese, which helps those who cross into the U.S. near the McAllen and Brownsville area at the respite center, close to the U.S.-Mexico border.

On Feb. 10, Fox News reported that Republican Congressman Lance Gooden, of Texas, had sent the network a letter in which he questioned Catholic organizations about their role at the border and accused them of helping fuel problems at the southern border.

Fox said Gooden had written to several faith-based nonprofits, also called nongovernmental organizations or NGOs, including Catholic Charities USA, about retaining “any relevant documents and communications related to encouraging, transporting and harboring aliens to come to, enter or reside in the United States, needed for future oversight or legislative requests from the United States Congress.”

“I am troubled by the growing role NGOs have in fueling the drastic increase in illegal immigration across our southern border and throughout the country,” the congressman was quoted by Fox in an email message sent to the network.

Catholic Charities USA told Fox News Feb. 10 that “the Catholic Church has been ministering to the poor for 2,000 years and Catholic Charities, the U.S. humanitarian arm of the church, has been caring for our vulnerable sisters and brothers since 1910.”

“In collaboration with every administration since our founding a century ago,” the group said, “we are on the ground doing what they can’t — caring for those who are homeless, hungry, disaster-stricken, out-of-work and suffering. Our work is humanitarian, not political, and we proudly serve both citizens and migrants in our country.”