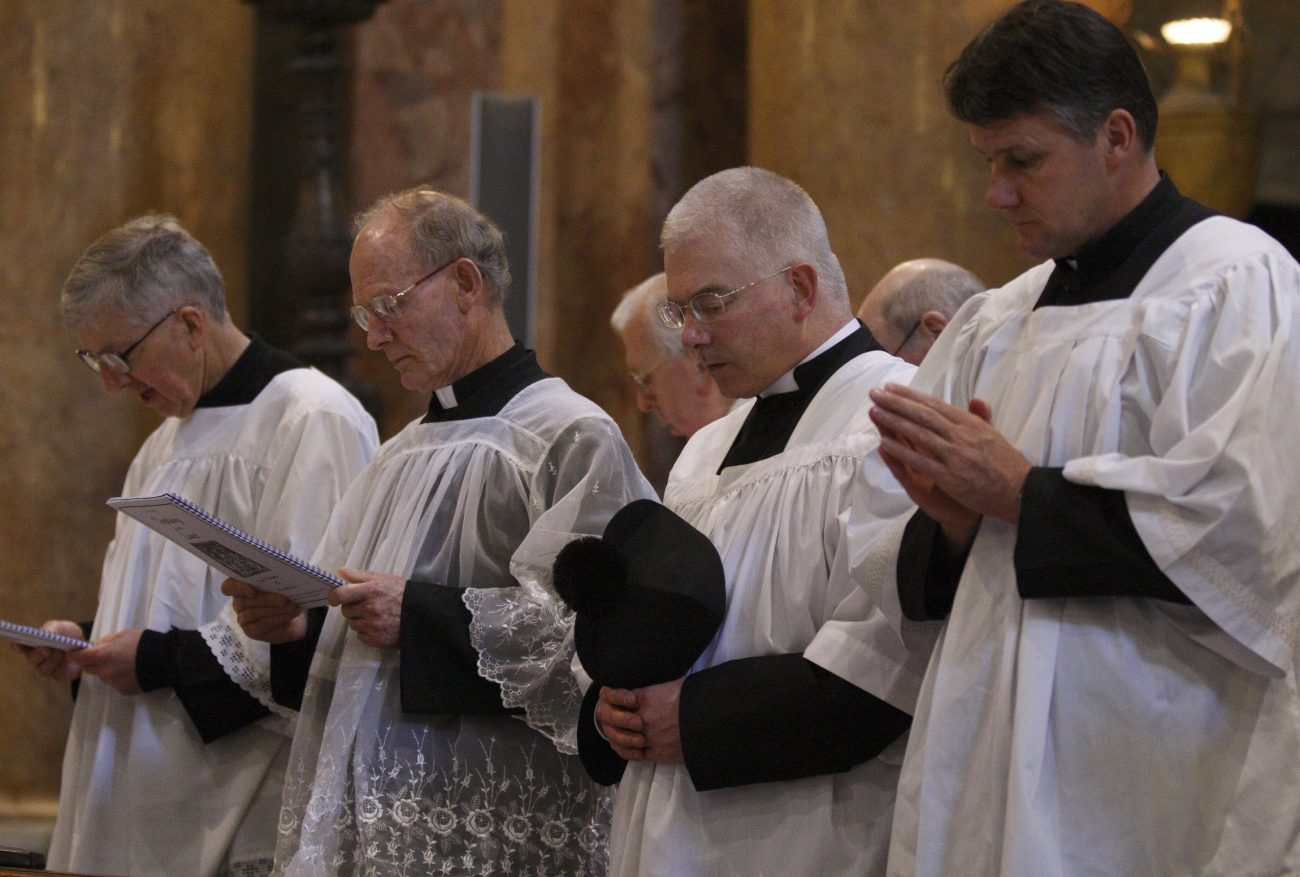 Priests pray during a solemn vespers and benediction service in the extraordinary form at the Church of the Holy Trinity of the Pilgrims, a Fraternity of St. Peter parish, in Rome in this Jan. 6, 2010, file photo. Pope Francis has confirmed that members of the Fraternity of St. Peter, a traditionalist group, may continue to celebrate Mass, the sacraments and prayer using the pre-Vatican II texts and forms. (CNS photo/Paul Haring)

VATICAN CITY (CNS) — Pope Francis has confirmed that members of the Fraternity of St. Peter may continue to celebrate the Mass, sacraments and Liturgy of the Hours using the pre-Vatican II texts and forms, the fraternity said.

The fraternity, founded in 1988 by traditionalist priests wanting to maintain the old rites while remaining in full communion with the pope, published a copy of the pope’s decree on their website Feb. 21.

In an accompanying statement, the fraternity said that Father Benoit Paul-Joseph, superior of the district of France, and Father Vincent Ribeton, rector of St. Peter’s Seminary in Wigratzbad, Germany, had met with Pope Francis Feb. 4 and discussed the pope’s apostolic letter “Traditionis Custodes” (Guardians of the Tradition), which limited celebrations of the Mass according to the rite used before the Second Vatican Council.

“In the course of the audience, the pope made it clear that institutes such as the Fraternity of St. Peter are not affected by the general provisions of the motu proprio ‘Traditionis Custodes,’ since the use of the ancient liturgical books was at the origin of their existence and is provided for in their constitutions,” the fraternity said.

The decree signed by the pope and posted on the fraternity’s website said Pope Francis “grants to each and every member” of the fraternity “the faculty to celebrate the sacrifice of the Mass, and to carry out the sacraments and other sacred rites, as well as to fulfill the Divine Office, according to the typical editions of the liturgical books, namely the Missal, the Ritual, the Pontifical and the Roman Breviary, in force in the year 1962.”

“They may use this faculty in their own churches or oratories,” the decree said. “Otherwise it may only be used with the consent of the ordinary of the place, except for the celebration of private Masses.”

“Traditionis Custodis” affirmed the duty of bishops to regulate the times and places for celebrations of the Mass using the pre-Vatican II liturgy, ensuring that the faithful who attend those liturgies “do not deny the validity and the legitimacy of the liturgical reform” of the Second Vatican Council.

The fraternity’s website says it has more than 300 priests and 150 seminarians from 30 countries and serves in more than 130 dioceses around the world. 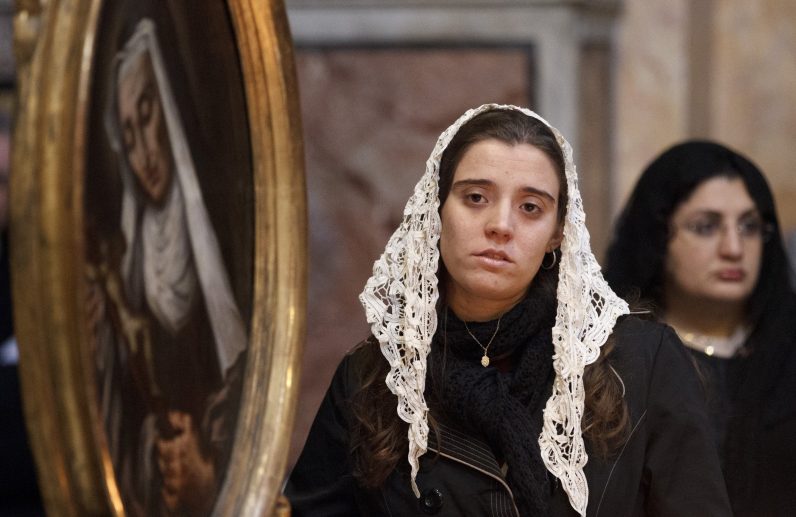 Maria Regina Zucchi of São Paulo stands near a painting of a saint as she attends a Mass at the Church of the Holy Trinity of the Pilgrims, a Fraternity of St. Peter parish, in Rome in this Nov. 1, 2012, file photo. Pope Francis has confirmed that members of the Fraternity of St. Peter, a traditionalist group, may continue to celebrate Mass, the sacraments and prayer using the pre-Vatican II texts and forms. (CNS photo/Paul Haring)