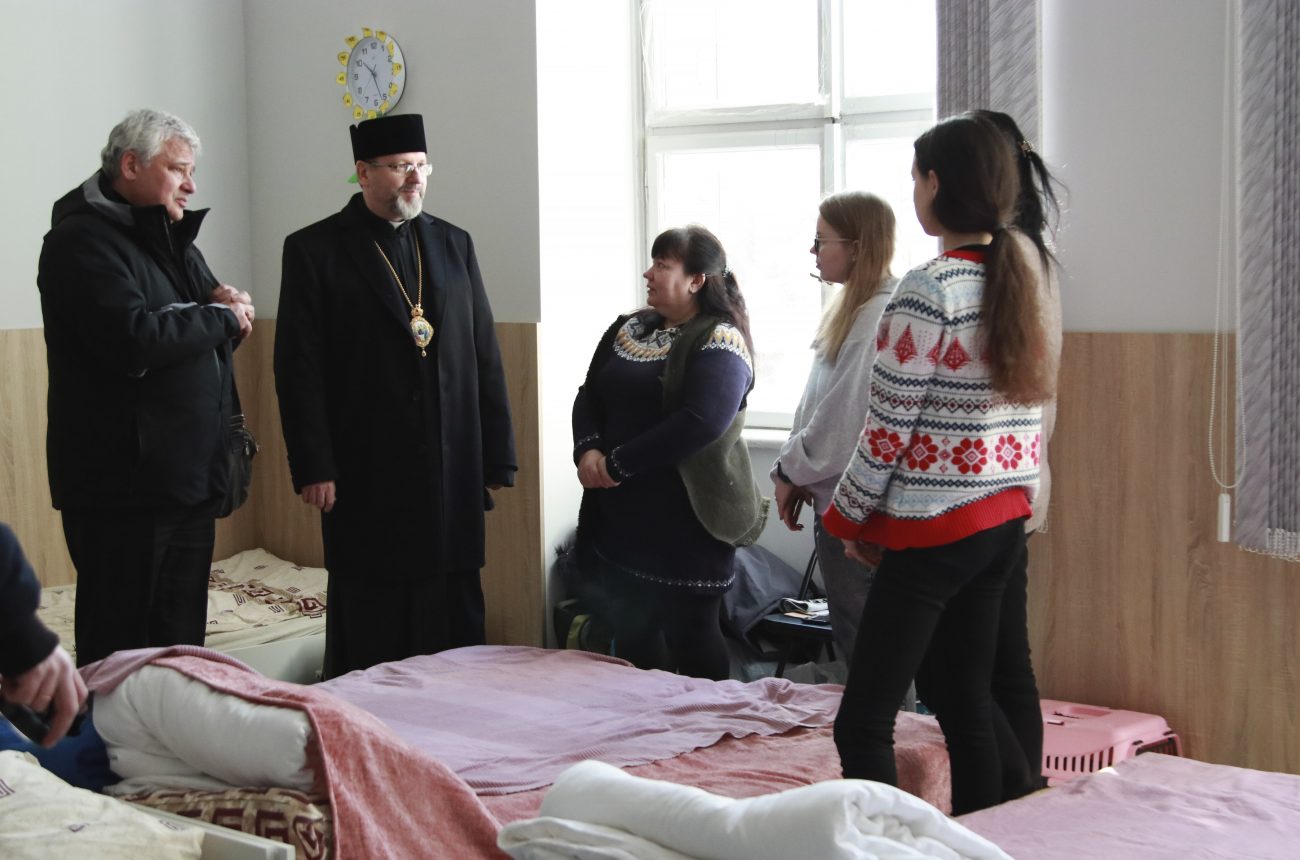 LVIV, Ukraine (CNS) — “I’ve come with the three most sophisticated Gospel weapons: prayer, fasting and alms,” Cardinal Konrad Krajewski told reporters in Western Ukraine March 10 as he prepared to head toward Kyiv and other cities under Russian bombardment.

At the behest of Pope Francis, Cardinal Krajewski, the papal almoner, arrived in Poland March 7 to offer encouragement and material help to Ukrainian refugees and the volunteers assisting them. Two days later, he crossed the border into Ukraine.

“The Holy Father wanted to bring his blessings to all people: Ukrainians, fighters, those who were forced to abandon their homeland. He wants people to feel his closeness, his blessings and receive his material support as well,” the cardinal told Catholic News Service.

After an interreligious prayer service in the morning March 10 and an evening Mass at Lviv’s Church of St. John Paul II, the cardinal prepared to travel on.

“I will go wherever the war situation allows,” he told CNS.

Archbishop Sviatoslav Shevchuk of Kyiv-Halych, head of the Eastern-rite Ukrainian Catholic Church, traveled from Kyiv to meet with Cardinal Krajewski and with Archbishop Mieczyslaw Mokrzycki, head of the Latin-rite Archdiocese of Lviv.

The three joined representatives of other Christian churches and other religions at the Latin-rite cathedral to pray for peace.

Archbishop Shevchuk turned to God, praying: “Before your eyes today we present the sorrow and pain of Ukraine. Mountains of corpses, rivers of blood and seas of tears. We pray for all those who gave up their lives for the homeland, for our army, for the sons and daughters of Ukraine, who shield lives with their own bodies in the face of the enemy. 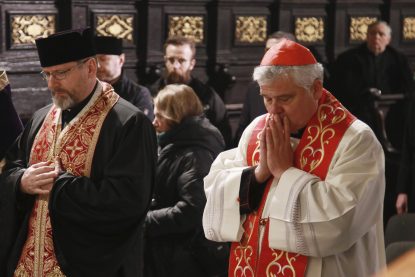 “We pray for all those innocently killed, peaceful people of Ukraine: women, children, the elderly. We pray for the victims of Mariupol who are being buried in massive common graves without Christian burial and honor,” he continued. “Receive our prayers for their eternal repose.”

Archbishop Mokrzyki told CNS that the church helps to provide all of them with food, a place to stay, “but, above all, the warmth of our hearts, because they are very tired, bombarded internally.”

“We are doing our best so that people gain peace here, calm down, acquire strength” for what, “unfortunately,” is likely to be a further journey out of Ukraine, the archbishop said.

With the two archbishops, Cardinal Krajewski toured facilities that have been turned into shelters and visited a warehouse where food, clothing and medicine donated from abroad is sorted and dispatched to other parts of Ukraine, especially cities under heavy shelling.

Pope Francis had sent money to help pay for fuel for the trucks, he said. 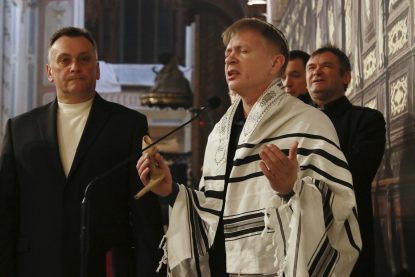 A Jewish representative participates in a prayer service in the Latin-rite cathedral of Lviv, Ukraine, March 10, 2022. The service was attended by Archbishop Sviatoslav Shevchuk of Kyiv-Halych, head of the Eastern-rite Ukrainian Catholic Church, Cardinal Konrad Krajewski, the papal almoner, and Archbishop Mieczyslaw Mokrzycki, head of the Latin-rite Archdiocese of Lviv. (CNS photo/courtesy Ukrainian Catholic Church)

The cardinal also said he had been in touch with bishops in Kyiv, Odessa and Kharkiv, who have reported that the deliveries are getting through. “I want to assure all donors that their gifts of the heart go to the people who need it most — most to eastern Ukraine,” he said.

“Ukraine is in dire need of help, especially material help, solidarity and prayer, because our faith can move mountains and therefore stop the war,” he told CNS.

The cardinal also spoke about his earlier visit to Poland where a massive, mostly volunteer-staff effort is ongoing to help the women, children and elderly fleeing the fighting.

The U.N. Refugee Agency said March 11 that more than 2.5 million people had left the country seeking safety abroad; more than 1.5 million of them went to Poland.

Cardinal Krajewski said he had met members of the Knights of Columbus, “who are donating all their time, their hands and their material goods to help Ukraine, which is in dire need.”

Thousands of refugees are being hosted by private families, he noted. “There is a Polish proverb: ‘A guest in the house is God in the house,’ and it is implemented.” 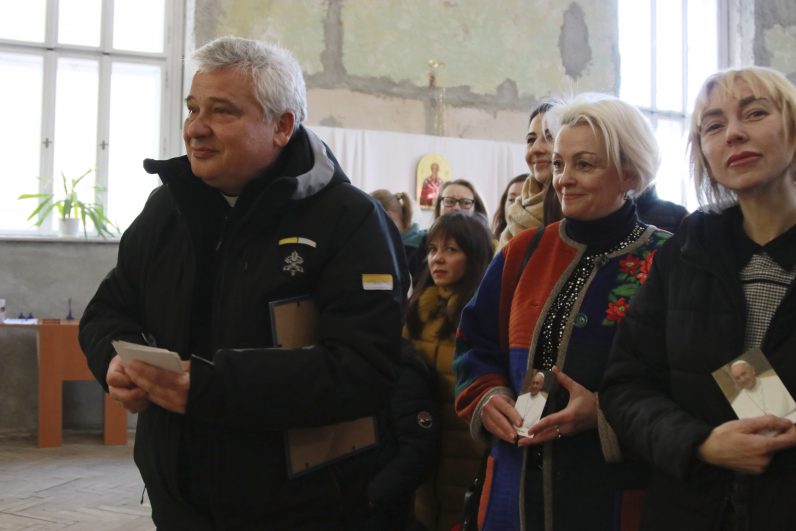