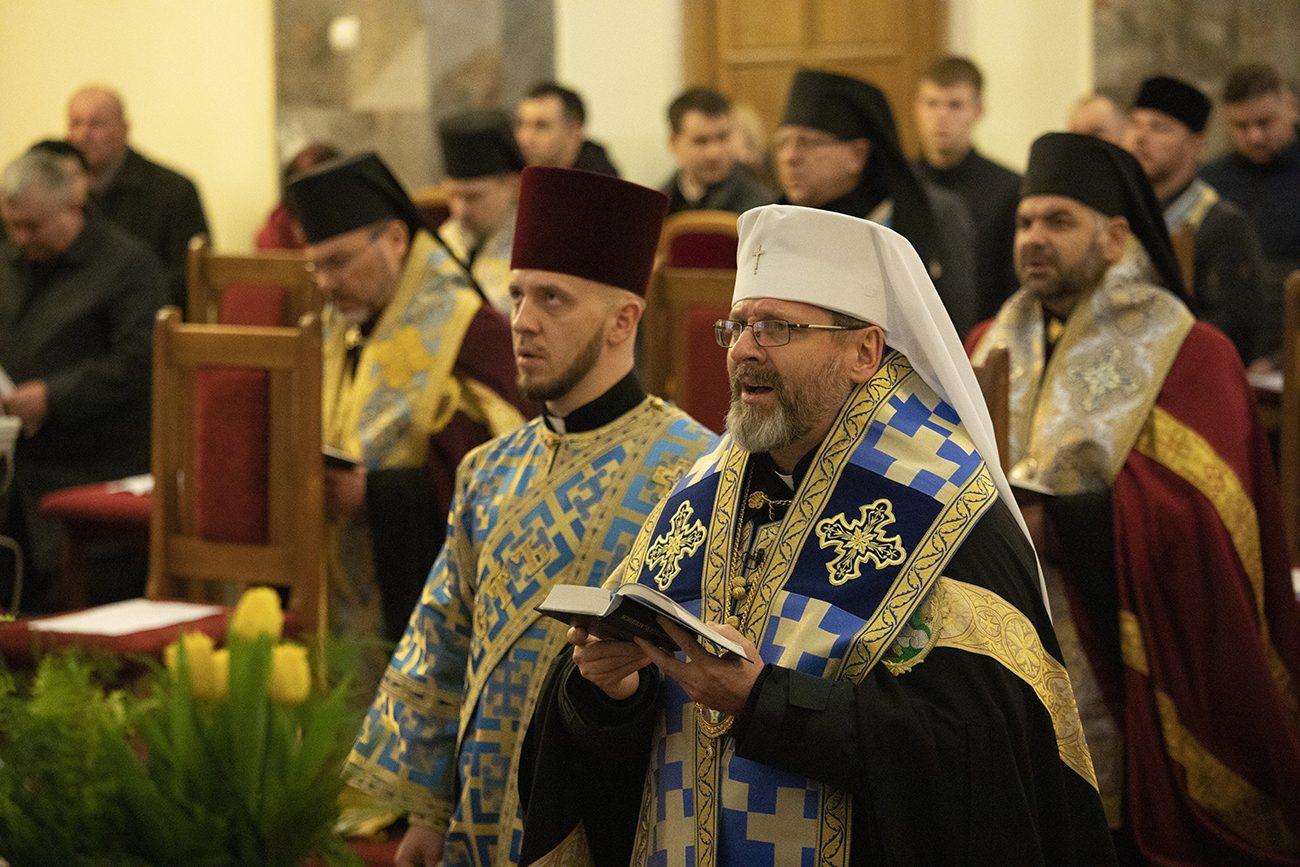 ROME (CNS) — With his voice often trembling and tears sliding down to his beard, the head of the Ukrainian Catholic Church spoke via Zoom about the death and destruction Russia is raining down on his people and his country.

Archbishop Sviatoslav Shevchuk of Kyiv-Halych repeatedly apologized for the tears and acknowledged the contrast between his daily video messages of encouragement to his people and his talk during the webinar March 29 sponsored by Rome’s Pontifical Oriental Institute.

He started the videos to keep in touch with his people and “just to let people know that I am alive, the city of Kyiv lives,” he said, his voice breaking.

“Forgive me for my tears, but I think I can (cry) with you,” he said. “With my people, I feel an obligation to be a preacher of hope, a hope that does not come from military power or from the possibility of diplomacy — we don’t have those hopes yet — but a hope that comes from faith.”

“Today, I am speaking to you from Kyiv. It’s a miracle,” Archbishop Shevchuk said. “The strength of the Ukrainian people is being revealed as a miracle that is surprising the world.”

In too many cities in Ukraine, the archbishop said, the Russians have “razed everything to the ground” and the only food the people have is what they get from the churches and other aid agencies.

The city of Slavutych, near the failed Chernobyl Nuclear Power Plant, is surrounded, he said, and an Eastern-rite Catholic priest and his wife there welcomed their third child into the world “in the midst of a terrible assault.” 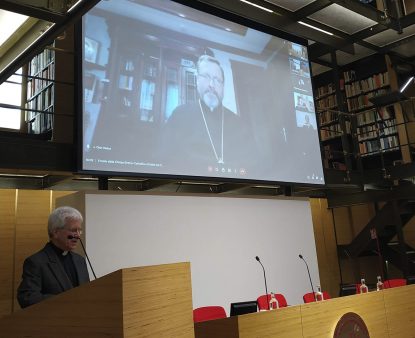 Archbishop Sviatoslav Shevchuk of Kyiv-Halych, major archbishop of the Ukrainian Catholic Church, speaks from Ukraine via video link to a conference at the Pontifical Oriental Institute in Rome March 29, 2022. With his voice often trembling and tears sliding down to his beard, the head of the Ukrainian Catholic Church spoke about the death and destruction Russia is raining down on his people and his country. (CNS photo/courtesy Pontifical Oriental Institute)

“The baby was born in a hospital without electricity and without water,” Archbishop Shevchuk said. “When the war started, knowing that the baby was about to be born, I tried to intercede to get my priest and his family brought to safety. He told me, ‘You are my bishop and I received from you the mandate to be the pastor of these people. I can’t leave.’ And he stayed. For the last three days, I haven’t heard from him.”

People will rebuild the churches and houses and bridges and factories destroyed by Russian shelling, he said, but the people killed will not be reunited with their loved ones “only on the day of the resurrection of the body.”

Archbishop Shevchuk choked up talking about the bravery of his priests and their wives, but his tears really began to flow when he spoke about reports of thousands of people, including children, being taken against their will to Russia and their passports being confiscated.

“This reminds us of the deportations of (Josef) Stalin,” he said. “We are talking about children, women, people with handicaps. What awaits them? What future will they have? Certainly, they will die.”

“I feel an obligation to be the voice of this suffering people and to be a simple witness to the reality being lived by our people in Ukraine.”

“I never would have imagined being the head of the church in a time of war,” he said. “No one is ever prepared for war except for the criminals who plan and put it into action.”

In a long list of people he wanted to thank, Archbishop Shevchuk singled out Pope Francis, especially for his decision to lead a global consecration of the world, Ukraine and Russia to the Immaculate Heart of Mary March 25.

The consecration was important, he said, because “before our eyes there is a battle, an apocalyptic battle, between good and evil.” 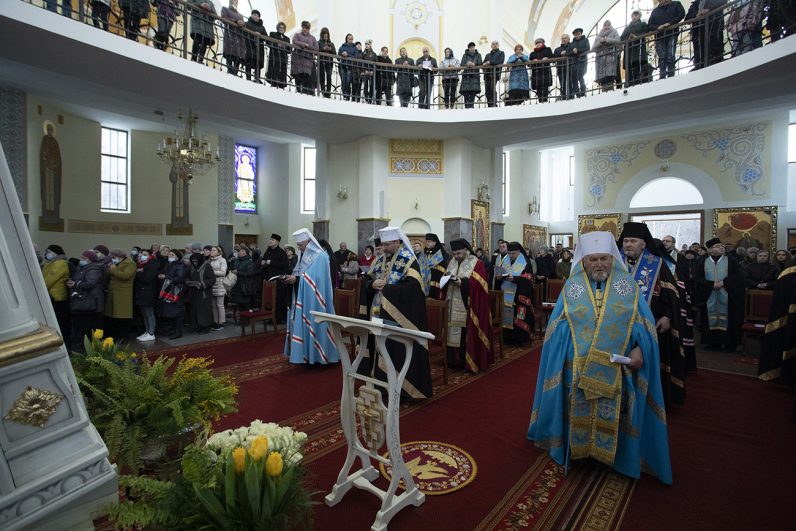 Archbishop Sviatoslav Shevchuk of Kyiv-Halych, center, major archbishop of the Ukrainian Catholic Church, joins Pope Francis and bishops around the world in consecrating Ukraine and Russia to the Immaculate Heart of Mary March 25, 2022. The archbishop’s service was held in the Cathedral of the Mother of God in Zarvanytsia, Ukraine. (CNS photo/Ukrainian Catholic Church)