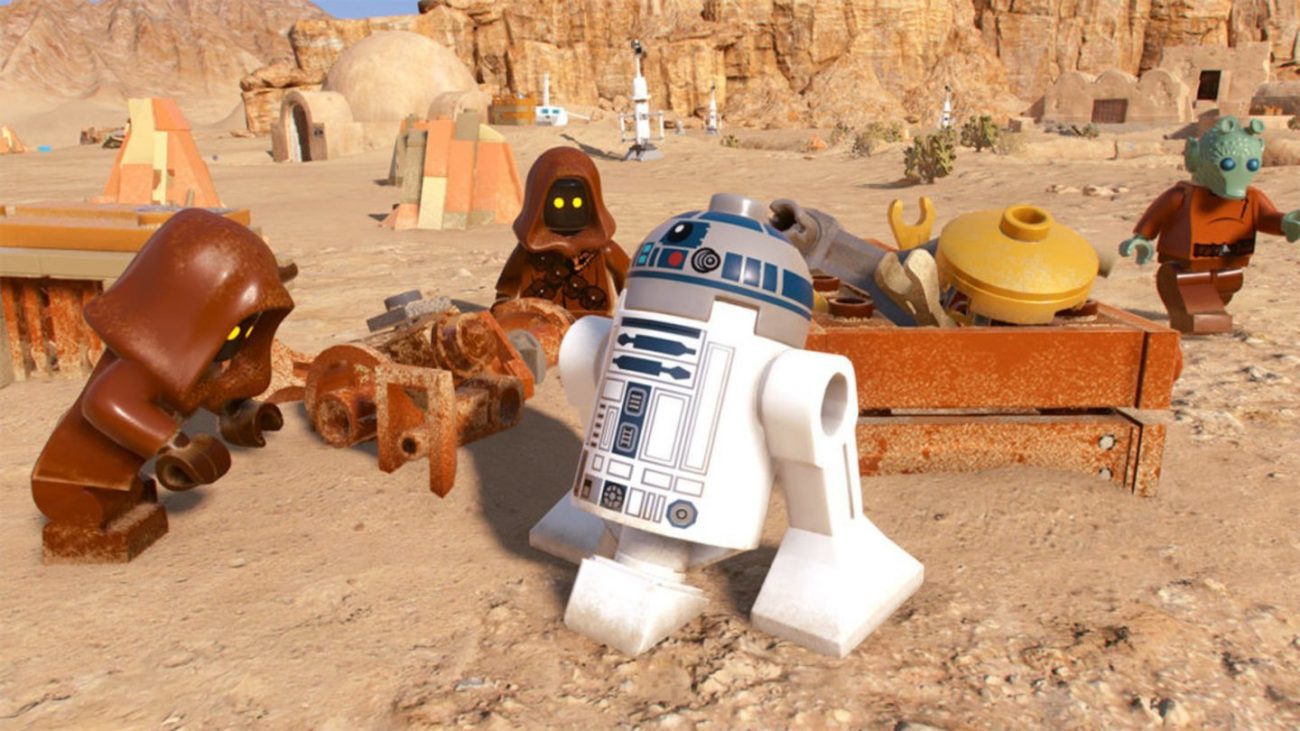 This is a scene from the video game "Lego Star Wars: The Skywalker Saga." The Catholic News Service classification is A-II -- adults and adolescents. The Entertainment Software Ratings Board rating is E -- everyone. (CNS photo/Warner Bros.)

The result is a truly enjoyable experience suitable for a broad range of ages — thanks mainly to this title’s restrained depiction of mayhem.

Gameplay is rich and diverse, consisting of 45 stories and subplots as well as hundreds of characters. So players will be glad to return to the game’s extensive resources multiple times. There also are plenty of secrets and hidden Easter eggs to uncover along the way.

Gamers not only visit familiar locations such as the planets, moons and spaceships seen on the big screen, but also brand-new settings found on side quests and optional missions. Whether they’re encountering nomadic Sand People or industrious Jawas, players will be fully immersed in the virtual environment.

Combat involves the use of the laser pistols and light sabers featured in the film series, but no blood is spilled. Rather, when enemies are defeated, they simply break apart into individual Lego pieces.

One scene does showcase some potty humor: A pile of brown Lego pieces is visible on the floor beside a janitor. Yet, overall, the content is pretty mild.

Crisp visuals, quality character modeling and a stellar soundtrack combine to make the game’s technical quality outstanding. And the underlying values — conveyed through the implicit promotion of heroism, collaboration and family unity — echo those of the “Star Wars” universe as a whole.

Few of the warriors who do battle here, moreover, are endowed with the vaguely defined spiritual power called the Force, an element of George Lucas’ fictional cosmos potentially open to misinterpretation by impressionable youngsters. Consequently, this latest iteration of his blockbuster “space opera” is probably acceptable for preteens as well as teenagers.

The game contains cartoonish violence, comic mischief and a scatological sight gag. The Catholic News Service classification is A-II — adults and adolescents. The Entertainment Software Rating Board rating is E — everyone.

PREVIOUS: Vengeful and violent, ‘The Northman’ goes south on morals

NEXT: Author explores Catholic ‘fundamentalism’ with look at Scott Hahn