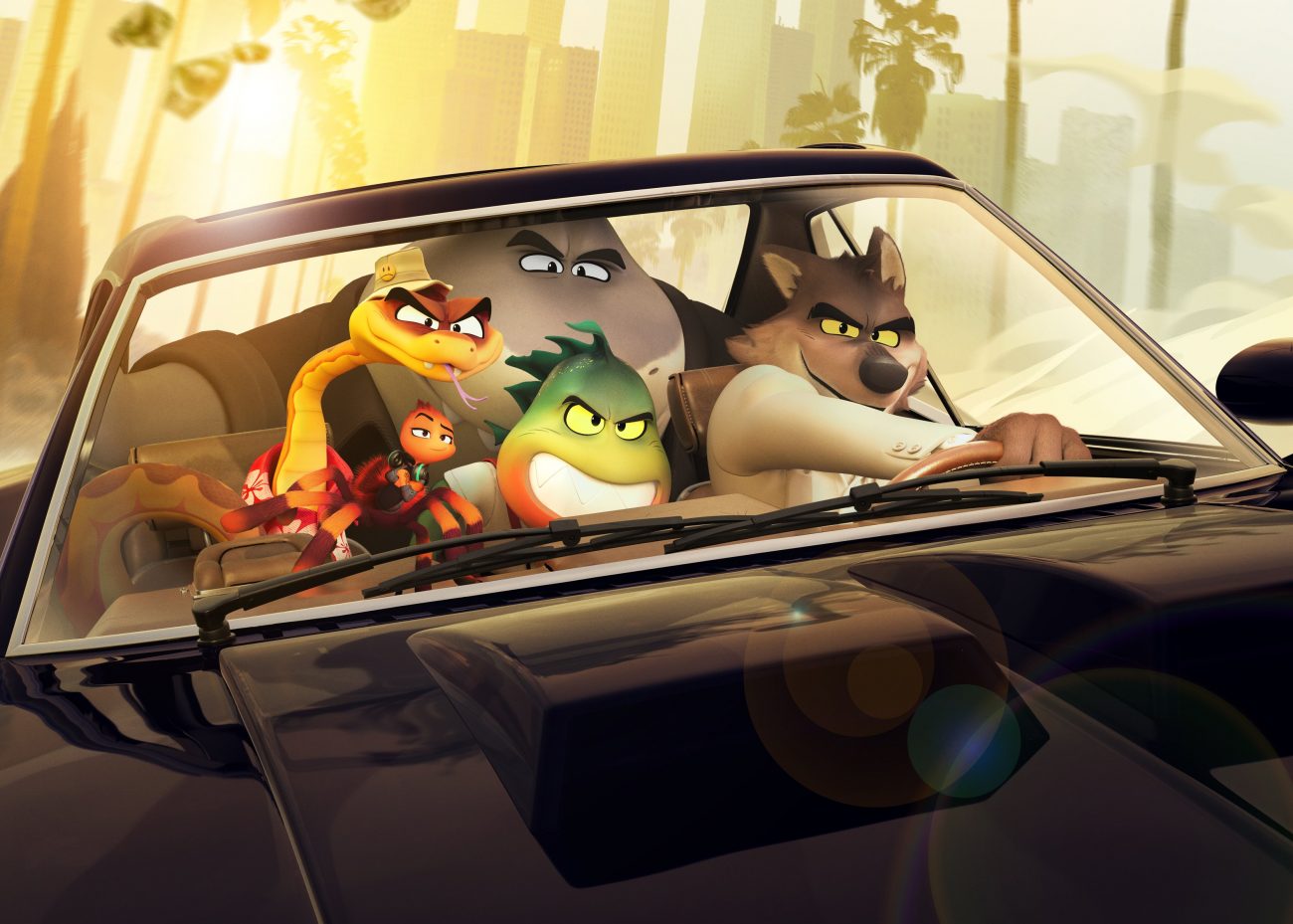 This is the movie poster for "The Bad Guys." The Catholic News Service classification is A-II -- adults and adolescents. The Motion Picture Association rating is PG -- parental guidance suggested. Some material may not be suitable for children. (CNS photo/DreamWorks Pictures)

NEW YORK (CNS) — The heist genre gets a fresh burst of frenetic energy with the animated comedy “The Bad Guys” (Universal). This high-octane, older-kid-friendly caper is veteran animator Pierre Perifel’s feature debut — and the neophyte director nails it.

Screenwriter Etan Cohen’s script, adapted from a series of books by Aussie author Aaron Blabey, introduces a criminal crew of anthropomorphized animals who have their fellow citizens of Los Angeles trembling in fear. As with the humans of the “Ocean’s 11” movies, each member brings a specific expertise to the group.

Mr. Wolf (voice of Sam Rockwell) leads the pack with a quick hand and smooth charm. His best bud, Mr. Snake (voice of Marc Maron), cracks wise even as he cracks safes.

Mr. Shark (voice of Craig Robinson) takes the prize for master of disguise. Mr. Piranha (voice of Anthony Ramos) provides muscle and overall craziness while Ms. Tarantula (voice of Awkwafina), whom the others call “Webs,” expertly hacks into any security system.

When California Gov. Diane Foxington (voice of Zazie Beetz) announces that the Golden Dolphin Award will go to Professor Rupert Marmalade IV (voice of Richard Ayoade), a guinea pig Good Samaritan, the gang sees a glittering opportunity: The statuette that symbolizes the honor is, after all, nothing less than the “holy grail of thievery.”

The villains are caught, however, and Foxington is all set to hand them over to Police Chief Misty Luggins (voice of Alex Borstein), a human whose obsessive desire to bag the Bad Guys has made her a bit crazy. But Marmalade intervenes, asking Foxington to let him run an experiment to see if he can transform the miscreants into do-gooders.

Thus begins a not-so-subtle lesson in character development that will delight parents. As for kids, they’ll be so diverted by the Bad Guys’ struggle to overcome their long-practiced wrongdoing, they may not even realize they’re being taught the importance of virtue and the value of true friendship.

The cast handles the light banter in the dialogue with aplomb. That may be partly due to the fact that, unusually for a cartoon, the actors were sometimes able to record simultaneously — thus making it easier to play off one another.

Some of the abundant laugh-out-loud twists and turns that will amuse preteens and grown-ups might be too scary for small fry. A case in point: the appearance of a zombie horde of mind-controlled guinea pigs.

There’s also a smattering of gastrointestinal and anatomical jokes. Additionally, a throwaway line, if not taken as a gag, could be construed as indicating that Mr. Piranha has gender identity issues.

Fundamentally, though, “The Bad Guys” delivers good values wrapped up in a funny package. It will make a rollicking treat for all but the youngest.

The film contains potentially frightening action sequences and occasional scatological humor. The Catholic News Service classification is A-II — adults and adolescents. The Motion Picture Association rating is PG — parental guidance suggested. Some material may not be suitable for children.

NEXT: Vengeful and violent, ‘The Northman’ goes south on morals