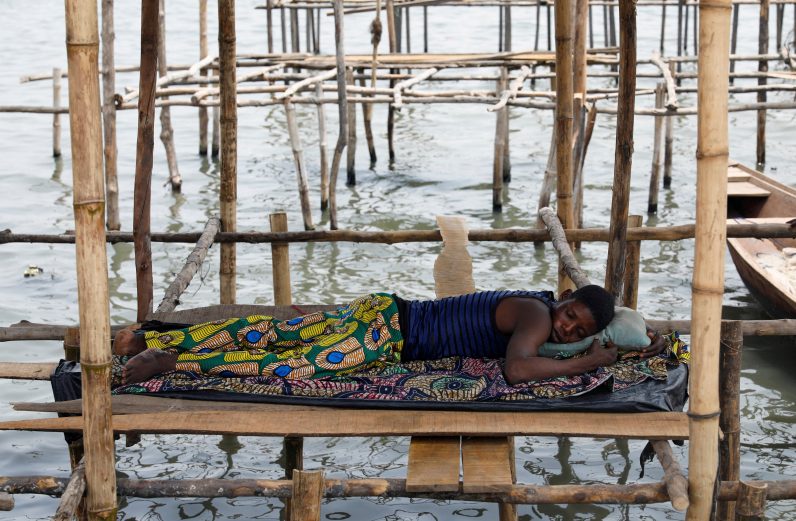 A man in Lagos, Nigeria, sleeps on wooden stilts built on a lagoon in the Makoko fishing community Feb. 26, 2022. (CNS photo/Temilade Adelaja, Reuters)

Representatives of Catholic organizations called upon parishioners to address climate change through actions in their lives and advocacy with political leaders following a United Nations report that warned that the earth’s temperatures continue to rise, putting human lives in danger.

Solutions can be as simple as planting trees, reducing electricity usage in the home and on parish property, and driving less and walking more, the representatives of groups working on climate-related issues said.

In addition, they said that it is becoming increasingly urgent for Catholics to boost engagement with members of Congress to urge them to enact policies that will reduce the country’s dependence on fossil fuels.

Reducing the use of oil and natural gas, the burning of which scientists have determined produces greenhouses gases that lead to global warming, is crucial to mitigate the effects of a changing climate, said Dan Misleh, founder of the Catholic Climate Covenant.

Thousands of pages long, the report released April 4 by the Intergovernmental Panel on Climate Change paints a dire picture of the consequences facing the world if carbon emissions are not reduced immediately.

It warned that if the current pace of fossil fuel usage continues, global temperatures will rise this century beyond the 3.6 degrees Fahrenheit (2 degrees Celsius) warmer than targeted under the 2015 Paris climate agreement.

Scientists have measured temperatures that already have risen by more than 2 degrees Fahrenheit (1.1 degrees Celsius) warmer since pre-industrial times, leading to more devastating natural disasters such as flooding, long-term drought, forest fires, stronger hurricanes and destructive storms, and the displacement of millions of people from their homelands.

U.N. Secretary-General António Guterres told journalists April 4 the report demonstrates that governments and corporations have delivered “a litany of broken climate promises” as they continue to prioritize fossil fuels for energy and ignore the goals of the Paris accord.

Recognizing the concern raised by Guterres, Misleh said everyone needs “to cut emissions dramatically so the future, especially for our children and grandchildren, is not going to be as awful as we are heading for.”

There is no better time to begin to end dependence on fossil fuels than the season of Lent, said Susan Gunn, director of the Maryknoll Office for Global Concerns.

“We can look to the themes of Lent to give us courage that we need in this moment. Lent is a time of examining our temptations, confessing our sins and being open to change,” Gunn told Catholic News Service.

A representative of the Laudato Si’ Movement charged that world leaders “are failing to hear the cry of the poor” and called people of faith to seek strength from the Holy Spirit to act to protect the earth.

“The IPCC report doesn’t say what we do not already know,” Lindlyn Moma, advocacy director for the organization, told CNS from South Africa April 5. “It is very clear that the human race is destroying our common home. It is very clear that powerful world leaders are not taking action to stop the current climate crisis that we are in.”

The report said greenhouse gas emissions continued to grow from 2010 to 2019, but at a slower pace than in the first decade of the 21st century. The rate of growth slowed from 2.1% annually to 1.3% annually, the report said.

However, the report’s authors said that unless countries rapidly quicken the pace to cut emissions, the earth on average could see temperatures 4.3 to 6.3 degrees Fahrenheit (2.4 to 3.5 Celsius) warmer by the end of the century, a level that will cause severe effects worldwide.

To kickstart outreach to congressional leaders, a coalition of Catholic organizations has unveiled the Encounter for Our Common Home campaign.

The effort calls for widespread training and advocacy to prepare people to “encounter and urge” senators during the week of May 2-6 to support climate solutions that especially benefit poor and vulnerable communities most susceptible to climate change.

“Our effort is trying to help our Catholic community urge moral responses to climate change on the part of our federal elected members of Congress,” Misleh said.

The focus on the Senate comes at a time when it is considering climate provisions in budget legislation. Messages will be centered on Catholic teaching and will involve a cross section of people of faith to encourage bipartisan support for climate legislation, the campaign website said.

“Our approach — of both faith and reason — rests ultimately on our shared beliefs, seeking to go to the heart of our concern for living out the Gospel through love of all creation, with the hope of manifesting change of heart for our leaders and the wider Catholic Church,” the website said.

Those registering at godsplanet.us/advocacy will be able to participate in two webinars in advance of the online or in-person meetings with senators or their staff members.

In an April 4 statement, the organization said it was inspired by Pope Francis and his actions to address climate change. CIDSE’s secretary-general, Josianne Gauthier, echoed Guterres, saying that “corporate power is hindering climate justice.”

“This means to really tackle climate change, we need to address our economic system,” Gauthier said. “As Pope Francis has said, we cannot live within an economy based on insatiable and irresponsible growth. We are motivated to challenge the system based on the direct experiences of people at the forefront of climate change, who need mitigation urgently.” 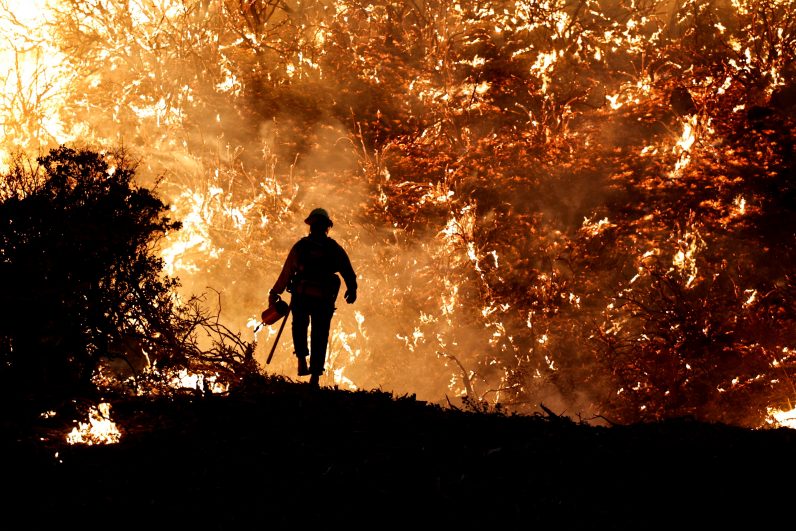