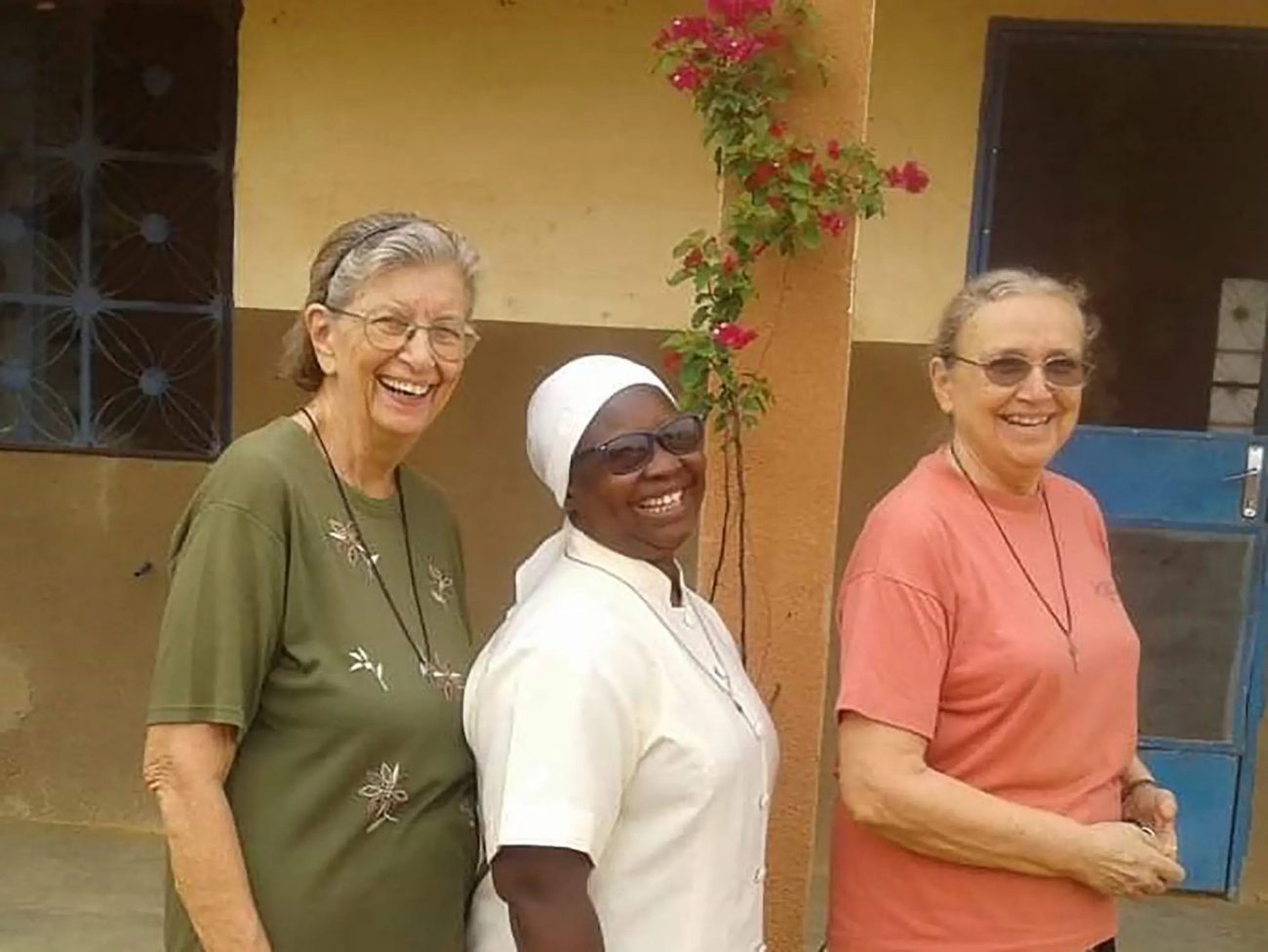 Three Marianite Sisters: Suellen Tennyson, Pascaline Tougma and Pauline Dourin, are pictured in an undated photo near the clinic where they serve in Yago, Burkina Faso. Sister Tennyson, 83, an American, was kidnapped late April 4 or early April 5 after armed attackers broke into the convent on the parish compound. (CNS photo/courtesy Marianites of the Holy Cross)

NEW ORLEANS (CNS) — The attack in which Marianite Sister Suellen Tennyson, 83, was abducted from her convent in Yalgo, Burkina Faso, the morning of April 5 was conducted by at least 10 armed men, the Marianites of Holy Cross said in an electronic newsletter.

The congregation said Sister Tennyson, the former international congregational leader for the order and a native of the Archdiocese of New Orleans, was sleeping when the men burst into the convent, ransacked the living quarters and kidnapped her, leaving behind two other Marianite sisters and two young women who also live in the convent.

“There were about 10 men who came during the night while the sisters were sleeping,” Marianite Sister Ann Lacour, congregational leader, said in the e-bulletin April 6. “They destroyed almost everything in the house, shot holes in the new truck and tried to burn it. The house itself is OK, but its contents are ruined.” 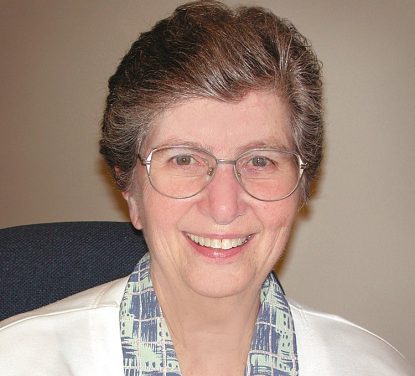 Sister Suellen Tennyson, 83, a U.S. member of the Marianites of the Holy Cross, is pictured in a 2007 photo. Sister Tennyson, a native of New Orleans, was kidnapped late April 4 or early April 5, 2022, after armed attackers broke into the convent on the parish compound in Yago, Burkina Faso. (CNS photo/Christine Bordelon, Clarion Herald)

Sister Lacour, who currently is attending a congregational meeting in Le Mans, France, said she was told by the two younger women living at the convent that Sister Tennyson was taken from her bed with “no glasses, shoes, phone, medicine, etc.”

The other two Marianites at the convent — Sister Pauline Drouin, a Canadian, and Sister Pascaline Tougma, a Burkinabé — were not abducted and did not see many of the details.

“They say the two young women who live with them saw what happened and told them (the details),” Sister Lacour said. “They think there were more men on the road. They have heard nothing from or about Suellen since she was taken.”

Sister Lacour said Sister Drouin and Sister Tougma have been relocated to Kaya, Burkina Faso, about 70 miles from Yalgo.

“We let them know that the U.S. Embassy as well as the vicar general of Le Mans (who spent time as a missionary) strongly urged them to leave Burkina Faso and go to France,” Sister Lacour said. “They were not open to leaving the country without Suellen — they want to stay and wait for her and seem confident that she will be released.”

Sister Lacour said the Marianites have contacted the U.S. Embassy in Burkina Faso and the U.S. State Department, and “they have assured us that this is a high-priority case for them.” The congregation also has contacted the apostolic nuncios to the U.S., Burkina Faso and France as well as the Vatican’s secretary of state and the Leadership Conference of Women Religious in the U.S.

“They are all doing what they can,” Sister Lacour said.

Yalgo is in northern Burkina Faso, not far from the border with Mali. Reliefweb reports that in the last two years, Burkina Faso’s northern and eastern regions have seen a “sharp deterioration in the security situation … due to the presence of nonstate armed groups.”

Sister Lacour, who has visited the Marianites in the country, said Sister Tennyson was serving as a pastoral minister, “to wipe tears, give hugs, import a smile. She really did support the people that work in the clinic that the parish runs.” People walked for miles to get help from the clinic, she said.

She added that Sister Tennyson is in good medical health.

“I don’t know if any of us are prepared to be kidnapped,” she added.

In a statement released to media in Africa and Europe, Bishop Théophile Nare of Kaya said, “Until the search for her is successful, we remain in communion of prayer for the release of Sister Suellen Tennyson.”

New Orleans Archbishop Gregory M. Aymond joined in the appeal of the safe return of Sister Tennyson, who, among her local assignments, was executive director of the Office of Religious, 1996-2007.

“For many years, Sister Suellen ministered to the people of the Archdiocese of New Orleans with great joy. Today, we express our sadness and shock at her abduction and offer our prayers for her safe return. Please join me in praying for Sister Suellen, the Marianite Sisters of the Holy Cross, and all who know and love her during this difficult time,” the archbishop said.