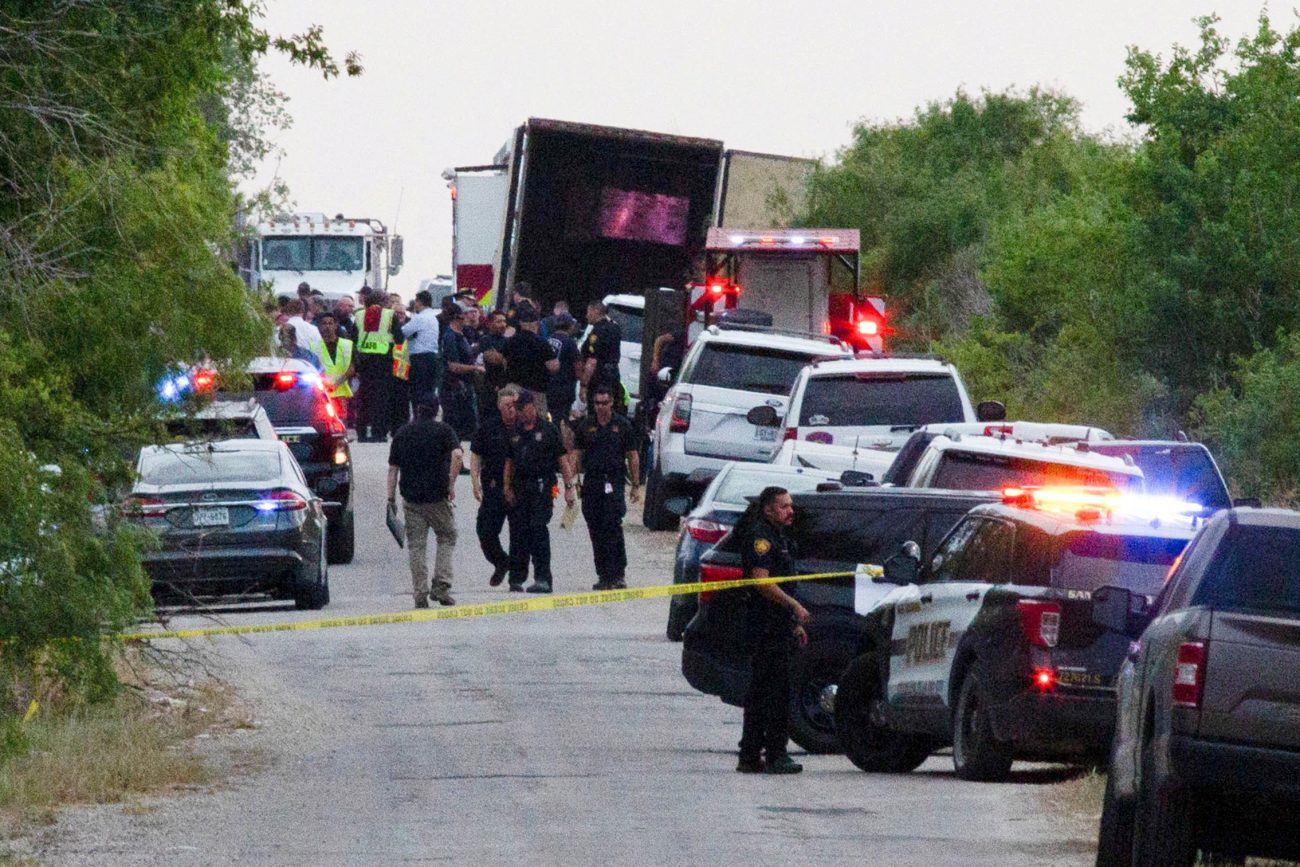 SAN ANTONIO (CNS) — The archbishop of San Antonio offered prayers for dozens of people found dead as well as more than a dozen survivors discovered June 27 in sweltering conditions in a semitruck.

Authorities said June 28 the death toll had risen to at least 53. Originally, first responders pulled 16 people alive from the rig, including 12 adults and four teenagers.

“We pray for the souls of the … people who died in such a cruel, inhuman manner this evening,” Archbishop Gustavo García-Siller said in a statement soon after first responders made the gruesome discovery about 6 p.m. local time.

Authorities said the victims were migrants. They said the truck, found on a remote back road in San Antonio, appeared to be part of a smuggling operation.

Rubén Minutti, Mexico consul general in San Antonio, said 27 of the people who died are believed to be of Mexican origin based on documents they were carrying, the Associated Press reported.

Roberto Velasco Álvarez, head of the Mexican government’s North American mission, said on Twitter June 28 that in addition to the Mexican nationals, seven victims were originally from Guatemala and two were Honduran.

Officials believe the tragedy is the deadliest smuggling incident of its kind in U.S. history.

“This is a tragic loss of life and a harrowing depiction of the extreme risks assumed by migrants out of sheer desperation,” the bishop said. “With deep sadness, I join Archbishop García-Siller in praying for strength, mercy and understanding during this difficult time, especially for the survivors of this horrific incident. 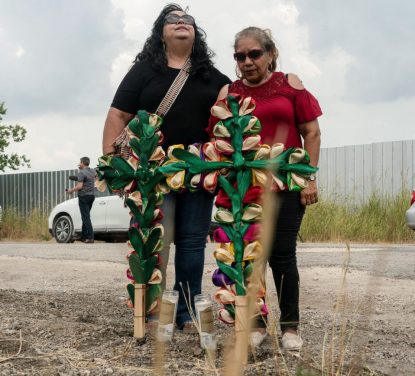 Debra Ponce, left, and Angelita Olvera of San Antonio mourn June 28, 2022, near the scene where dozens of immigrants were found dead inside a trailer truck a day earlier. (CNS photo/Go Nakamura, Reuters)

“I also unite with Pope Francis in asking the Lord to ‘open our hearts so these misfortunes never happen again.'”

“Unfortunately, this disregard for the sanctity of human life is all too common in the context of migration,” Bishop Dorsonville continued. “As a church called to build a culture of life, we cannot tolerate this injustice. Instead, we must recognize that we are brothers and sisters, each imbued with God-given dignity.”

“To prevent further loss of life,” he said, “we urge governments and civil society to promote access to protection, including asylum, develop new pathways for those compelled to migrate and combat human trafficking in all its forms.”

Archbishop García-Siller also asked for prayers for the survivors who were hospitalized, their families and “the first responders who assisted and saved lives and must now carry with them the memories of this scene of carnage.”

In addition, he called on people of the archdiocese “to unite in solidarity, as these brothers and sisters are members of our family.”

News of the deaths reached Pope Francis, who tweeted June 28 that he was offering prayers for those who died in Texas as well as at least 23 sub-Saharan migrants who died June 24 while attempting to flee Morocco by scaling a border fence to cross into the Spanish enclave of Melilla in north Africa on the Mediterranean coast.

“Let us #PrayTogether for these brothers and sisters who died following their hope of a better life; and for ourselves, may the Lord might open our hearts so these misfortunes never happen again,” the pope’s tweet said.

San Antonio Police Chief Bill McManus told reporters hours after the discovery that three people were in police custody, although their connection to the situation was unclear.

The first call about the truck came from a worker in the area who had heard a cry for help and went to investigate, McManus said.

San Antonio Fire Chief Charles Hood said those found alive were conscious, “hot to the touch,” and suffering from heat stroke and exhaustion.

“There were no signs of water in the vehicle, and no visible working AC unit on that rig,” he said.

Temperatures in the San Antonio area ranged from the high 90s to low 100s, according to the National Weather Service. With a few days left in the month, meteorologists said this June was already the warmest June on record in San Antonio.

Smuggling operations working within the United States have been known to pack migrants into trucks or cargo trailers after they have already crossed the border in an attempt to sneak them past U.S. Border Patrol highway checkpoints.

In Morocco, officials said that five people died during what they described as a “stampede” June 24. Moroccan state TV updated the death toll to 23 late June 25.

However, nongovernment organizations on the ground said the number of deaths could be higher. The Guardian reported that an official with Walking Borders, an agency working with Africans seeking to cross into Spain from Morocco, said 37 deaths had been confirmed.

Melilla is one of two autonomous cities of Spain located in north Africa. 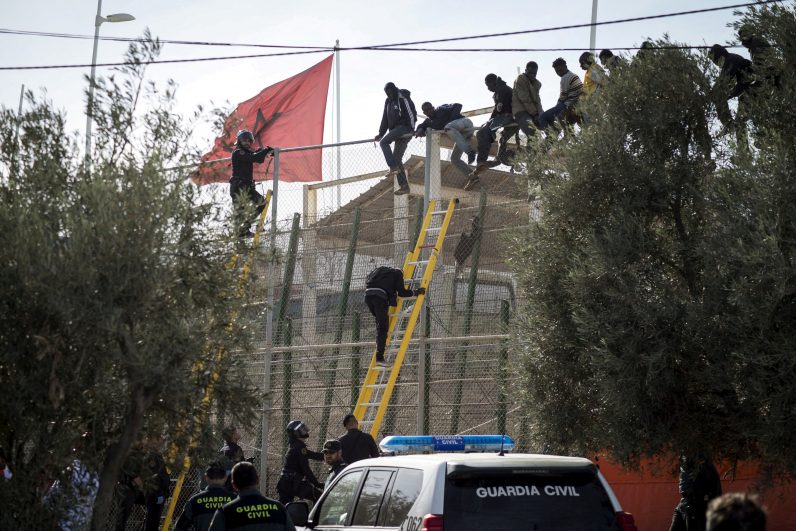 African migrants sit on top of a border fence during an attempt to cross from Morocco into Spain’s north African enclave of Melilla Nov. 21, 2015. At least 23 sub-Saharan migrants died June 24, 2022, while attempting to flee Morocco by scaling a border fence to cross into Melilla. (CNS photo/Jesus Blasco de Avellaneda, Reuters)