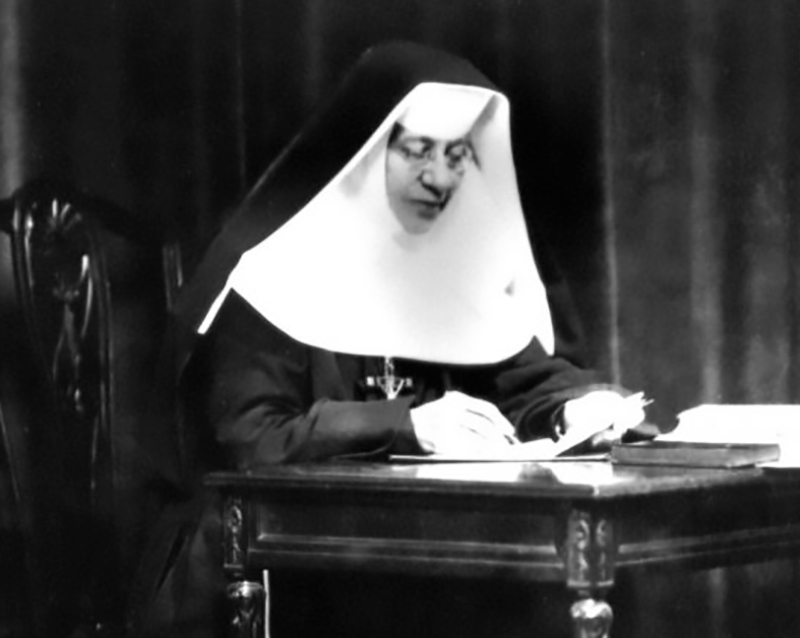 A hometown saint is marking her fourth year in a new shrine, and area faithful are invited to help her celebrate.

The sacred remains of Philadelphia’s beloved St. Katharine Drexel were relocated – or, in canon law terminology, “translated” – to the Cathedral Basilica of SS. Peter and Paul in August 2018.

The translation will be commemorated at the cathedral during its Aug. 2 daily liturgies at 7:15 a.m. and 12:05 p.m., with the latter a sung Mass taking place in the basilica proper.

Solemn observances of translations can be traced to at least the Middle Ages, when such occasions were celebrated throughout Christendom, often with elaborate processions and all-night vigils.

Having traded the life of an heiress for one of religious service, St. Katharine Drexel might have blushed at such attention, but her shrine — construction for which was funded by the Connelly Foundation — has become a downtown destination for tourists as well as local faithful, said cathedral rector Father Dennis Gill.

“It’s listed on so many information sites about Philadelphia,” he said. “People are used to the fact that Mother Katharine is now buried in the cathedral.”

While COVID lockdowns prevented pilgrimages, visitors have now returned, and there is a “steady increase” in the number of those coming to pray to St. Katharine Drexel, said Father Gill.

Her legacy – which combined a deeply eucharistic spirituality with practical support for marginalized communities – is more relevant than ever, he added.

“We believe she has something to say to us today in many different ways,” Father Gill said.

As a woman religious, “she speaks to us about the value and beauty of the consecrated life,” he said.

With the opening of the National Eucharistic Revival – a three-year initiative by the Catholic Church in the U.S. to reawaken devotion to the Real Presence of Christ — St. Katharine Drexel points faithful to “the centrality of the Mass and the Blessed Sacrament in our lives,” said Father Gill. “She would invite people to focus on the power of the Mass; she would drive that home.”

Amid the country’s ongoing challenges to address inequality, the saint “has a word to say to us about justice and racism, and about taking care of people on the fringes,” noted Father Gill.

“There are so many things Mother Katharine offers us,” he said. “It’s important for her to be known.”

And, with her special day coming up next week, “we’re really going to celebrate,” he added.

NEXT: ‘Urban mystic’ from Ireland helps women in recovery