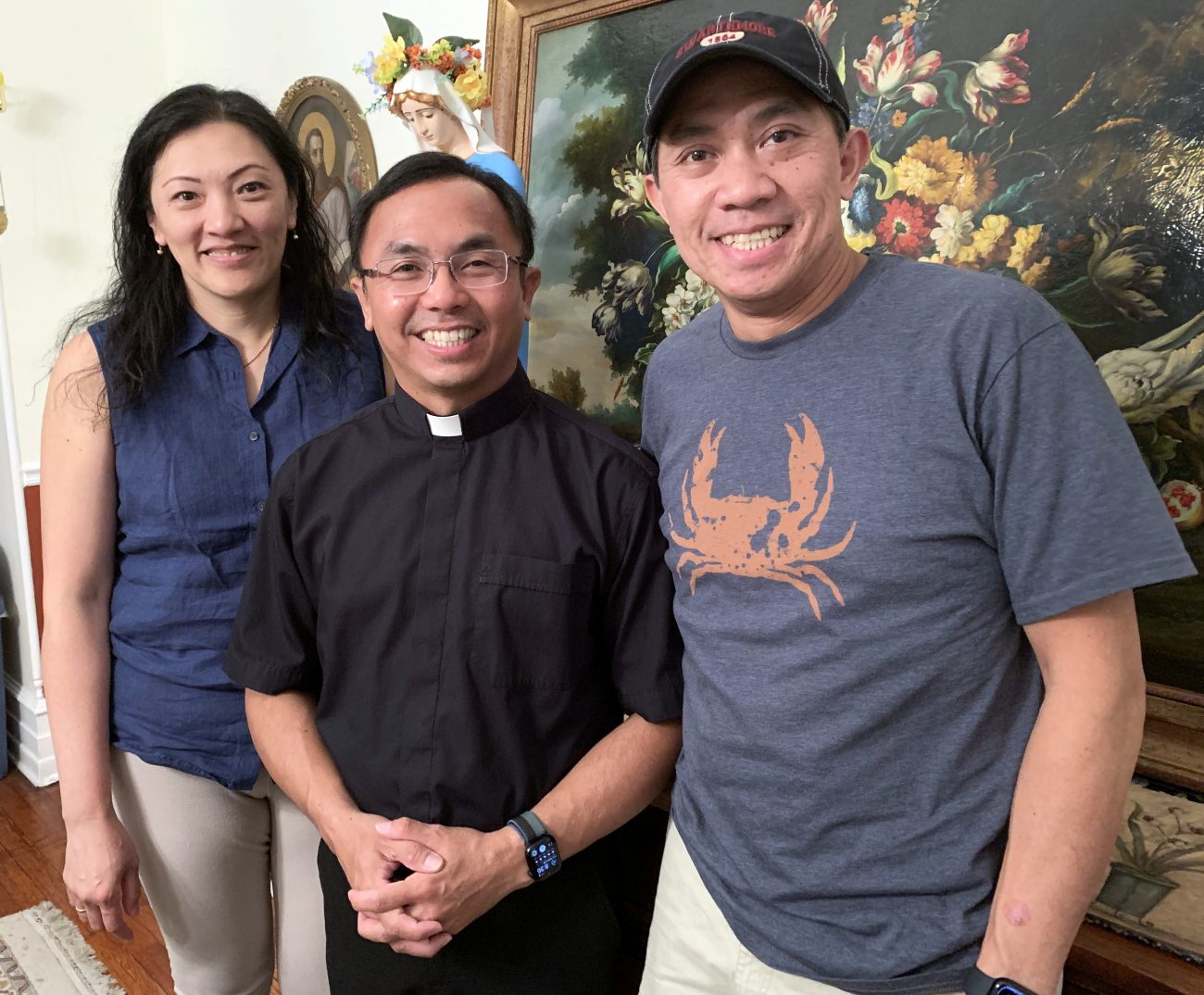 More than two decades after arriving in this country from their native Indonesia, a couple from St. Thomas Aquinas Parish in South Philadelphia has finally heard some long-awaited words from an immigration judge: “Welcome to the U.S.”

Last week, Yulius and Ellyana – who asked to be identified only by their first names – were officially granted permanent legal residency June 29 in Philadelphia Immigration Court.

The declaration capped years of attempting to secure asylum from religious persecution, a journey marked by fear, frustration and almost six months of imprisonment that kept the husband and wife apart from each other and their two daughters, both U.S. citizens.

But at every step along the way to their green cards, the couple was guided by a deeply held faith.

“This all happened because of the power of prayer,” said Ellyana.

As Catholics of Chinese descent, she and Yulius found their beliefs tested at an early age in Indonesia, home to almost 13% of the world’s Muslims. Religious freedom there is guaranteed in some measure, but is subject to restrictions and, according to several rights organizations, increasingly repressed.

Extremist groups have been driving such attacks, with suspected members of one terrorist organization arrested in May 2022 for an alleged plot to kill Archbishop Petrus Canisius Mandagi of Merauke. In March 2021, a suicide bombing took place outside Sacred Heart of Jesus Cathedral in the couple’s city of Makassar during Palm Sunday Mass, with some two dozen injured. Shia and Ahmadi Muslims, minorities among their largely Sunni fellow citizens, have also reported experiencing intolerance.

The tensions stretch back decades: Indonesia’s Chinese population, mostly Christian, was the target of numerous assaults throughout the late 20th century. In 1998, the fall of longtime President Suharto and his New Order regime — which collapsed after some 30 years due to corruption and economic crisis — was marked by rioting in the Chinese neighborhoods of several cities, including Jakarta, the nation’s capital. Some 1,000 were killed as buildings were looted and set ablaze. Organized campaigns of sexual violence against ethnic Chinese women were also cited by aid workers.

Yulius and Ellyana were well acquainted with ethnic and religious persecution long before the Jakarta riots of 1998. Islamic extremists routinely blared loud music as they and their fellow Catholics attended Mass in Makassar; homes that hosted prayer groups were barraged with rocks. Throughout her school years, Ellyana had been continuously bullied for being Chinese and Catholic.

In a previous interview with CatholicPhilly.com, Ellyana said she “never felt safe” in the land of her birth.

Yulius’ family lost their home and restaurant in a 1997 firebombing. He was assaulted; the police refused to assist, he said. 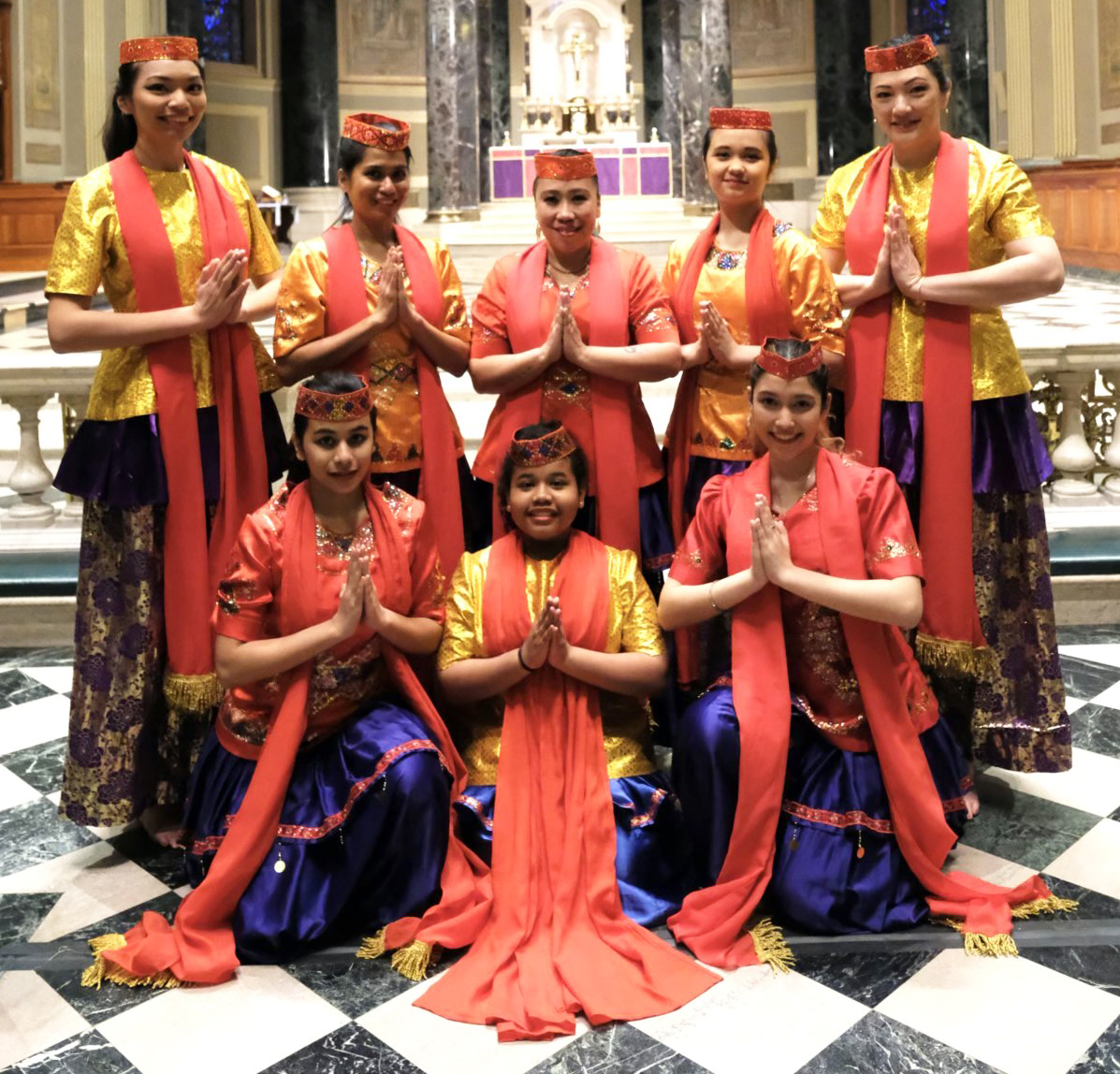 Amid the unrest, the couple married in May 1999 and honeymooned in the U.S., arriving on a tourist visa that allowed them to stay up to six months to visit with friends.

But in December 1999, after his only brother was beaten to death by a mob while walking to church, Yulius knew they could never go back — not even for his brother’s funeral.

“I had a family of my own now,” he said in an earlier interview. “I couldn’t risk our lives.”

Building a family in faith

That decision was confirmed a month later, when the couple learned they were pregnant. They applied for asylum, but with limited English, they fell prey to a scammer posing as a lawyer. A second application for asylum, filed by a legitimate attorney, was denied.

Needing to support themselves and their baby, Yulius and Ellyana found work in local coffee shops and delis, blending into what immigration attorney Christopher Casazza, who now represents the couple, has called the “very robust, under-the-table economy of migrant workers that we all rely on.”

And all the while, Yulius and Ellyana immersed themselves in parish life, eventually becoming active members of the archdiocesan Indonesian Catholic community, based at St. Thomas Aquinas Parish and directed by chaplain Vincentian Father Kurniawan Diputra. Ellyana is a member of the Indonesian Catholic liturgical movement ensemble; Yulius lectors at Mass and sings in the choir. 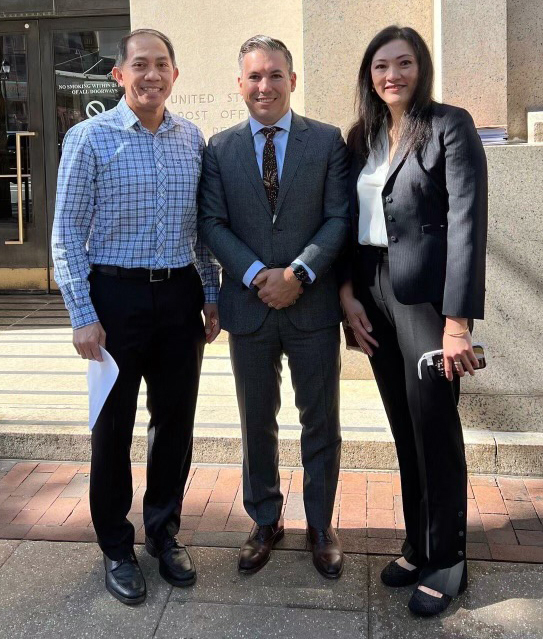 Those bonds became even more apparent when – after 20 years of building a quiet, unassuming life in South Philadelphia – she and her husband were arrested July 2, 2019 by federal Immigrations and Customs Enforcement (ICE) officials while heading to their jobs at local restaurants. Yulius was sent to Pike County Correctional Facility, Ellyana to York County Prison some 170 miles away. The couple, whose younger daughter was still in high school, were not permitted to have contact with one another.

Amid the anxiety and uncertainty of incarceration, faith sustained them, said the couple, who regularly prayed the rosary and meditated on Scripture while behind bars, bolstered by the intercession of family, friends and community members.

“If people didn’t pray for us, it would have been impossible for us to stay strong,” said Ellyana, who even shared her faith with fellow inmates, some of whom were atheists.

“I told them, ‘If you believe in God, you can let everything go and then God will work in your life,” she said.

‘This is Your way’

Days before Christmas 2019, the two were released, with a prior order of deportation rescinded and a previously filed motion to reopen their removal proceedings granted. Last week’s order approving permanent legal residency (which came almost three years to the day of the couple’s arrest) was ultimately based not on asylum, but on the federal government’s green card program for immediate relatives of U.S. citizens – in this case, the couple’s elder daughter, who had reached the required age of 21.

“A lot of people try to (find) a future here through asylum, but for five years now, I haven’t heard any good news from ICE (Immigration and Customs Enforcement),” he said. “We try to show … our good will, that we work really hard here and we support the city, we support the government, we try to be good people here. But asylum is a long process. That’s why another hope (immigrants) have is from their kids — but they have to wait 21 years.”

The season of waiting has been divinely ordained, said the couple, who hope to obtain full U.S. citizenship after completing a mandatory five-year permanent residency.

“It’s a long journey to become a citizen,” said Yulius. “God had a plan for us to get a green card, even by the hard way. We had a hard time, but we kept praying and trusting in God.”

“We don’t have any ‘lucky’ in our lives,” said Ellyana. “I feel like God had everything already planned, and I think, ‘Oh, this is Your way.’ Just believe in God. Miracles will happen.”

NEXT: AbbeyFest returning for 8th year Sept. 17 in Paoli