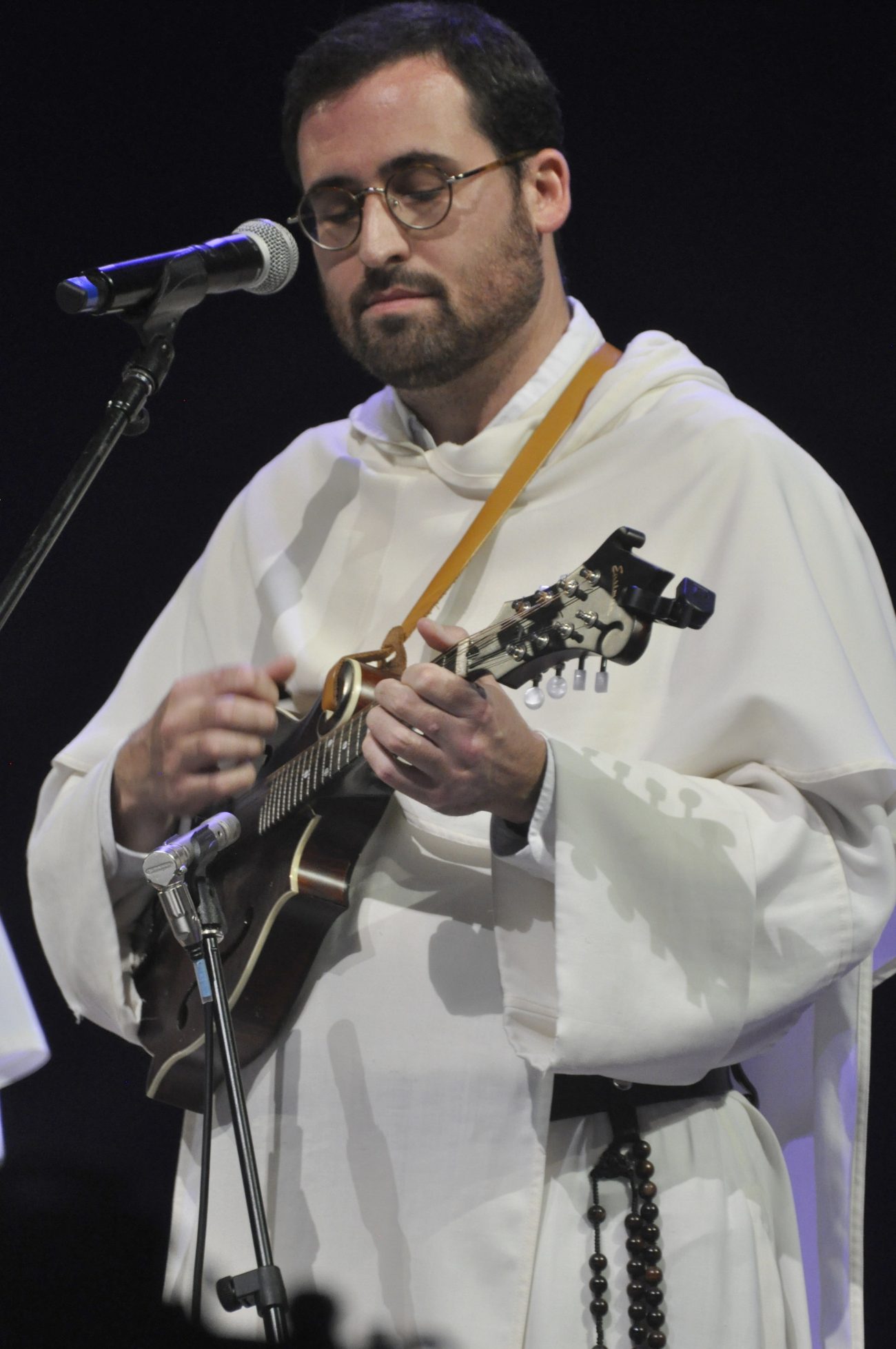 NASHVILLE, Tenn. (CNS) — As a boy growing up in the Nashville area, Chris Gautsch never expected to perform on the most well-known stage in the city — the Grand Ole Opry — especially after becoming a Dominican priest.

But the unexpected came to fruition for him.

Today he is Dominican Father Peter Gautsch, and he and six of his fellow Dominican friars graced the Opry stage as the Hillbilly Thomists Aug. 1 to perform the welcoming concert for the 140th annual Knights of Columbus Supreme Convention.

“It’s a dream, and growing up in Nashville, I never, ever imagined I’d be on that stage,” Father Gautsch said. “It was a total thrill.”

The priest, a 2007 graduate of Pope John Paul II Preparatory School in Hendersonville, Tennessee, contemplated his vocation for years.

He said when he was young he liked serving as an altar boy and said he thought then that he would want to be a priest but he had “a pretty uninformed and naive view of what the priesthood was about at that time,” he told the Tennessee Register, Nashville’s diocesan newspaper.

By the time he reached high school, he thought differently about it, saying he was convinced it “wasn’t what God had in store for me.”

But then, when he was a junior at the University of Notre Dame in Indiana, he was given an opportunity to spend a semester abroad in Rome at the Angelicum, formally known as the Pontifical University of St. Thomas Aquinas, and “the idea of the priesthood and religious life really came back in a big way,” he said.

“I was a little older and I had learned a little more about the priesthood and religious life, so I think I was better prepared to ponder that although it was scary when the idea first came back to me. But it was also a real grace,” he added.

That time also allowed him to learn about the Dominicans since the order oversees the university.

“The more I learned about the Dominican order, the more I really came to love it and found that I really thought that I was made for that,” Father Gautsch said.

So, immediately following his graduation in 2011 from Notre Dame, where he received a bachelor’s degree in theology and music, he entered the novitiate for the Dominicans, formally known as the Order of Preachers, in Cincinnati. Following that year of preparation, he moved to the Dominican House of Studies in Washington, in 2012, and was eventually ordained in 2018.

During his time at the Dominican House of Studies, he became close with several of his brothers and found that they enjoyed playing music, coming together once a week to play some of their favorite tunes.

As word spread about their jam sessions, they began to play for receptions at ordinations and other small events, as well as recorded sacred music CDs to sell with the proceeds benefiting the men in formation at the Dominican House of Studies. Eventually, they adopted the name Hillbilly Thomists to fit their bluegrass sound that started to develop and their training in Thomism.

Then, as CD sales went up, the group began receiving letters from people wanting them to come and perform for an event. So, they cleared their calendars for two weeks to tour the country fulfilling some of those requests, one of which was the invitation from the Knights of Columbus to perform for convention attendees.

“They said, ‘By the way, it’s going to be at the Grand Ole Opry’ and our jaws all dropped,” Father Gautsch recalled. “The exciting thing about it for me, aside from just being on that stage and playing, is this is my home, this is where I grew up, so to be able to have friends and family come join in that was amazing.”

Plus, he said, whether the Knights “know of our band or not, we share the Catholic faith.”

“It was really neat to be able to bring that to that stage and share the music and the faith with so many people,” the priest added.

And through their music, Father Gautsch said, he hopes the band is carrying out its mission as preachers.

“The origins of the way the band came about was from our fraternal life, our common life together, but it was directed towards preaching,” Father Gautsch said, adding that the songs have themes about hope in God, the reality of grace and the goodness of creation.

“What we hope for our music,” he added, “is that it helps people to think about God and to hope in him and to see the goodness and joy that comes from living for him and directing everything in one’s life toward him.”

Peterson is on the staff of the Tennessee Register, newspaper of the Diocese of Nashville.

NEXT: Free for all: Movies from 1922 available online at no cost