Not a stitch of clothing on this vicious ‘Wolf’ 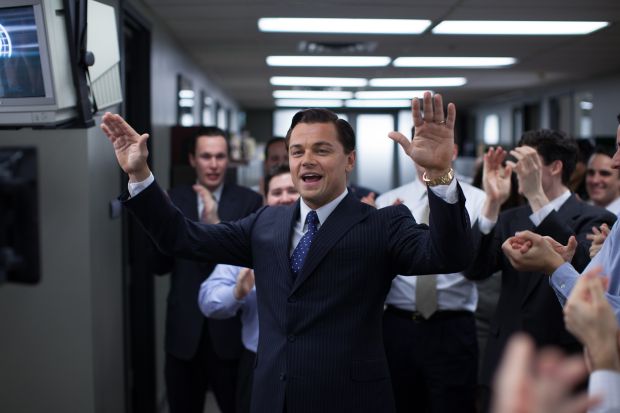 Leonardo DiCaprio stars in a scene from the movie "The Wolf of Wall Street." (CNS photo/Paramount)

NEW YORK (CNS) — Like the animal of its title, “The Wolf of Wall Street” (Paramount) is a vicious and predatory piece of cinema that inculcates values directly antithetical to those of Scripture and sacred tradition. As such it represents a deeply reprehensible misuse of the considerable talents involved in its making.

This vile exercise in immorality charts the fact-based rise and fall of penny-stock swindler Jordan Belfort (Leonardo DiCaprio). Together with his closest associates — most prominently personified here by a character called Donnie Azoff (Jonah Hill) — Belfort played on the unrealistic aspirations of naive small-time investors to make himself rich. He then used his ill-gotten gains to fund a decadent lifestyle full of narcotics, status-symbol toys and casual sex.

Not surprisingly, a similar callousness to that shown toward his victims seems to have guided Belfort’s personal life, as we see when he dumps his earnest first spouse Teresa (Cristin Milioti) to marry his mistress Naomi (Margot Robbie), a trophy wife if there ever was one.

Anything but a cautionary tale, director Martin Scorsese’s screen version of Belfort’s memoir revels in greed, criminality, substance abuse and bedroom behavior straight from the barnyard. It also sends viewers the resentment-fueled message that capitalism is a con game and that only fools and drones try to make a living honestly.

Thus the diligent work of straight-arrow FBI agent Patrick Denham (Kyle Chandler), who eventually succeeds in bringing Belfort down, is shown to be largely pointless: Though stripped of his assets, Belfort has the last laugh when he’s consigned to a minimum-security prison with the facilities and atmosphere of a posh country club.

Given that Belfort is a real-life felon who presumably ruined the financial security of many of his duped investors, the fact that Terence Winter’s screenplay invites audiences to root for his wrongdoing — and to take pleasure in the excesses it financed — is troubling to say the least. Moviegoers dedicated to Judeo-Christian morality should avoid subsidizing this repentance-free and socially irresponsible project.