“First Freedom: The Fight for Religious Liberty,” to air on PBS 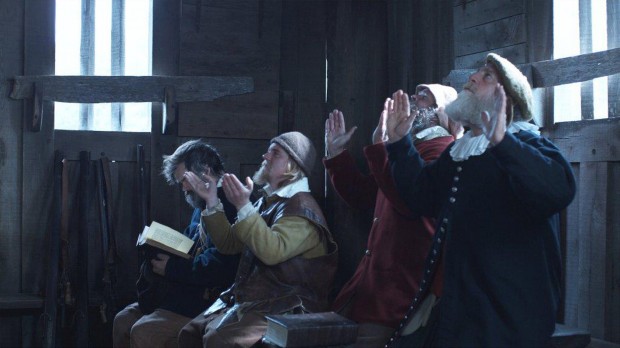 NEW YORK (CNS) — As numerous church leaders have warned in recent years, the rights of believers are increasingly under threat — not only around the world but within the United States as well.

So the documentary “First Freedom: The Fight for Religious Liberty” — a look at the origins of the religious guarantees enshrined in the First Amendment — makes for timely as well as educational television.

Narrated by Brian Stokes Mitchell, Groberg’s film uses interviews with scholars, archival images and re-enactments to chart the shifting fortunes of religious liberty in the New World from the 1630 founding of the Massachusetts Bay Colony to the death of James Madison in 1836. It also explores the varied views of the divine held by such seminal figures as George Washington, Thomas Jefferson, Benjamin Franklin, Patrick Henry and second cousins Samuel and John Adams.

Most of these founders seem to have been believers of one stripe or another. John Adams, we learn, never missed Sunday service unless he was ill. But their outlook on faith was affected both by Enlightenment-era suspicions of the supernatural and by emerging challenges to the doctrine of the Trinity.

As the program makes clear, anti-Catholicism, a near-universal prejudice among their English forbears, was hardly unknown among the founders themselves. Thus, the Quebec Act of 1774, in which the British Parliament guaranteed recently conquered French Canadians the free exercise of their religion, drew fulminating oratory from Sam Adams and a caricature of Catholic bishops from engraver Paul Revere.

Washington, by contrast, seems to have been proof against such sentiments. As one dramatization shows, when he sent troops to invade Canada during the Revolution, Washington ordered their commander to respect both the property of the Catholic Church there and the sensibilities of its members. His equally laudable freedom from anti-Semitism is the subject of another re-enactment.

Catholic viewers might wish that the contribution of their ancestors in the faith who made Maryland a pioneer of religious toleration among the colonies had been highlighted. Still, given his limited 90-minute time frame, Groberg manages to craft a valuable overview of complex developments that viewers of all faiths will likely appreciate.

While the subject matter of “First Freedom” is unlikely to appeal to very young family members, the program is free of any genuinely objectionable material. It’s rated TV-PG — parental guidance suggested.

NEXT: ‘Killing Them Softly,’ and gruesomely, and cynically