‘Killing Them Softly,’ and gruesomely, and cynically 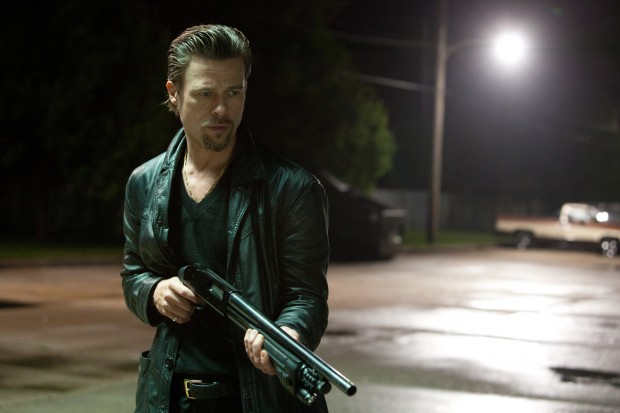 NEW YORK (CNS) — Though ambitious and well-acted, the crime drama “Killing Them Softly” (Weinstein) is also brutally violent and deeply cynical. Taken together, its explosive gore and jaundiced view of the world make it unsuitable for audiences of any age.

That’s all the more unfortunate since, like some of its best Depression-era predecessors, writer-director Andrew Dominik’s descent into the law-flouting underworld has a point to make about the ethical flaws hidden within that environment’s seemingly more respectable, aboveground counterpart.

As flashbacks reveal, Markie once pulled off an inside job by hiring thugs to carry out a similar robbery, but was eventually forgiven by his mob superiors. So the trio behind this new caper hopes the higher-ups will assume Markie is the traitorous mastermind this time as well.

Dominik uses sound bites from the 2008 financial crisis to suggest a moral equivalence between Wall Street and organized crime, an equation some might find convincing, others merely facile. He also employs then-Sen. Barack Obama’s soaring rhetoric from the same year’s presidential campaign to imply that the American dream an idealistic delusion.

As embodied in Pitt’s casually murderous character, and that of Mickey (James Gandolfini) — a fellow gun-for-hire who’s on the skids — Dominik’s corrosive satire goes deeper still, undermining all notions of morality and, indeed, of meaning.

Slow-motion rub-outs and the sight of a wounded character crawling in his own blood may be intended as an unflinching look at the consequences of amoral mayhem. But their explicitness — one scene even recalls the horrifying details of Abraham Zapruder’s famous home movie of the assassination of President Kennedy — still goes beyond the pale.

PREVIOUS: “First Freedom: The Fight for Religious Liberty,” to air on PBS