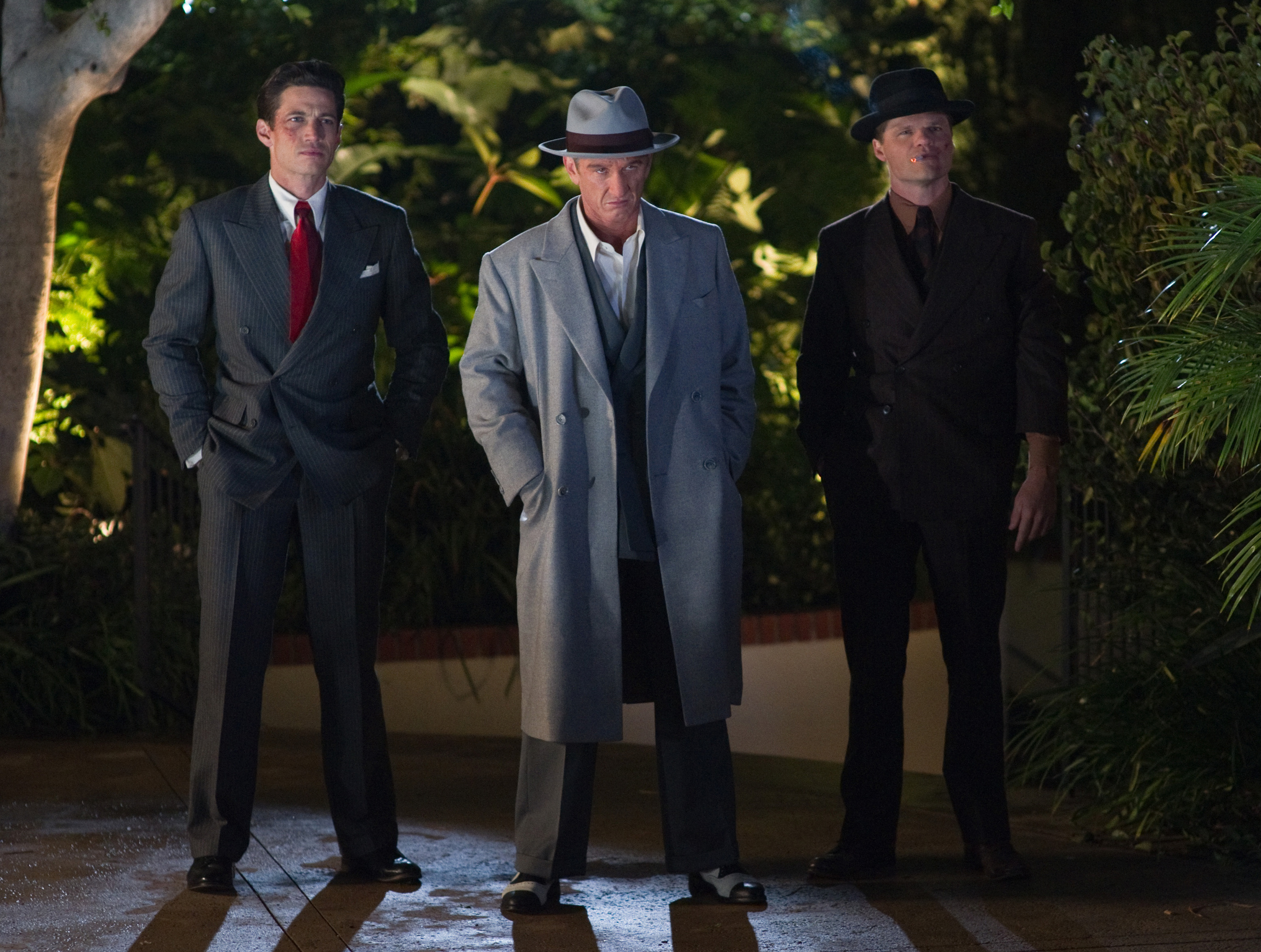 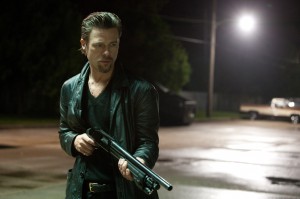 Brad Pitt stars in a scene from the movie “Killing Them Softly.” The Catholic News Service classification is O — morally offensive. The Motion Picture Association of America rating is R — restricted. Under 17 requires accompanying parent or adult guardian.(CNS photo/Weinstein)

WASHINGTON (CNS) — It was bound to happen. After the massacre in December at Sandy Hook Elementary School in Newtown, Conn., that killed 26 people, Americans started looking for ways to curb gun violence.

Inevitably, that search has extended to violence in media, including movies, TV shows and video games.

In the realm of cinema, violent movies were in the distribution pipeline long before Adam Lanza killed his mother, 20 Sandy Hook students and six teachers.

The top movies for the weekend ending Jan. 27 found dwindling receipts for violence-laden flicks like “Parker,” “Gangster Squad” and “Broken City.” Quentin Tarantino’s “Django Unchained,” even with $146 million in box-office receipts after five weeks, didn’t see any box-office bump after picking up some Academy Award nominations.

And Arnold Schwarzenegger’s return to the big screen in “The Last Stand”? It couldn’t even earn $3.9 million to earn a spot in the top 10. “Hansel & Gretel: Witch Hunters” was the top grosser, but some might argue it’s not like the others because witches living in gingerbread houses don’t really exist.

This brings us to video games.

President Barack Obama issued 23 executive orders intended to reduce the incidence of gun violence. But one of the things he cannot order unilaterally costs money. So Obama asked Congress to fund research into violent video games, with $10 million going to the federal Centers for Disease Control and Prevention to study the relationship between video games, media images and violence.

Not long after Obama issued his proposals Jan. 16, Bishop Stephen E. Blaire of Stockton, Calif., chairman of the U.S. bishops’ Committee on Domestic Justice and Human Development, said in a statement: “The bishops hope that the steps taken by the administration will help to build a culture of life. The frequent mass shootings over the course of 2012 reflected a tragic devaluing of human life, but also pointed to the moral duty of all people to take steps to defend it.”

The proposal to fund research into violent video games also garnered a thumbs-up from a joint Catholic-Greek Orthodox communications commission.

“We know that media influences young people and their behavior,” said a Jan. 18 statement from Helen Osman, the U.S. bishops’ secretary of communications and a Catholic representative on the commission. “So it is crucial to deepen our understanding of how violent media images and video games influence them and whether there is a link to violent behavior.”

“We agree with the president that we do not benefit from ignorance,” said Father Mark Arey, ecumenical officer of the Greek Orthodox Archdiocese of America. “This research will be beneficial not only to the effort to curb gun violence but also providing deeper insight into the relationship of children and media overall.”

Susan Linn, director of the Campaign for a Commercial-Free Childhood, noted in a Jan. 27 essay in the New York Times, that after reviewing over 1,000 studies, the American Academy of Pediatrics, the American Psychological Association and other major public health organizations found that “exposure to media violence is a risk factor for aggression, lack of sympathy for victims and desensitization to violence. The evidence continues to mount, including a meta-analysis of research on video-game violence by researchers from the United States and Japan that showed similar findings across cultures.”

As for the TV landscape? During January’s annual winter “press tour” where TV writers get a sneak peak at new series and specials scheduled to air before Memorial Day, network executives were grilled repeatedly on what their contribution might be to a too-violent culture.

CBS has, for the last dozen years, reaped big ratings and advertising dollars with its diet of police-procedural dramas in which someone seems to get gunned down in each episode. But other networks, both over-the-air and cable, find their most popular programming has an element of violence to it — and cable channels can get away with more graphic depictions of violence since they’re not bound by Federal Communications Commission rules.

No TV network executive wants to have his or her shows linked to disturbing real-life events. All TV series producers and writers would rather they be thought of as storytellers instead of harbingers of small-screen mayhem. So they’ll probably lay low and try to wish away the closer scrutiny.

That’s already happened, according to James P. Tuthill, who lectures on broadcast, communications and Internet law at the University of California-Berkeley School of Law, in a Jan. 17 essay in the San Francisco Chronicle.

Tuthill said the FCC has done nothing since issuing a report in 2007 that found that “many parents and health professionals are concerned about the harmful effects of violence in the media; agreed with the U.S. surgeon general’s opinion that ‘a diverse body of research provides strong evidence that exposure to violence in the media can increase children’s aggressive behavior in the short term’; concluded it could constitutionally regulate violent content; decided that then-current blocking technologies, such as the TV ratings system, are ineffective to control children’s exposure to violence; suggested a workable definition of violence; (and) concluded that ‘given the findings in this report, action should be taken to address violent programming.'”

He said, “The FCC needs to act on its own recommendations or push Congress to create laws to enact them. As a nation, we can act now or accept more delay, more denial and more Sandy Hooks. Will we continue to accept as much graphic violence in the media as we’re prepared to pay for in the blood of our children?”

NEXT: Maker of Our Lady of Guadalupe docufilm hopes for wide circulation