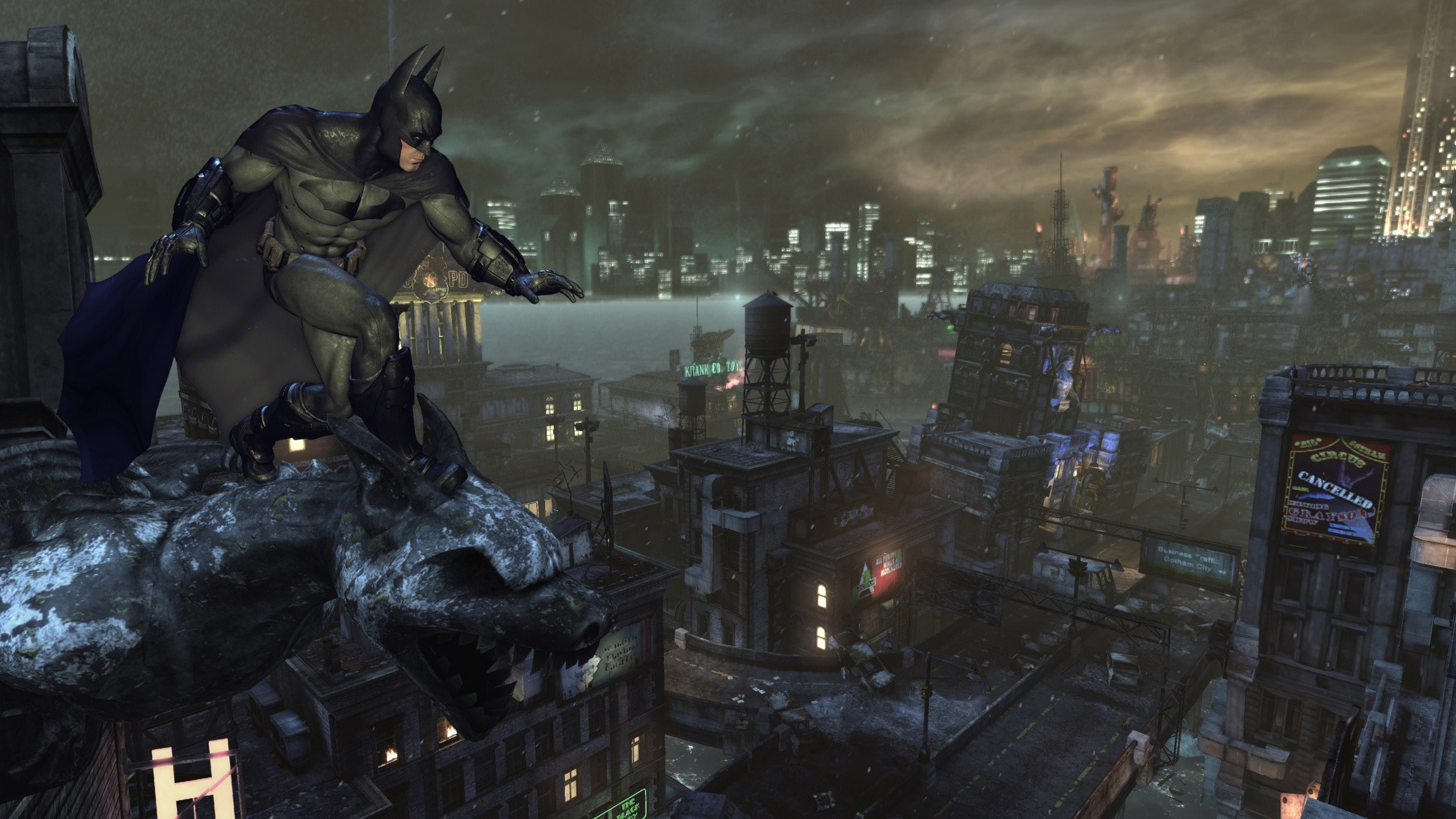 NEW YORK (CNS) — Dateline Gotham City: The world, it seems, is in the clutches of Batmania — and has been for some time.

Yet, not all that long ago, Bob Kane’s celebrated superhero appeared to be limping. In 1997, a run of disastrous movies featuring the Caped Crusader culminated in nothing short of a cinematic train wreck: Joel Schumacher’s “Batman & Robin.” A planned big-screen follow-up had to be shelved.

In the Dark Knight’s original medium, the comics, Bruce Wayne had been killed off, and the man acting as Batman’s sidekick Robin — Dick Grayson — had taken over the cowl. That was a risky move even by comic-book standards.

Batman’s cultural demise seemed to be upon us. Perhaps somewhere in the shadows, his long-standing nemesis, the Joker, was once again exulting — as he did in issue #655 of the comic: “I did it! I finally killed Batman. … Now get me Santa Claus!”

If so, the Harlequin of Hate was characteristically premature. The early years of the new millennium would, in fact, bring a renaissance for the disguised billionaire’s alter ego.

The seemingly dead film franchise was revived and rebooted by director Christopher Nolan, starting in 2005 with “Batman Begins.” Nolan’s film, which took a darker tone while elevating production values and rediscovering the core of what made the comic popular in the first place, was wildly successful. It was followed up by an equally impressive sequel: 2008’s “The Dark Knight.”

While not universally hailed by the critics, the trilogy’s 2012 finale, “The Dark Knight Rises,” proved to be another box-office winner.

Back in print, meanwhile, Bruce Wayne was re-established in his comic-book role by exploiting a loophole. Later, following the 2011 resetting of DC continuity, Scott Snyder’s successful helming of the main “Batman” comic — with story arcs like “Night of the Owls” and “Death of the Family” — lifted the franchise to the top of the monthly purchase charts.

Yet this pop culture resurrection also involved a transformation — one of which parents in particular need to be wary.

Oldsters familiar with the campy crime-fighting of Adam West’s Batman — who “zap!”-ped and “pow!”-ed his way across TV screens in the mid-1960s — or who were themselves avid readers of the comic books back then might not recognize today’s iterations. The tone of Batman’s adventures has become steadily less kid-friendly since the 1980s, the decade that first saw writer Frank Miller’s darker interpretation of the human chiropteran in stories like “Year One” and “The Dark Knight Returns.”

Other scribes, following in Miller’s footsteps, have emphasized a brooding, bitter Wayne. Scarred in boyhood by the murder of his parents, this Batman is obsessed with exacting revenge on the criminal underworld.

Wayne’s loneliness, moreover, is exploited by villains who have themselves become much more monstrous. A case in point: the perversely cruel Joker of recent times. He’s a sadistic brute capable of paralyzing Inspector Gordon’s daughter Barbara, and then taunting her father with pictures of his helpless victim — as he did in 1988’s “The Killing Joke.”

This trend has continued. In 2012, internationally famed writer Geoff Johns updated the superhero’s origins in “Batman: Earth One.” His Bruce Wayne was angrier and more vengeful than ever. As for Alfred the butler, he had morphed from the polite, Jeeves-like figure fans loved into an ex-Marine more familiar with guns than place settings.

This is, needless to say, a troubling shift in values. The traditional Batman transformed the ordeal of his parents’ violent death into a source of inspiration. The traumatic memory of his loss spurred him on in his pursuit of justice and in his efforts to protect the vulnerable from evildoers. The contemporary Batman, by contrast, sometimes seems intent on nothing more than retribution and punishment.

The level of violence surrounding Batman has also increased. In the first issue of Snyder’s “Death of the Family” series, for example, the Joker cuts the power to a police station — then breaks the necks of nearly all the officers inside. Thus, while Snyder’s work is generally well written, it’s completely unsuitable for younger readers.

All is not yet lost from the parental perspective, however. The restrained Batman cartoon movies, for instance, in which combat is restricted to fist-fighting, have turned out to be crowd pleasers. And in the comics, Robin’s harmless — indeed ridiculous — new sidekick Batcow has become an overnight sensation.

Will the Batman of the main comics ever return to his relatively wholesome ways of yesteryear? Will the Joker get a renewed grip on his cruelty? Like the baby boomers of old, watchful parents will have to keep tuning in again — same Bat-time, same Bat-channel — to find out.

NEXT: Jack’s giant film adventure: A fun yet scary climb up the beanstalk