Jack’s giant film adventure: A fun yet scary climb up the beanstalk 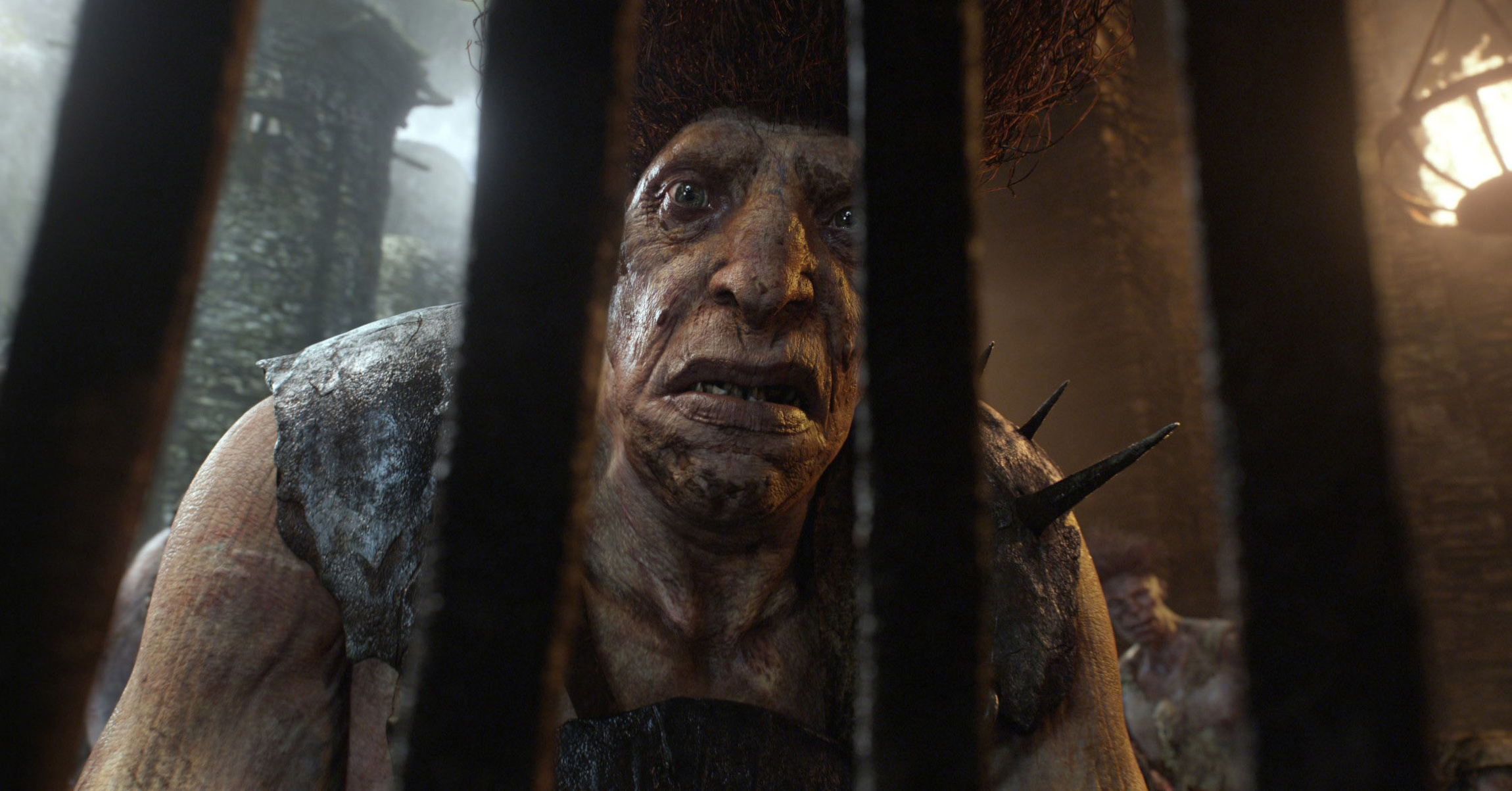 Sentry Giant, a digitally animated character voiced by Peter Elliott, is seen in the movie “Jack the Giant Slayer.” The Catholic News Service classification is A-III — adults. The Motion Picture Association of America rating is PG-13 — parents strongly cautioned. Some material may be inappropriate for children under 13.(CNS photo/Warner Bros.)

The resulting hybrid, which also combines live action and animation, offers teens and their elders a mostly harmless adventure.

Still, the gruesome fates awaiting various bad guys, together with a touch of salty language, make this fable inappropriate fare for the smallest members of its source material’s original audience.

We all know Jack (Nicholas Hoult): Absent-minded but goodhearted, he exchanges a perfectly serviceable horse for a handful of purportedly magic beans. In this version, the same trip to the market finds Jack, a mere peasant boy, falling for the plucky Princess Isabelle (Eleanor Tomlinson) who is, in turn, equally taken with him.

Their newfound romance is imperiled, however, when one of the aforesaid legumes shows that it has supernatural qualities after all. Accidentally exposed to water, it suddenly sprouts into a gigantic beanstalk, carrying poor Isabelle aloft to a land of aggressive giants.

Unfortunately for Isabelle, these outsized ogres — led by the two-headed Gen. Fallon (voice of Bill Nighy) — have a taste for human flesh. So a rescue mission is imperative.

In the course of this perilous quest, Jack gains the patronage of a chivalrous nobleman named Elmont (Ewan McGregor) who becomes his patron. But he incurs the displeasure of Roderick (Stanley Tucci), a conniving official in the court of Isabelle’s father, King Brahmwell (Ian McShane).

With the cooperation of the guileless king, but much against the princess’ own will, slippery Roderick has been angling for an arranged marriage with Isabelle.

In the alternate version of the Middle Ages that provides the setting for “Jack the Giant Slayer,” monks and other characters freely, if only incidentally, acknowledge God. They bless themselves at times of danger and offer each other encouragement with such phrases as “May God help you.”

Though the details of the overly complicated back story reveal that some monks once dabbled in the “black arts,” they are said to have done so only under compulsion. Their successors are now anxious to make up for this lapse by advancing the cause of good — even at the cost of considerable sacrifice. As one of their number puts it, “We owe it to God.”

The film contains scenes of bloodless but potentially disturbing violence, brief references to the occult, some mildly scatological humor and a couple of crass terms. The Catholic News Service classification is A-II — adults and adolescents. The Motion Picture Association of America rating is PG-13 — parents strongly cautioned. Some material may be inappropriate for children under 13.

NEXT: While not great, ‘Oz’ revisits Baum’s timeless tale, and those scary flying apes