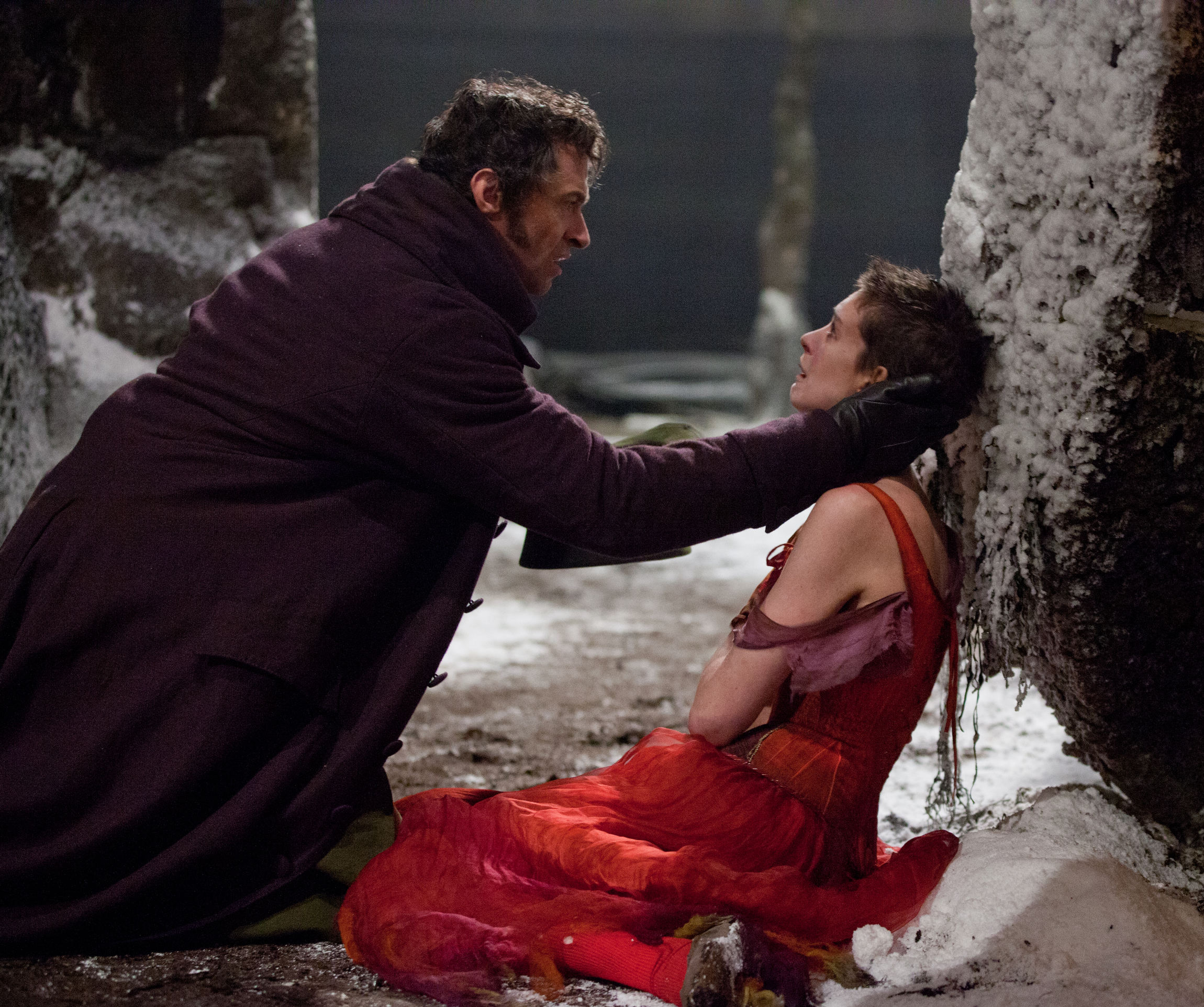 Some of these choices have been or will be saluted by secular critics and prize-givers, principally for their aesthetic qualities. Others are celebrated here primarily for their spiritual and moral strengths.

Following, in alphabetical order, are our picks — first for general excellence, and then for viewing by the whole clan. Each summary is accompanied by the film’s CNS classification and Motion Picture Association of America rating.

Based on real events, the engrossing thriller “Argo” is set against the backdrop of the Iran hostage crisis. Tasked with rescuing the handful of U.S. embassy employees who managed to escape capture when that facility was overrun, a CIA agent (Ben Affleck) plots to smuggle them out of Tehran disguised as a Canadian film crew scouting locations. Affleck, who also directed, masterfully alternates between life-or-death drama and high-stakes humor (A-III, R).

“Chasing Mavericks” is the compelling fact-based portrait of gifted California surfer Jay Moriarity (Jonny Weston). Co-directed by Curtis Hansen and Michael Apted, it offers viewers — particularly teens — a refreshingly positive role model in the person of a young man who inspires others with his inherent sense of goodness, perseverance, and self-discipline (A-II, PG). 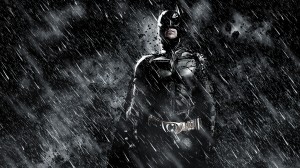 A scene from “The Dark Knight Rises.”

“The Iron Lady” is a touching dramatization of the life of Britain’s first woman prime minister Margaret Thatcher (Meryl Streep). Shuttling between the present day, with Thatcher suffering from dementia, and flashbacks recounting significant passages in the ex-leader’s life, director Phylidda Lloyd’s film is sympathetic yet fair (A-III, PG-13).

“Les Miserables” is a lavish screen adaptation of the worldwide musical stage sensation, based on the Victor Hugo novel and directed by Tom Hooper. Inspired by the kindness of a bishop (Colm Wilkinson), an ex-convict (Hugh Jackman) assumes a new identity and amends his life, all the while evading the obsessive pursuit of his former jailer (Russell Crowe). A positive portrayal of the Catholicism makes this rousing film especially appealing to viewers of faith (A-III, PG-13).

In the exotic fable “Life of Pi,” an Indian teen (Suraj Sharma) whose family is emigrating to Canada, and transporting some of the animals from the zoo they owned in their home country, becomes the lone human survivor when the freighter they are traveling on sinks. Religious themes are central to director Ang Lee’s screen version of Yann Martel’s bestselling novel (A-III, PG).

Daniel Day-Lewis’ bravura performance in the title role of “Lincoln” is the highlight — but by no means the only asset — of director Steven Spielberg’s splendid historical drama. The plot focuses on the president’s passionate yet wily struggle to steer a constitutional amendment abolishing slavery through Congress. The trajectory of the tale is, by its nature, uplifting, while Lincoln’s multifaceted personality is vividly illuminated in Tony Kushner’s screenplay (A-III, PG-13).

In “People Like Us,” a basically good-hearted but less-than-scrupulous businessman (Chris Pine) faces a moral dilemma when he discovers, in the wake of his long-estranged father’s death, that he has a half-sister (Elizabeth Banks) and that Dad left secret instructions for him to convey a large cash bequest to her. Director and co-writer Alex Kurtzman’s low-key blend of comedy and drama, based on real events, delivers a thoughtful examination of its main characters’ struggle to overcome a legacy of dysfunction (A-III, PG-13). 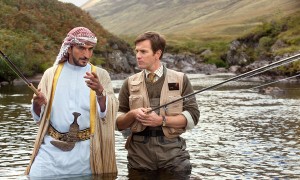 A scene from “Salmon Fishing the Yemen.”

“Salmon Fishing in the Yemen” is the story of a billionaire Arab sheik (Amr Waked) with a seemingly impossible dream: to transport the titular activity to the Arabian Desert, and thereby build a peacemaking bridge between East and West. Lives are transformed along with nature in director Lasse Hallstrom’s screen version of Paul Torday’s novel, a charming blend of comedy and drama that also promotes the value of religious faith (A-III, PG-13).

In “Big Miracle,” set in 1988 Alaska, a television reporter (John Krasinski) stumbles on a hole in the offshore ice and discovers a family of gray whales. Trapped five miles from open water, they’ll drown unless something is done to free them. Director Ken Kwapis’ screen adaptation of the real-life events recounted in Thomas Rose’s 1989 book “Freeing the Whales” makes an inspiring and uplifting feature suitable for all but the youngest viewers (A-II, PG).

The endearing wildlife documentary “Chimpanzee” follows the fortunes of a young Ivory Coast chimp named Oscar as he, his devoted mother and the entire extended clan with whom they live become caught up in a turf war with a rival band of simians. Co-directors Alastair Fothergill and Mark Linfield’s narrative — recorded by Tim Allen — provides enjoyable viewing for moviegoers of just about every age (A-I, G).

The sequel “Diary of a Wimpy Kid: Dog Days” is a warm comic outing that emphasizes the virtue of honesty and the importance of familial ties. Zachary Gordon plays the awkward preteen protagonist who’s out to thwart his dad’s (Steve Zahn) plans to transform his housebound summer vacation into a long sequence of outdoor activities. Director David Bowers delivers a moving message amid the laughs (A-I, PG).

Theodore Geisel’s beloved 1971 children’s book is brought to the big screen by director Chris Renaud in the animated adventure “Dr. Seuss’ The Lorax.” Raised in a town where everything is artificial, a teen (voice of Zac Efron) sets out to win the girl of his dreams (voice of Taylor Swift) by fulfilling her wish to see a real, live tree. First-rate animation and catchy songs forward the theme of respect for God’s creation (A-I, PG).

Director Tim Burton’s skillful animated spoof of horror conventions “Frankenweenie” might scare small fry, but will delight their older siblings and amuse parents as well. After his beloved pet dog is killed in an accident, a socially isolated but scientifically gifted boy (voice of Charlie Tahan) uses stock monster-movie methods to bring the pooch back to life — with temporarily disastrous results (A-I, PG).

“The Hobbit: An Unexpected Journey” is director Peter Jackson’s epic adaptation of the opening part of Catholic author J.R.R. Tolkien’s 1937 children’s novel. A homebody hobbit (Martin Freeman) is reluctantly convinced by a wizard (Ian McKellen) to accompany a group of dwarves in their quest to recapture their ancient stronghold. The heroism of ordinary people and the potential for everyday goodness to subdue evil are the primary themes of the adventure that follows (A-II, PG-13).

In the animated comedy “The Pirates! Band of Misfits,” the warmhearted and enthusiastic — but not overly successful — captain (voice of Hugh Grant) of a motley shipload of 19th-century buccaneers dreams of winning the accolade “Pirate of the Year.” Director Peter Lord’s rollicking historical fantasy should make smooth sailing for teens and their seniors (A-II, PG).

“Rise of the Guardians” is a delightful animated adventure, based on books by William Joyce and focusing on the destiny of the legendary bringer of winter, Jack Frost (voice of Chris Pine). In his feature debut, director Peter Ramsey pits hope and wonder against fear and self-doubt in a tenderhearted and touching film entirely free of objectionable content (A-I, PG).

A poignant animated fable, “The Secret World of Arrietty” is based on Mary Norton’s 1952 novel “The Borrowers.” A sickly 14-year-old boy (voice of David Henrie) accidentally discovers a family of miniature people living unobserved in a secluded country house. Beautifully crafted visuals and a tone of gentle melancholy characterize this English-language version of a 2010 Japanese film, directed by Hiromasa Yonebayashi (A-I, G).

The clever animated adventure “Wreck-It Ralph,” directed by Rich Moore, ponders the meaning of life inside a video arcade machine once the “Game Over” message appears. The perennial bad guy (voice of John C. Reilly) of the title wants to be just like his good-guy opponent (voice of Jack McBrayer). So he abandons his game for others in search of fame and glory. His story offers a positive lesson in self-esteem for young viewers (A-II, PG).

PREVIOUS: Which ‘Side Effects’ you? R-Rated, or something less vulgar?

NEXT: Bewitching as these ‘Beautiful Creatures’ may be, they’re a cauldron of confusion for teens